So Friday, Carlytron and her gay roomies had a TV/film character-themed Halloween Party and it was awesome. The Golden Girls, Dr. Horrible, Rufio, Jem, Ashley from Top Chef and Sookie Stackhouse were among those in attendance.

As with past parties, I set up a camera with a self-timer on a tripod to allow guests to take photobooth-type images. This is a fun idea for parties and its always a big hit on The Facebook! Check out Team Autostraddle and a bunch of other lesbians, gays & allies in all our costumed glory! Recovering today, Tegan and Sara post to come! 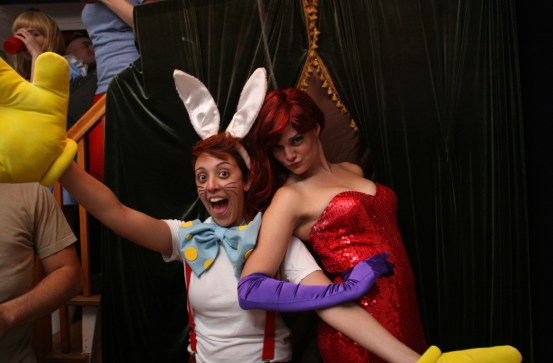 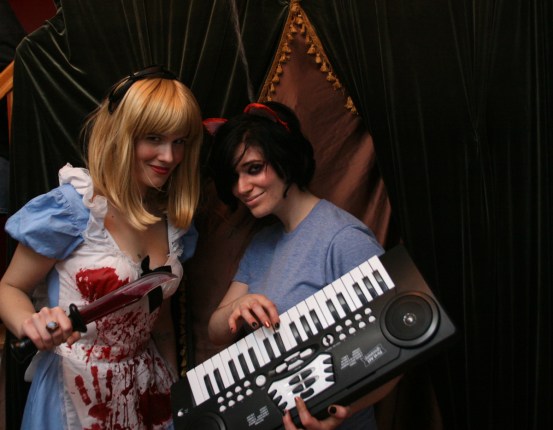 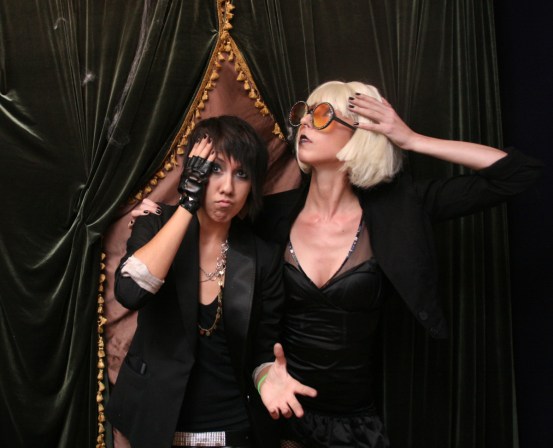 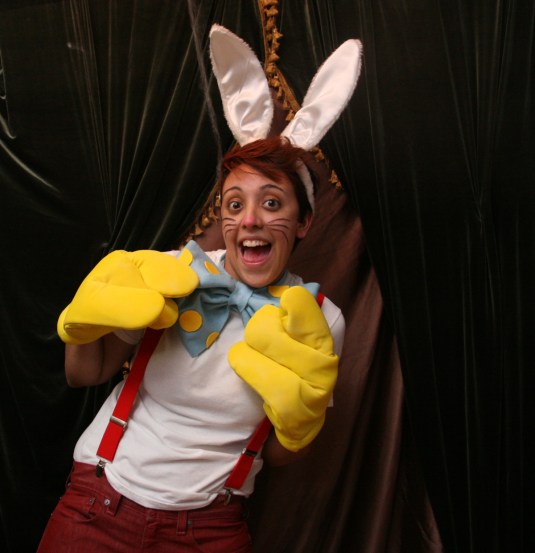 Adam and Gaga go to prom

Ashley from Top Chef and Glambert

Jessica Rabbit in all her glory