This week on The Real World: Ex-Plosion, Ari was really tired of all the bullshit. 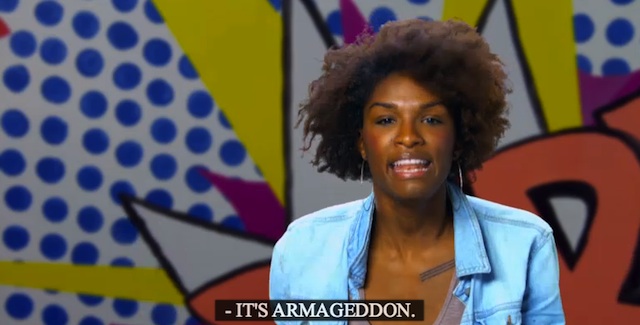 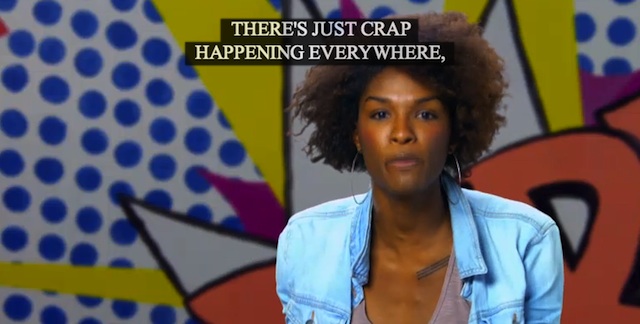 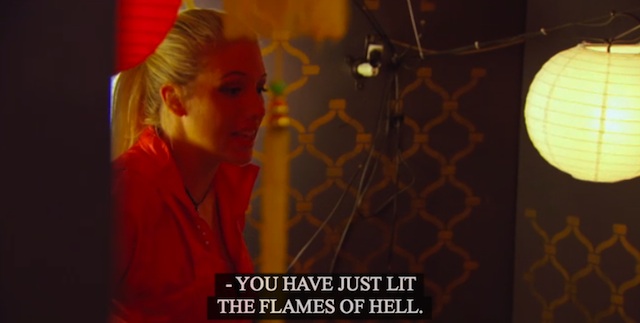 In the midst of all of this, however, there was wisdom. 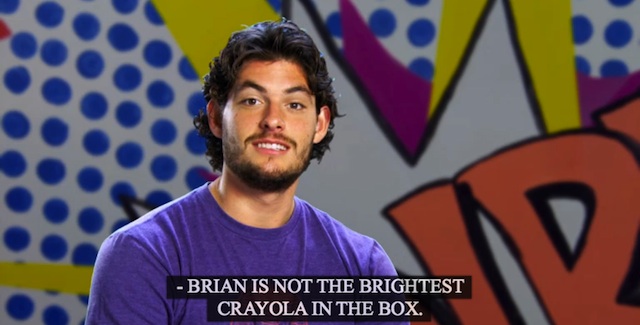 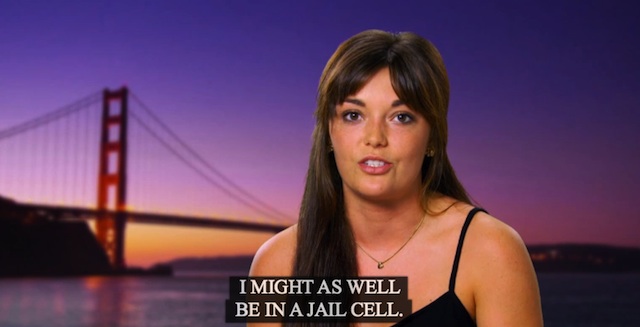 At the very least, let’s put it this way: things got weird. 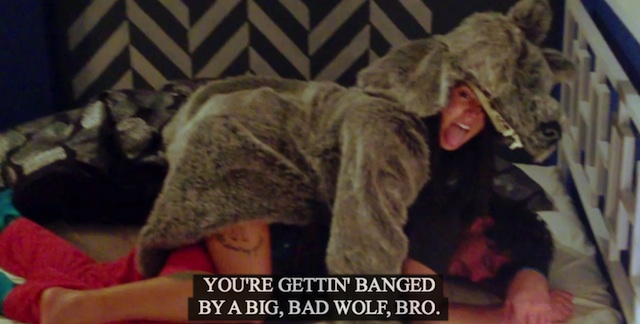 The lesbians coped as they typically do and purchased a pizza, but trying to actually eat it was difficult because Jenny and Brian were drunkenly fighting, Jay and Jenna were crying, and Jamie was wearing these really cute pink underwear that would make it hard for anyone to focus, really. 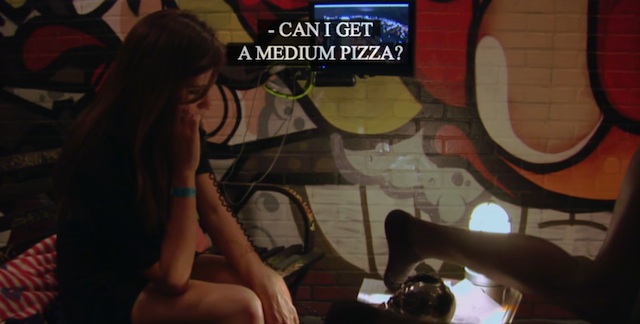 with extra Xanax on top

Later on, Jay disavows the entire house, Jenna looks like living hell, and Ari restrains Brian from slapping Jenny in the face. But they work through it. 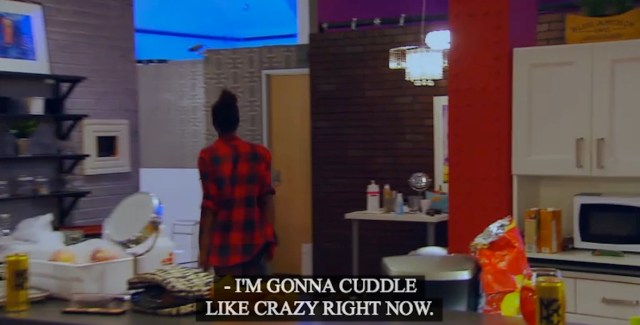 These are the questions you had for Ari “Cold Pizza” Fitz this week.

Meh… I read that as him feeling exposed, vulnerable and trying to say something that would hurt people’s feelings. 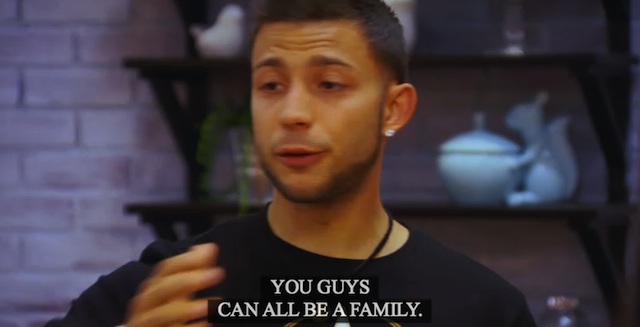 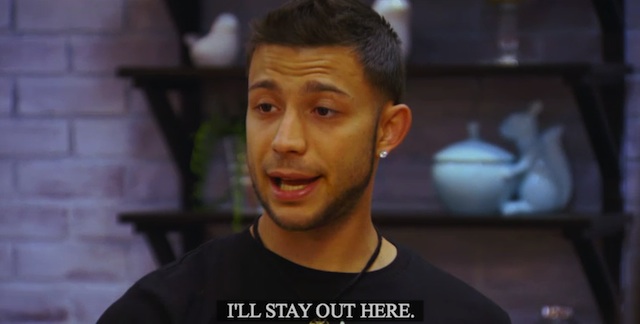 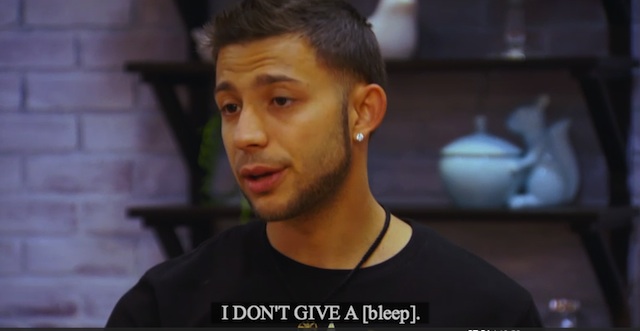 How did you feel about Brian kissing the girl ? And would you react like Jenny ? @itsarifitz #autoari

@itsarifitz do you think that Jenny did the right thing with slapping Brian ? #autoari

Brian was out of pocket for a few reasons: a) he set up the rules that they wouldn’t do anything and b) he went out of his way to kiss the girl.

I think Jenny had every reason to be upset… but there’s never any reason to assault another person. That got brushed aside too quickly, at the end of the day that is domestic violence and no one should tolerate that. Man or woman.

@autostraddle #autoari what is the policy of getting removed from the house over hitting roomies?

Still trying to figure that out bruh. We all thought if you hit someone you get kicked out. Never happened.

@itsarifitz #autoari so…yo what time era was @BrianTWillJr suppose to be born in? muscular Shakespeare. He's cool. But what is he saying!?

Yo! That seriously is a good idea. A #BWILL translator. I’d invest. I got no words re: #bwillspeak. He’s just ya know… Brian. Can we have a moment of silence for “muscular Shakespeare,” btw? Lol!

I honestly think both Jay and Jenna are flawed in this situation. Jenna is totally capable of speaking up for herself, and yet she doesn’t. Why? Jay takes full advantage of this/her, and yet manipulates the situation to look like the victim. Why does he always play victim?

Both have issues they need to deal with, IMO.

Nope, nada. Everything you saw was what I saw.

I think we all were! Jenny’s crazy.

Do you think Hailey is trying to hurt Tom ? @itsarifitz #autoari

I think Hailey is taking advantage of an opportunity to be on a show, live in SF for free and enjoy life. I don’t think she has any malicious intent… at least not yet.

#autoari How much does Pizza mean to you?

Pizza is up there next to my first kiss and intimate back rubs. Read: it means a whole helluva lot to me. 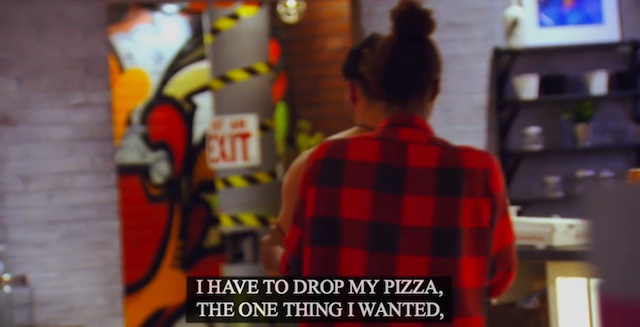 Wait did @itsarifitz ever eat that pizza or nah.?? #AutoAri

@itsarifitz did you even get to touch the pizza that night? lol #AutoAri

@itsarifitz did you even get to eat your pizza or just went to cuddle? #AutoAri

The question on everyone’s mind… Did Ari Fitz ever get to at least nibble that pizza or nah? The answer to your burning question is: YEZZIR! And, it was delicious. 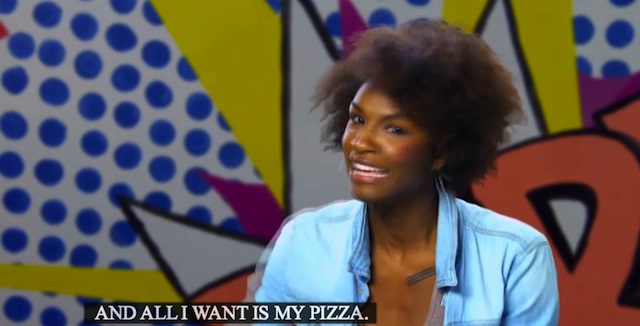 When the food arrives.

On Your So-Called Life

I came out to my family about 5-6 years ago. I talked a bit about this in a previous #AutoAri. Check it out here! 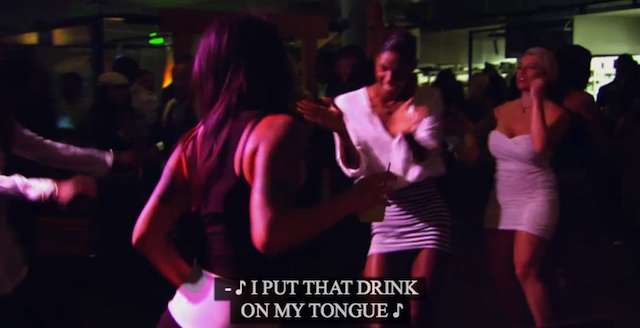 It’s just another day in the neighborhood to me. Hell, it’s what I signed up for.

Every week, Ari will pick her fave question out of the bunch and we will reward them with lavish prizes. This week’s winner, @jaria1983, will get a postcard from Ari via old-world mail.