Feature image via The Telegraph

A lot of cities had their Prides weeks ago, but that isn’t to say that rainbows stopped soaring. All around the world people are putting on their beads, glitter and smiles and taking to the streets. Admittedly some of the facepaint you’re seeing may be a bit more nationalistic in spirit, but that doesn’t mean we’ll be out shined by the Olympics! LGBT groups are dressing up (or dressing waaaay down) to fight for their right to celebrate this weekend.

Jerusalem had its 10th annual Pride parade on Thursday that honored the victims of a 2009 shooting at a local gay centre. Between 3500 and 5000 queers and allies came out to honor the victims and celebrate the LGBT community.

Montreal’s Pride Parade isn’t until August 19th, but there’s no need for pity. Montreal actually has two Pride festivals and this weekend is Divers/Cité. The Old Port transforms as DJs take the the stage and community leaders show off Montreal’s true colours. I’m gonna head down to the docks tonight! 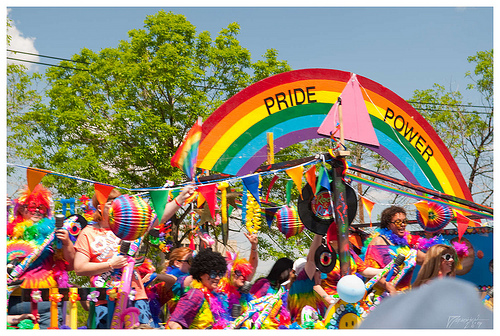 Liverpool, UK
Between the Olympics and Pride, I imagine that the UK will be running out of facepaint and alcohol by Monday. Liverpool Pride will be Nautical but Nice this year as they host the UK’s second largest Pride march this Saturday. This march marks a milestone for this third annual festival as two Premier League football clubs come out for the first time ever!

Vancouver, Canada
Vancouver Pride will always be my pride in my heart and the festivities kicked off without me! There will be a number of outstanding individuals part in Sunday’s Parade. Jenna Talackova, the Miss Universe Canada contestant that helped change pageant rules for everyone, will be one of the Grand Marshalls. She’ll be joined by the Canuck’s Manny Malhotra. He’s serving as an ambassador for You Can Play, an organization that seeks to break down barriers and stigmas for LGBT athletes. 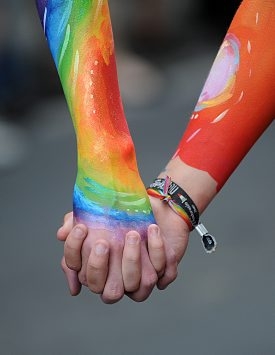 Hats off to Vietnam as they pull off their first parade on Sunday! Earlier this week it was reported that the Ministry of Justice started to propose revisions to the Marriage Law. This inaugural 200 person march could be the first step to make Vietnam the first Asian country to recognize same-sex couples and their rights!

Since I can’t write a happy post without someone raining on my parade, Port Stanley officials are doing just that. The Port Stanley Pride Festival is trying to have their inaugural parade this year starting August 10th. The municipal officials are “uncomfortable” with the situation and are demanding last minute changes that take up $12,000 of a $35,000 budget. I want to imagine that the world isn’t a horrible place that hates the pretty unicorns, so I’ll be naïve and believe that festival organizers may have missed some paperwork in their original application. Either way, good luck Port Stanley!

Pride 2012 isn’t over yet, so grab your beads and take to the street wherever you are! Amsterdam, Ottawa, Windsor, Eugene, San Jose, Hampton Roads, Madison, Chico, Charlotte, Calgary, Duluth and Austin all have a bit more time to plan their costumes. Make sure to message your fellow Autostraddlers and meet up if you need a friend. March in the parade, wave a flag or just be your fabulous self in solidarity. And oh, if any of your fabulous selves know how to remove glitter from hair/skin/underwear it would be much appreciated.