I’ve been on quite the journey with exercise. I started going to the gym regularly in college, but always saw it as kind of like a gas station or a dentist’s office: someplace you go to get the job done and then leave as efficiently and painlessly as possible. I only enjoyed being there because of (let’s be real) the self-righteousness high that could follow. I never imagined the gym as empowering — let alone body positive, queer friendly, accessible, or progressive. But that was before EVERYBODY, the new Los Angeles-based gym and wellness space that’s all those things and more. Trust me, fellow Angelenos: you’ve been waiting for this place. 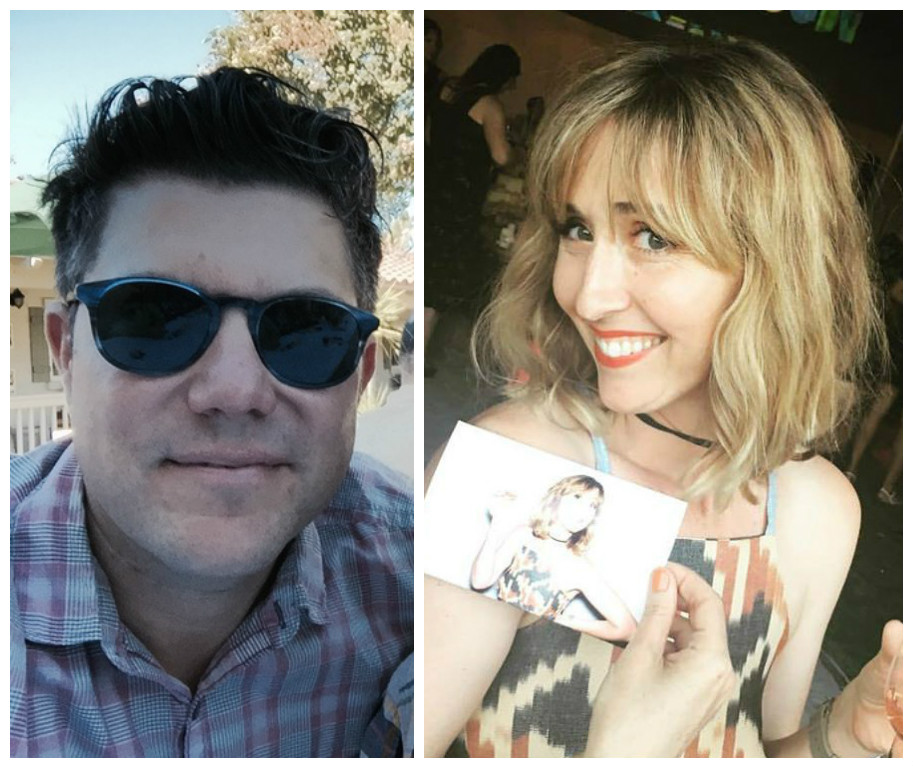 Co-founders Sam Rypinski (left) and Lake Sharp (right). Via everybodylosangeles.com and the EVERYBODY Facebook page.

Co-founders Sam Rypinski and Lake Sharp met in a Feminist Business School 101 class at the Women’s Center for Creative Work, and the project of our collective wellness dreams took off from there. “EVERYBODY was founded out of a desire to create a space that was truly inclusive of all bodies in a way that gyms, yoga studios, and fitness spaces never felt to me,” Sam says. “I always felt better after exercising, but also always felt it came at a cost, whether that was a really dirty locker room, an overly fluorescent space playing terrible music, or having to navigate a highly gendered space and endure sexist, homophobic commentary. I wanted to create a space that felt really good to be in, like you were actually going to feel better while being there — not only as an effect of sweating a little or getting your heart rate up.”

Lake knew firsthand just how restrictive mainstream fitness culture can be as someone who’d taught classes herself. “I’d left the industry after having a very bad experience with a very fancy private club where I was teaching. I had grown exhausted at policing the homophobic, sexist and racist remarks from my so-called progressive white male clientele. EVERYBODY is everything that my previous workplace was not!” 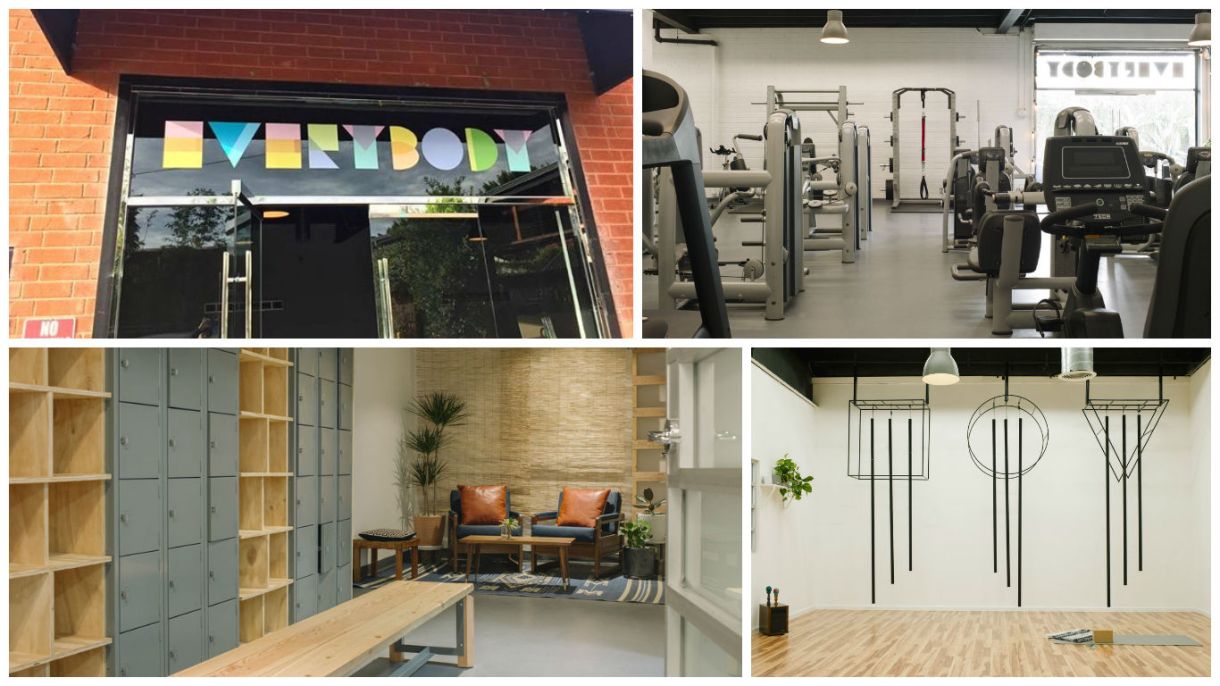 EVERYBODY features a gym floor with all the standard machines, a gender neutral locker room and lounge, an outdoor patio with benches perfect for a post-workout cool down, two different classroom spaces, and a wellness center. The classes fall into four categories: MOVE (dance/cardio/spin), BUILD (weights/circuit training), RISE (yoga/Pilates/breath work), and HEAL (meditation/body work), so there’s bound to be something for you here. There’s co-op child care during four classes per week. And take it from me when I say that the staff is top notch. Full disclosure that I’m EVERYBODY’S Accessibility Consultant, which means I got to meet all these folks as part of an accessibility workshop — and they’re so, so much better than your standard-issue frat bro gym trainers. The other day, I went in for a workout and ended up going to a staff training on trans inclusiveness instead. That’s par for the course at EVERYBODY.

“EVERYBODY is a space that I wish I had access to when I first started… It’s fun and truly affirms people while also being a safe and supportive environment.” 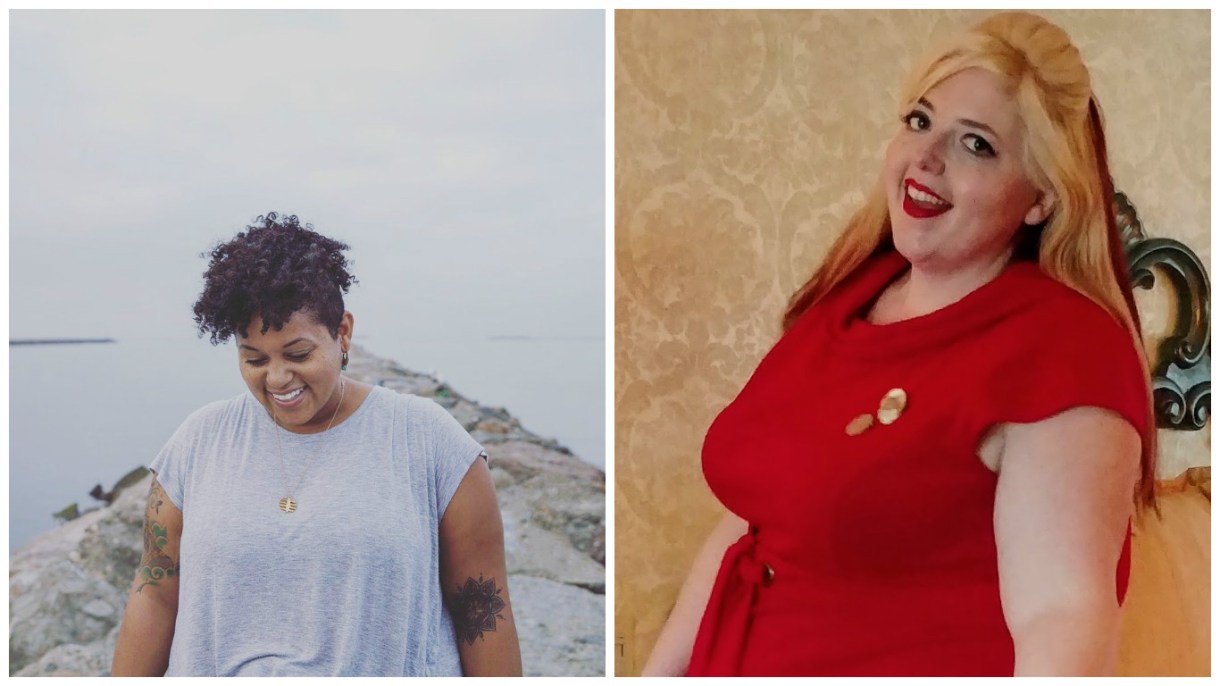 Alli Simon initially came on to train staff members on ethics and access, and wound up teaching a yoga class there (it’s awesome, I’ve taken it, you should go!). “When I began practicing yoga, I felt super insecure about my body and always being the only black girl in the yoga class,” she says. “I got looks like I didn’t belong and even had people tell me ‘you do know this is a really hard class!’ — as if my body wasn’t capable of moving like theirs. Which made me feel even more excluded! EVERYBODY is a space that I wish I had access to when I first started my yoga journey. It’s fun and truly affirms people while also being a safe and supportive environment for all bodies.”

“What is the dance floor like when we just get to be in a space that values all bodies?”

Bevin Branlandingham teaches Fat Kid Dance Party (For All Sizes to Heal From Body Oppression), “a mash-up of dance aerobics, line dancing, sing alongs and unbridled enthusiasm.” “I like to imagine it’s me, a self identified fat kid, hanging out with other fat kids and our friends having an amazing basement dance party,” she says. “It’s an an open invitation for anyone of any size who believes in eradicating body oppression to join us. What is the dance floor like when we just get to be in a space that values all bodies?”

That’s just what EVERYBODY is going for, according to Sam. “I love it when I hear a comment from another member about how psyched they are to show up to a gym where there are other bodies like theirs who they wouldn’t normally ever see,” he says. “It always thrills me to walk through and witness that range of people here together willing to be vulnerable and show up for themselves.” You can really feel that in the space; it’s an unusually inclusive, communal environment, even if you show up on a weekday afternoon during less crowded hours. I am a sworn introvert, especially while working out, and even I can’t help but talk with the other folks at EVERYBODY. And while there are staff and members of every gender and orientation, as a queer person I feel more than acknowledged there; I feel catered to.

“EVERYBODY goes against those standards that tell us in order to work out, to move your body or to just heal, you must look a certain way or be at a particular level. We must continue to create, support and uplift spaces that support our individual and collective healing.”

“EVERYBODY has a different vibe than the traditional ‘meathead’ fitness scene that we, especially Angelenos, are used to,” Alli explains. “I tend to have a greater awareness of how much more I am affirmed and accepted as a Queer Femme abundant-bodied Yogi. Spaces like EVERYBODY are so important to our community. EVERYBODY goes against those standards that tell us in order to work out, to move your body or to just heal, you must look a certain way or be at a particular level. We must continue to create, support and uplift spaces that support our individual and collective healing.”

Bevin has a similar take: “The choice to prioritize moving your body is so hard. There are so many barriers to making it happen. The way I do it is to remember that self care is vital to changing the world. Self care helps you be more capable of resistance, resilience and activism. Hopefully this will help folks make a choice to prioritize their self care and come move with us.”

If that sounds like what you’re into, EVERYBODY’s membership packages are designed to suit all different income levels, and there are discounts for families, company groups, and local residents. Classes are available a la carte, the space hosts lots of events — basically, if you want to be part of this community (and you should!), they’ll find a way to make it happen for you. Right now they’ve got a billboard special going on: take a photo of one of EVERYBODY’S five billboards around town, post it on social media, and tag them, and you’ll get a 30% discount on a six-month autopay membership. And if you’re not in Los Angeles, you can still support EVERYBODY’s mission by donating at their website.

The EVERYBODY motto is “Less gym, more movement” — and that’s exactly what they deliver.