Over the last few years, sex toy companies and stores have asked us to review their toys in exchange for, you know, their toys. Today we’re reviewing The Womanizer Premium. 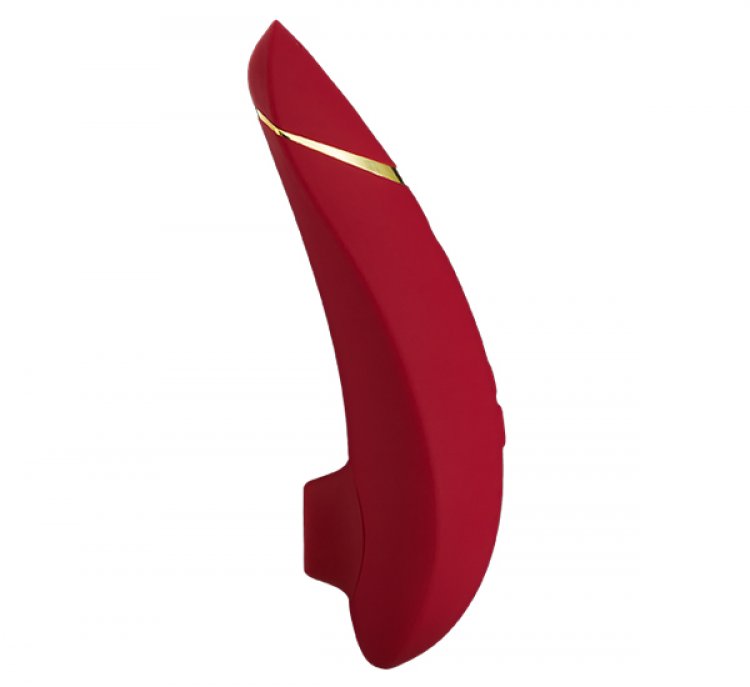 Almost everyone I have spoken to who has tried the Womanizer Premium agrees on two things: the name is fucking awful and the device is fucking fantastic. If you can get past the terrible branding and if you enjoy clitoral stimulation, I feel really really confident saying you are going to be obsessed with this toy. It has a cult following for a reason. Its job is to make you orgasm quickly and impressively, and it’s really really good at its job.

That could literally be the entire review, truly. I am so besotted with this toy. But in the interest of helping you decide if you will also fall in love with this device, I will say a bit more.

I’ve been coveting the Womanizer Premium for more than a year, so it is fair to say that I went into this endeavor with extremely high hopes. It is also not an exaggeration to say that this toy not only met but absolutely exceeded every single expectation I had. Aside from its, again, awful name, this toy is in my opinion perfect. Let’s review.

This design is very sleek and very intuitive. The material feels really good when you hold it in your hand and it feels sexy when it’s pushed against your bod. All three colors – red, black, and white – are beautiful, the piece of the toy that is most likely to get covered in bodily fluids is easy to pop off and wash (and comes in multiple sizes so you can probably make it work with your bod!) and the whole toy is 100% waterproof, the magnetic charging mechanism on the device is practically invisible, and the button that makes the intensity ramp up is larger than the button that lowers the intensity, which I found to be a small but important detail because toys that have buttons that are the exact same but do opposite actions in the intensity department are really confusing for me to handle at uh, crucial moments.

The Womanizer brand’s whole schtick is that it’s different from other vibrators – you’re not actually putting a vibrating object on your clit, but rather all the Womanizer products fit snugly around your clit and use special “Pleasure Air Technology” to stimulate the clit without any direct contact. People have described it as mimicking oral sex, which I guess maybe it does, but to be honest I don’t love oral sex and I do love the way this feels so I don’t know, YMMV. The best way I can describe it is that it feels like your clit is getting a lot of attention but not in a way that overstimulates or dulls the sensation (which can sometimes happen with a direct vibration). It’s a very pointed sensation but also sort of encompasses your entire body. It feels really good. That is the understatement of the century.

The Womanizer Premium is not the first version of the product released, and it has some key upgrades. There’s the Autopilot mode, which is actually three separate modes of differing intensities that you can default to if you don’t feel like being in charge. I personally love being in charge (except for when I, well, don’t) so this feature didn’t do a lot for me but some of my friends swear by it. There’s also the Smart Silence function, which was more impressive to me – even once the toy is turned on, it only starts doing its job when it is up against your skin. If you pull the toy away from your skin, it stops. I did notice that this didn’t totally work when I was ejaculating – once the toy got wet it seemed to get sort of confused about what was my bodily fluids and what was my skin and the Smart Silence function became sort of useless. I had a similar problem when I used the toy in the shower. It wasn’t a big deal to me, but if you’re really stoked about the Smart Silence feature, that’s something to watch out for.

Oh! And! My one fear when it came to the Womanizer Premium is that it would make me orgasm too quickly. All over the web you can find reviews of folks saying they came in less than 3 minutes, that the orgasm was “ripped” from their body (ouch), that they didn’t get a chance to really enjoy the ride with this toy. As someone who takes her masturbation rituals extremely seriously, I was a little concerned that this toy would work too well and cut my self sex session short. But it did not! Obviously every body is different, but I actually found with the varying levels of intensity on the Womanizer Premium (there are 12!) I was able to stretch out the time it took me to orgasm for at least 30 minutes, and I definitely could tease myself and hold out longer but listen, I’m only human.

Also, this toy has made me squirt every time I use it.

In short: the name is shitty, the product lives up to the hype, solo orgasms are rad and this toy will definitely help facilitate them, and the Womanizer Premium makes me happy to be alive and single – amen.