Over the last few years, sex toy companies and stores have asked us to review their toys in exchange for, you know, their toys. Today we’re reviewing Fun Factory’s Magnum! 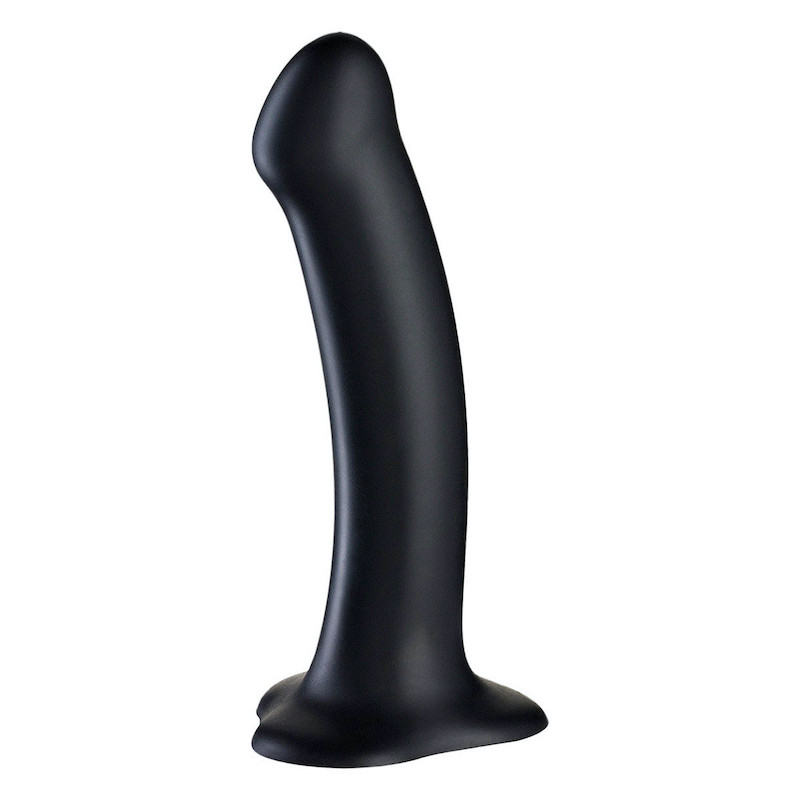 Color: Black or pink
Material: Silicone
Length: 7.1 in
Diameter: 1.5 in

At first glance, the Magnum is a sleek, gently curved toy made entirely of smooth, matte silicone (so, not the super-tactile Vixskin kind that will somehow attract all the cat hair in your apartment). The head widens out into somewhat of a bulb, with a kind of gentle ridge on the inside of the curve for g-spot or p-spot stimulation, but definitely isn’t “realistic,” and maintains the same width down the shaft rather than widening toward the base. Which, the base! As is customary for Fun Factory dildos, the base is thinner and more flexible than you may be used to, and forms three rounded corners rather than a wide circle.

Although the Americans among us may associate the name Magnum with bigger girth (or, deliciously, those ice cream bars), the Fun Factory’s Magnum is only just slightly on the thicker-than-average side at 1.5 inches. With a texture that Fun Factory describes as “not-too-rigid,” the Magnum has some give to it but is definitely on the firmer side. To me, this is the biggest difference between the Magnum and the dick I own that’s closest to it, the Pleasure Works Siren — they’re a similar size and shape, with the Siren being a bit thinner and more curved & tapered, but mostly the Magnum is much firmer silicone throughout than the Siren — think the difference between an almost-but-not-quite-ripe avocado and one you need to eat today right now immediately.