If you were one of the millions of people cuddled up with Netflix this weekend, you saw the rebooted Iron Chef rocket to the top of the charts. It landed in the streamer’s top ten only a few days after dropping, which makes sense — people all over the world have always loved the high energy Japanese cooking competition. This time, though, there’s an even bigger draw than the world-class food and culinary chaos, and that draw is Top Chef champion and queer icon Kristen Kish, who joins Alton Brown as co-host in Kitchen Stadium in their QUEST FOR THE IRON LEGEND! Kristen brings all her foodie skills to her commentary, and also oodles of charm, that smile, and endless gay suits.

I’m not going to spoil anything about the eight episode series, but I will say it’s an absolute delight watching Kish zoom around Kitchen Stadium, talking up the contestants and judges. In previous seasons, Brown has mostly stayed behind his little host desk, with all his monitors, but Kish is always chomping at the bit to leap over the table and get into the kitchen areas to taste the food and pal around with her buddies (including Top Chef alum Gregory Gourdet and Mei Lin, both also good friends of another queer heartthrob Top Chef, Melissa King, maybe you’ve heard of her).

Even better than discovering the day’s secret ingredient and watching all the dishes come together? Seeing what suit Kristen Kish is wearing to the party. And here is an ode to them, visually. 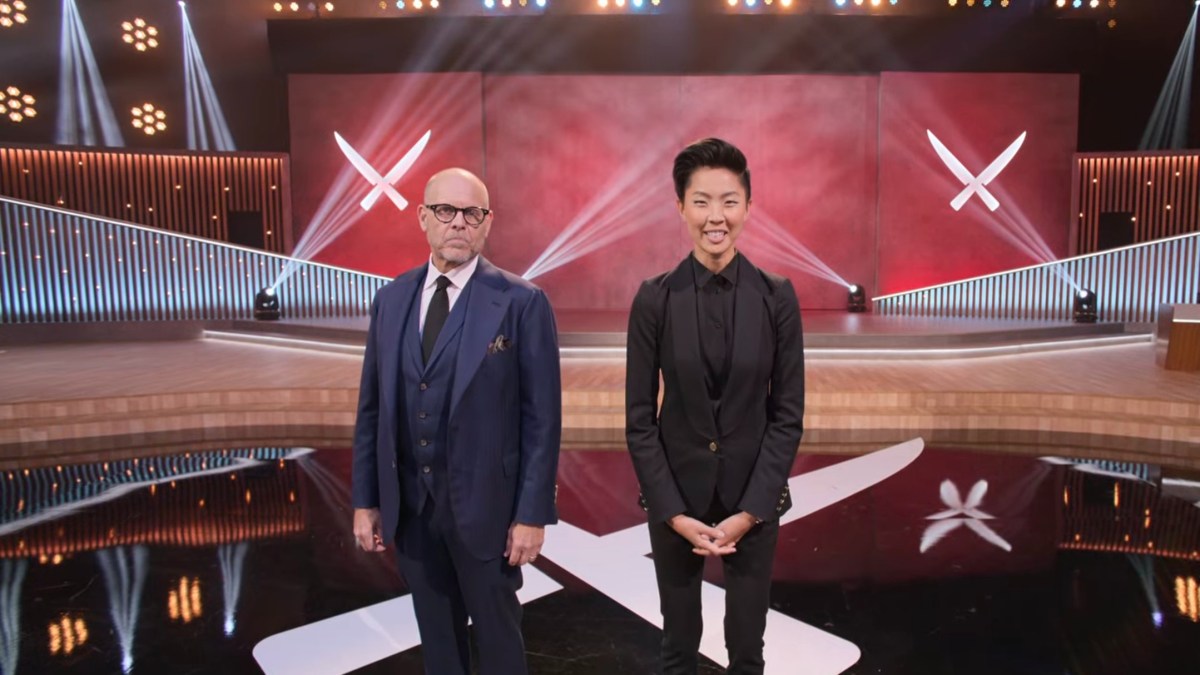 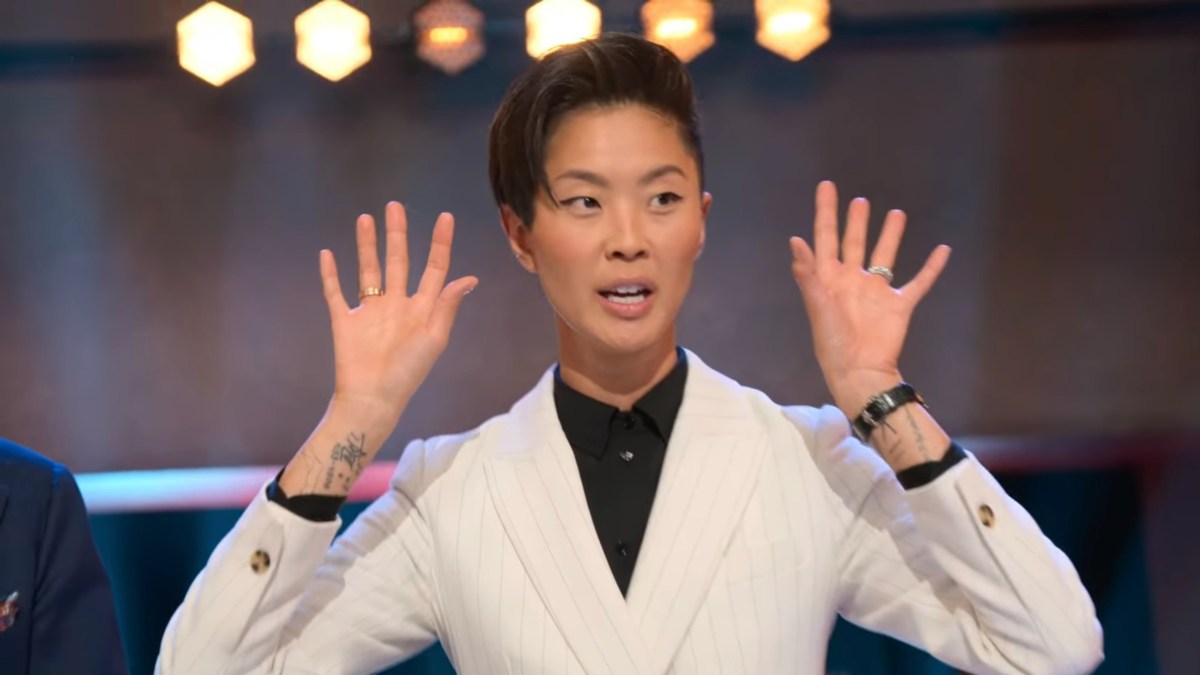 The White on White Pinstripe 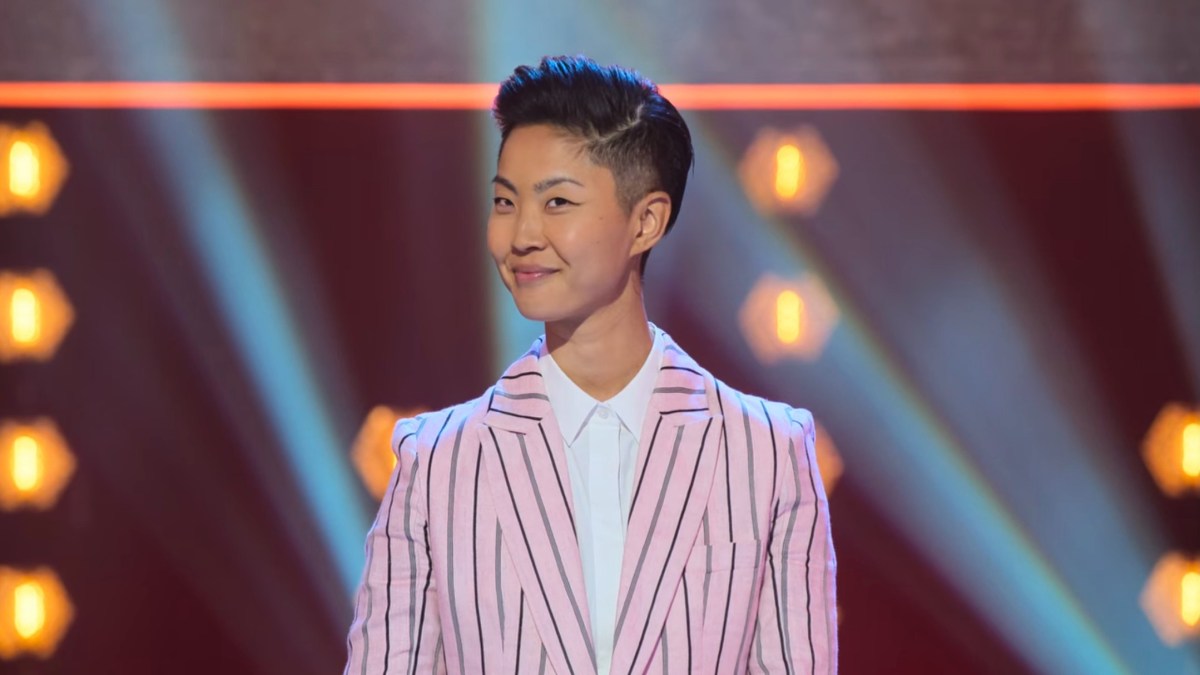 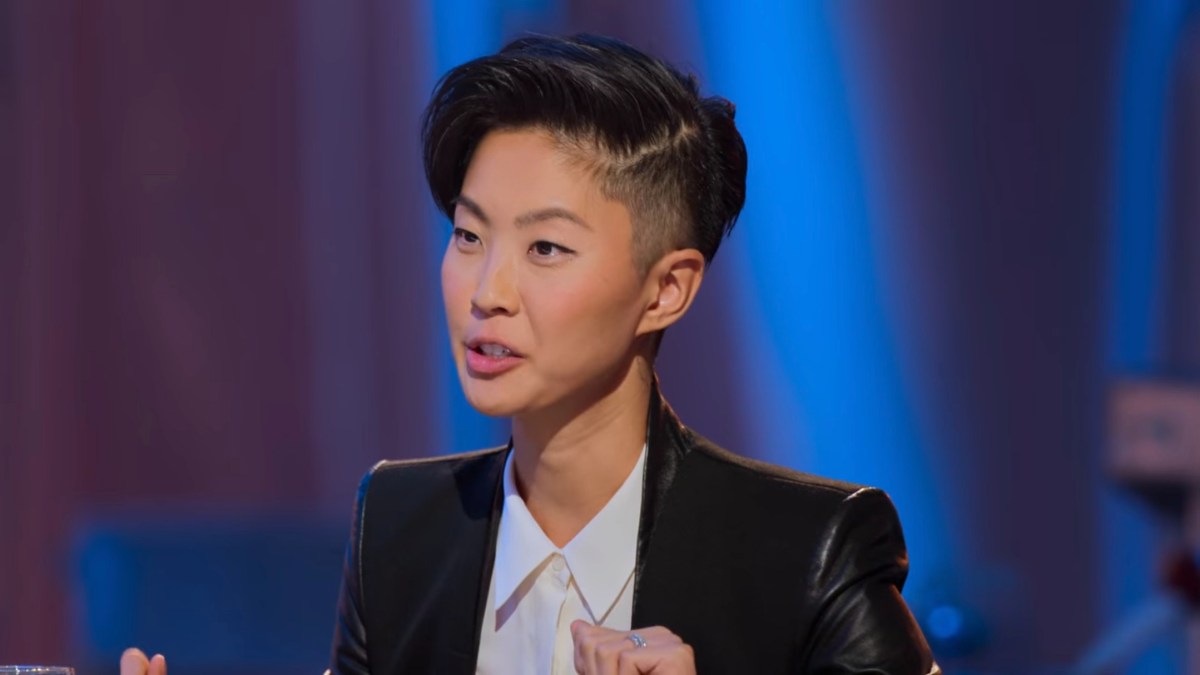 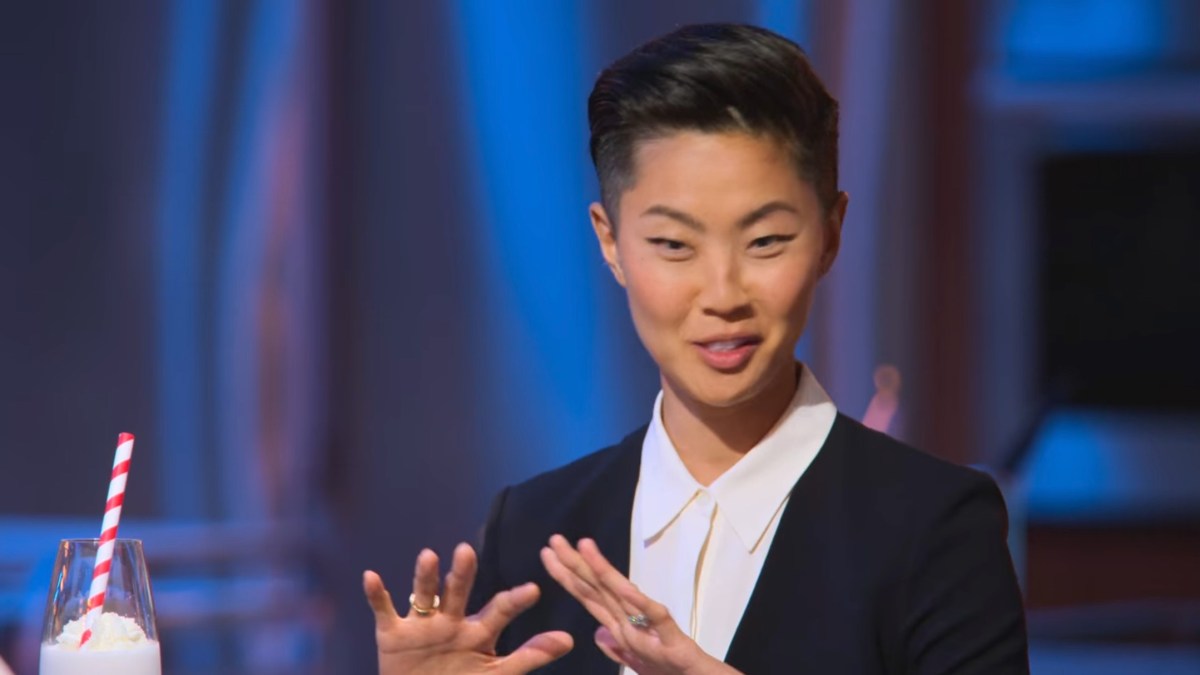 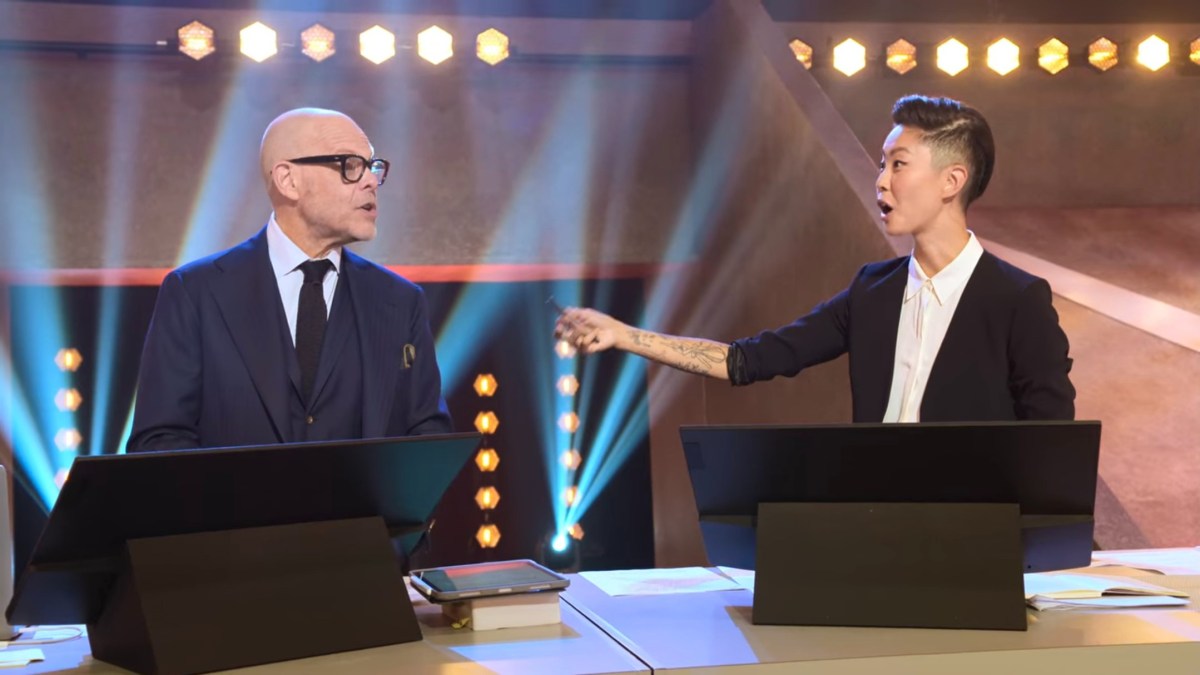 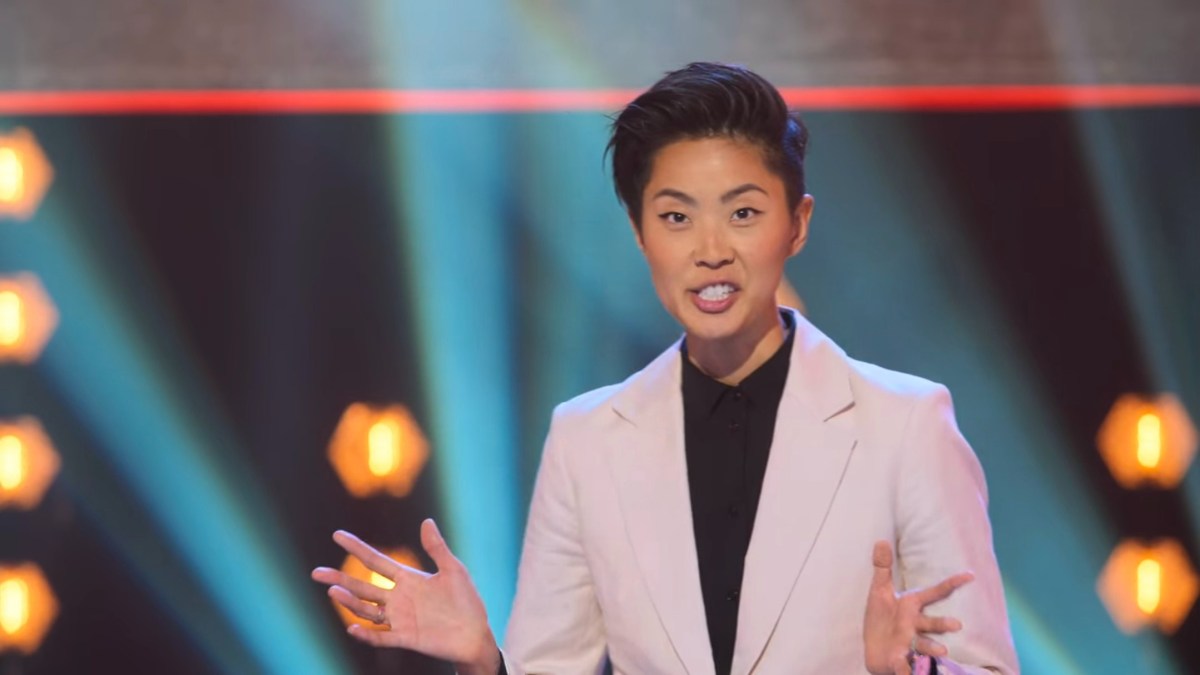 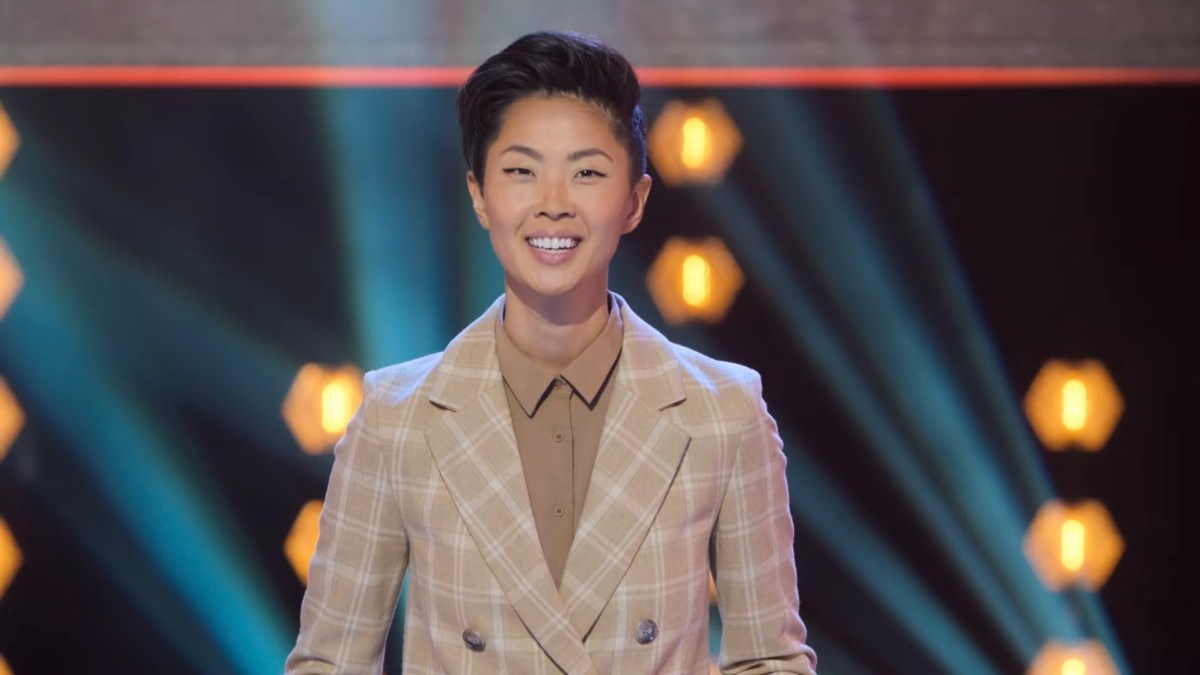 The Daddy (Not Dad) Plaid 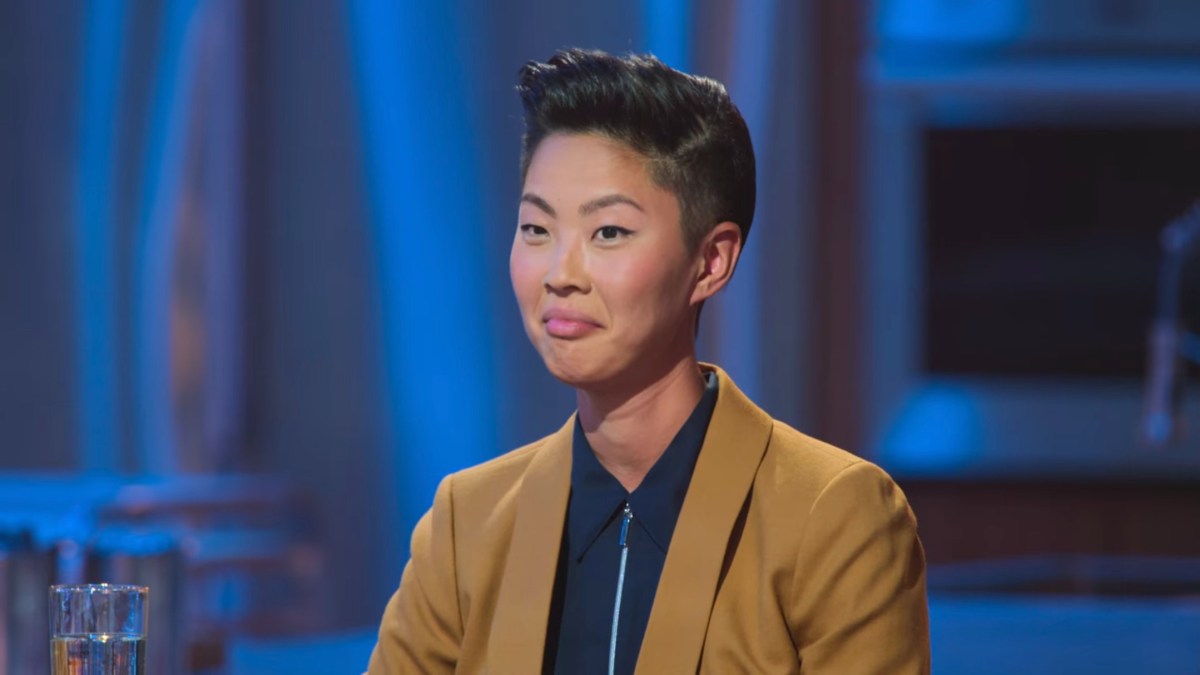 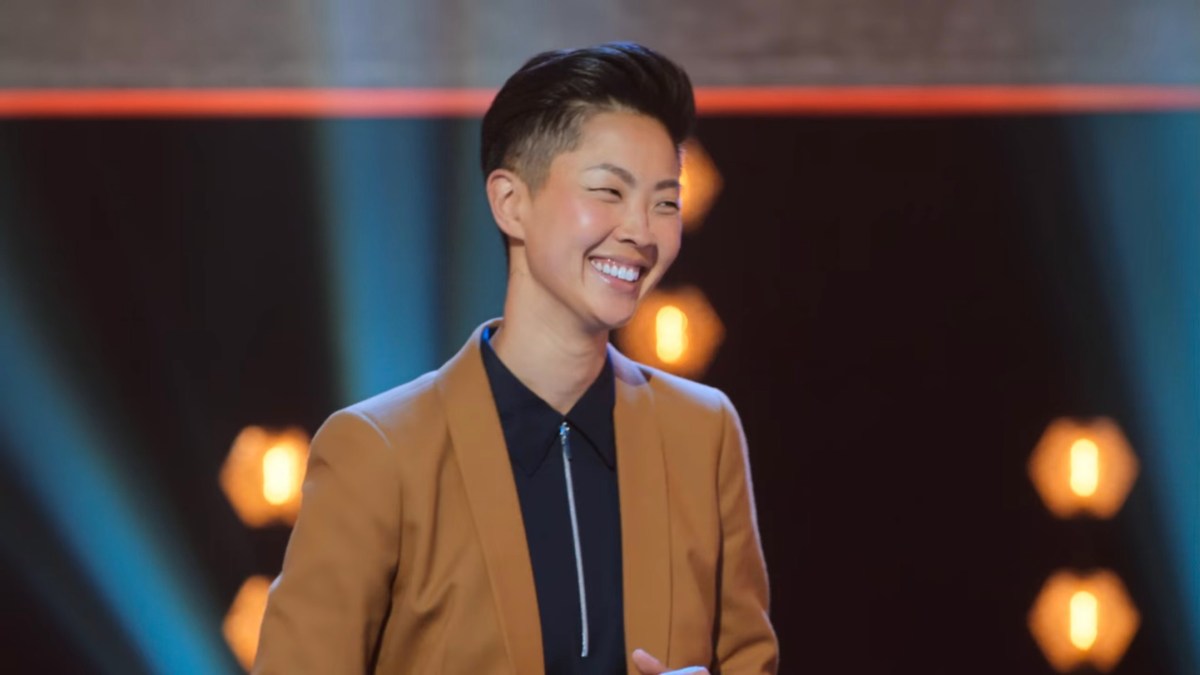 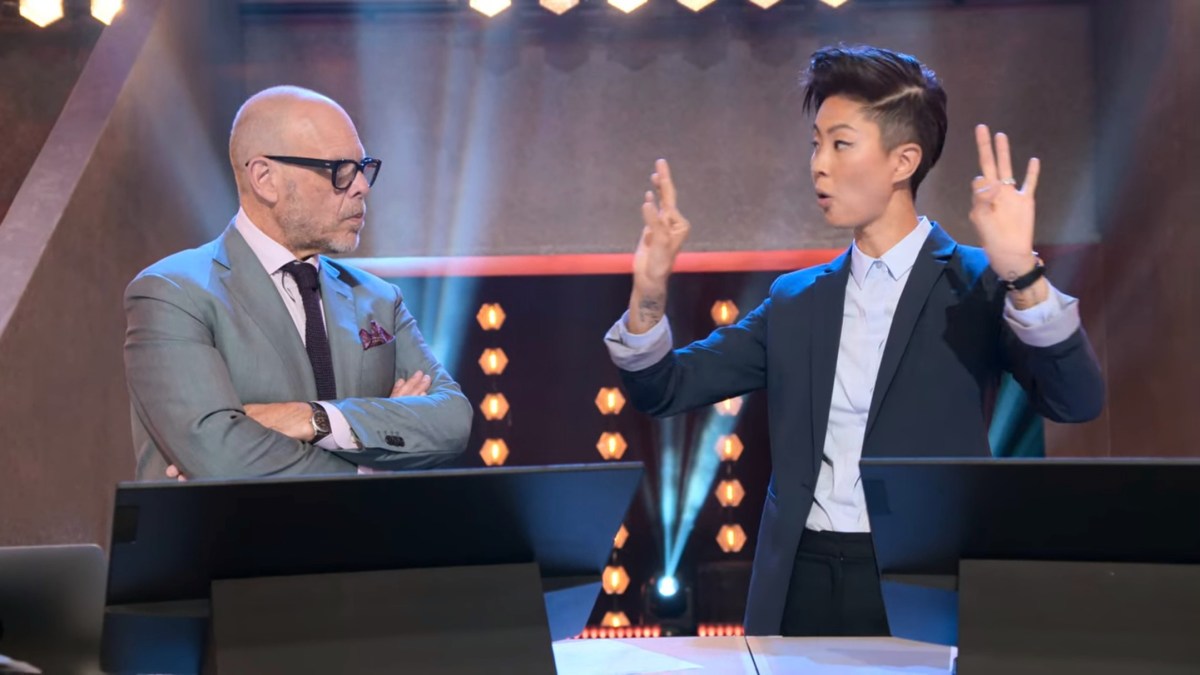 What was YOUR favorite Kristen Kish moment from Iron Chef?