Hello, snow owls! Snow owls were my favorite owls growing up, and once I made one for a project in elementary school, like did all the work on creating a beautiful cardboard life-size snow owl bb for this art project, and then my partner who only wrote the accompanying blurb took it home because I had weird hair and didn’t know how to stand up for myself.

Here’s the stories we missed this week.

HBO PICKED UP “THE MISADVENTURES OF AWKWARD BLACK GIRL.”

Now I’m just waiting for them to give B a show of some sort and let me live out my life dream of being in her posse. But I digress.

It was only 11:57 — three minutes before Minnesota would join Rhode Island as the 12th and 13th states to legalize gay marriage. As the clock struck 12 a.m., the mayor continued: “By the power now finally vested in me, by the laws of the people of Minnesota, we hereby declare Margaret and Cathy legally married.” And with that, Margaret Miles and Cathy ten Broeke became one of the first same sex couples legally married in Minnesota, one of 66 such weddings (46 of them officiated by the mayor) performed at City Hall between midnight and 7 a.m. in a ceremonial blitz. For supporters, the night marked a historic victory years in the making. And it may never have happened were it not for the strong opposition of Minnesota Republicans.

+ In Kentucky, lesbos lose out on spousal privilege – and thus are forced to testify against each other in murder cases. But that’s a very short synopsis.

+ In Alabama, a lesbian mom won parental rights in what shouldn’t be a milestone. Don’t they know that lesbians make the best moms?

Doesn’t everyone already know the answer to “why have virtual sex” is “why not.”

Lessons from the Front

Michelle McLeod knows her shit when it comes to LGBT equality – but why wouldn’t she? She’s been in the game for 25 years, and by “in the game” I mean “actively involved in the challenge for her own human rights.”

I served in the Navy during the Reagan Administration, when there were, “nearly as many [servicemembers] discharged — at least 13,236 — as in the entire 17 years of Don’t Ask Don’t Tell.”, I became an instant activist and advocate the moment I uttered the words, “Are you asking me if I’m gay?” to the U.S. Naval Investigative Service. After a couple of degrading interrogation sessions, and countless required visits to the psychologist on base, I proceeded to negotiate my own general discharge of a General, even as a dishonorable one lingered over my head.

Up until then, I has been just another worried service member. Between being my authentic self and the sailor that the Navy wanted me to be, I felt like an underground criminal on the verge of a meltdown. How could I merge my two lives, and still be a full member of the U.S. armed forces?

I learned, sadly, that it wouldn’t be possible for me. It was time to leave. Because of the humiliation involved (especially seeing bestiality and homosexuality classified in the same sentence on my discharge paperwork), I became an open opponent to any and all policies that discriminate on the basis of sexual orientation. I was never going back in the “closet,” and I respected anyone who put their neck out in the name of equality.

+ The You Can Play campaign to end homophobia in sports is finally gettin’ some laydeez.

More and more colleges are asking you about your sexual orientation during the admissions process. It helps relieve my worries that educators will continue getting fired for being openly gay anywhere.

In Canada, Trinity Western University is not gonna just get away with banning gays from entry – explicitly or not. If the students are lucky, though, they might turn it into a gay-friendly campus like all those queer freaks at Georgetown. 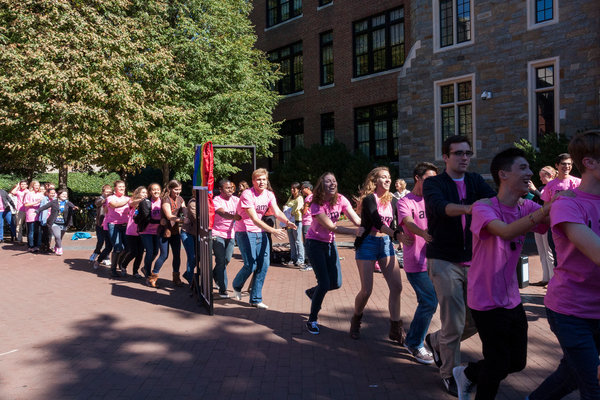 (My hope is mostly that all the queer activism on these campuses also leads to more feminist activism so we can finally end the campus rape epidemic. Much like the queers, it isn’t going anywhere. But unlike the queers, it’s not awesome at all.)

Does anyone like Christine Quinn? She can’t seem to catch a break. 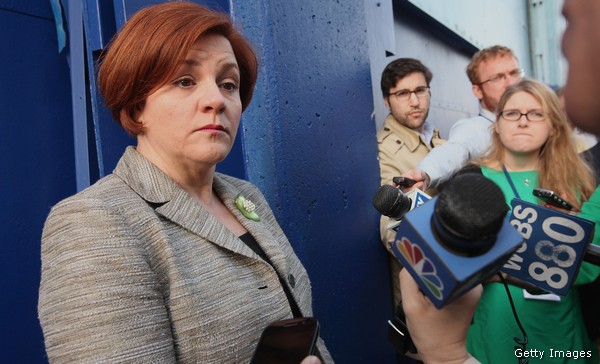 At Cubbyhole, a popular New York lesbian bar, for every two revelers who praised City Council speaker Christine Quinn in her race to become the city’s first woman and first openly gay mayor, one complained about her style and political policies.

“Just because she’s a lesbian, it doesn’t mean I’ll vote for her,” said Veronica Gonzales, 32, who works for a non-profit organization. “She is not socially liberal enough, and she has this air about her like she is above it all – like she is above us.”

…Quinn is the only woman in the race, and the only openly gay candidate, yet she scored only 30 percent support from women in a survey by Quinnipiac University published on July 29. Polls do not break down voting preferences by sexual orientation.

I wish Natasha Lyonne was apartment hunting with me so we could have interesting hair together forever.

“Here’s my situation, all right,” says Lyonne, in an accent that’s a cross between a Jewish grandma and Marge Simpson’s hard-smoking twin sisters. “I’m living in a fucking beautiful building in a beautiful apartment the past five years. I have a 40-year-old man I live with and a small animal. The apartment got too small to really make it worth the raise in the rent.” The small animal is an adorable Maltipoo named Root Beer, and the 40-year-old man is her boyfriend of two years, Andrew, a former Times reporter she met at an Angela Davis rally in Washington Square Park during Occupy Wall Street. His pickup line, ironically enough, was about an L.A. sublet they were both looking at and both failed to get. “So instead we just started sleeping together, and now we have a new real estate situation,” says Lyonne. “I thought he was way too sophisticated and intelligent and reasonable to actually be my boyfriend. I thought it was going to be a one-night stand and I was just gonna suck out all his brains in one night,” she says, cackling. “He had a much better vocabulary when we first met.”