In a span of less than three weeks, the first three known murders of trans women of color in 2015 have been reported. All are black trans women. 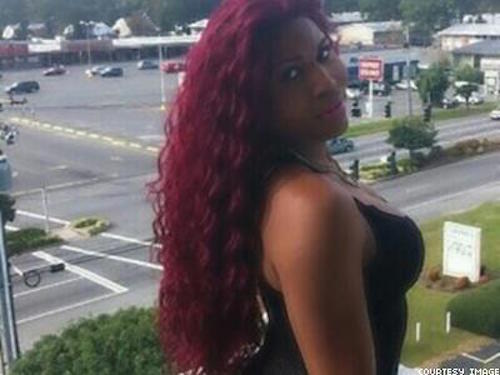 Lamia Beard, 30, of Norfolk, Virginia loved music and travel. She sang and played the flute, oboe, piccolo, and piano. She earned a full scholarship to Bethune Cookman College. She spoke French fluently. Her favorite artist was Beyoncé. She was very close to her family and friends. In an Alternet article celebrating Beard’s life, her sister, Kiara Parker, said: “Lamia used to brag to friends that she had a family who accepted her because a lot of people in the LGBT community did not have their own family to accept them.” According to the Alternet interview, Beard and her other sister, Kendall Beard, had just gotten a manicures together the day before Beard’s death. Lamia Beard’s body was found with life-threatening gunshot wounds on the morning of Saturday, January 17th. She was transported to the Sentara Norfolk General Hospital, where she passed away. 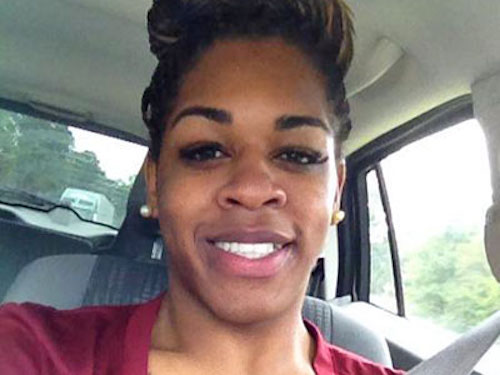 Ty Underwood, 24, of Tyler, Texas was an assistant at a nursing home and was planning to go to school. She had recently been accepted to Kilgore College’s nursing program. Her friend, Kenya Darks, told KLTV, “She’s a fan favorite. Everybody likes Ty.” Just nine days after Beard’s murder, Underwood was found in her car, dead from three gunshot wounds, on Monday, January 26th.

No arrests have been made in either case.

UPDATE [1/28/15 2:37 PM]: A third woman, Goddess Edwards, 20, of Indianapolis, Kentucky, was actually the first reported black trans woman to be killed in 2015, as was posted today by TransGriot. Because of misgendering by the media and law enforcement, we are only just learning of Edwards’ death and still do not know her first name. This is what misgendering does. This is transmisogyny in action. Goddess Edwards (as Lourdes Hunter, the National Director of Trans Women of Color Collective, has chosen to call her) had her name stolen from her. This is a final act of violence against Goddess Edwards, of making black trans women invisible, of trying to make their lives matterless. What we know is that Edwards was murdered on January 9th. She was found at the Fern Valley Hotel and Conference Center. She was transported to the University of Louisville Hospital where she was pronounced dead of a gunshot wound to the chest. No more details have been revealed yet about Edwards. A suspect, Henry Gleaves, has been arrested and charged with murder. The only available photo is an old mug shot that the police department released, which is why there is no picture of her here out of respect for Edwards.

Goddess Edwards, 3rd Black Trans Woman murdered in the U.S. this month. WE ARE AT WAR AND OUR YOUTH ARE THE TARGET! http://t.co/fJMhTfRUnP

In all of these cases, local media continually and willfully misgendered the victims, using their dead names and the wrong pronouns even as both Beard and Underwood’s friends and family used the correct name and pronouns. Their deaths were used as clickbait. One media outlet insinuated that Beard was in an area that “transgender prostitutes are known to frequent,” to the anger and dismay of Beard’s family. Edwards’ story has been buried for weeks because of media and law enforcement misgendering.

According to the most recent report from the National Coalition of Anti-Violence Programs’ (NCAVP) most recent report, almost 90% of LGBTQ homicide victims in 2013 were people of color. Almost three quarters (72%) of homicide victims were transgender women, and more than two-thirds (67%) were transgender women of color. In 2014, TWOC, and mostly black trans woman, were murdered at a rate of greater than one woman per month in America. In fact, 12 out of 14 of TWOC murdered in 2014 were black women. How do you make people pay attention?

The deaths of Beard and Underwood and Edwards come shortly after the tragic and awful death of Leelah Alcorn, but have received much less attention and public displays of grief than Alcorn’s. Alcorn absolutely deserved love and support and the outpouring of emotion that followed her death. It’s hard not to see it, though — that Alcorn’s life, the life of a white girl — seems to matter so much more to so many more people.

Whether intentional or not, every person who posted about Alcorn and went to vigils for her and pledged to do better but who didn’t do the same for Beard or Underwood, is part of the problem. Is silently complicit of the invisibility and vulnerability of TWOC. Where is the outpouring of support and tears and promises from cis allies? Where is the celebration of Beard and Underwood and Edwards’ lives and dreams? Where is the 330,000 strong petition to enact laws that protect TWOC?

There’s not much to say that hasn’t been articulated perfectly by trans women of color themselves. L’lerrét, co-founder of the New Orleans chapter of the Trans Women of Color Collective, wrote in her Trans Day of Remembrance piece:

I implore you to sit back and ask yourself how you contribute to the violence and injustice against trans women of color. How do you reinforce the marginalization and ostracism of myself and my sisters? It’s all fine that we become aware of our lives but we need more than for you to finally see that we are walking this Earth. We need you to hear us. We need you to sit quietly, take notes, and begin to conceptualize what a restructured system that is void of misogynist, racist, ableist, etc oppression would look like. It’s not enough to read the names of my sisters killed off by the normative nature of this capitalistic system. Moments of silence are not enough. Calling us courageous is not enough. Having one or two trans friends is not enough. We need to begin to develop more complex analysis of the world in which we live. We need to rebuke assimilationism. It is an imperative to eradicate the prison industrial complex and the criminalization of sex work in all forms. I implore you to begin to question what has been engrained in you since birth. Own yourself and you can begin to see the truth.

I envision a period where being a black trans woman in all her glory is not deemed “courageous” or “revolutionary.” It is a ridiculous notion to think that one being themselves is revolutionary. I want to be able to walk to McDonald’s at 9:00 at night and not have to worry about being killed by transphobic bystanders, sexually molested by misogynistic jerks, or both of those things being perpetuated by police officers. I want to see my sisters out of jail cells. I want to see my sisters with jobs. I want to see them happy. I want to see black trans brilliance everywhere and until that day comes, we will not stop. The movement will always continue. Our voices will forever be the loudest. We will always walk with the fervor and passion that our fore sisters embodied. We are the revolution. We are Goddesses. Our lives matter.

…it’s no coincidence that nearly all of these women are trans women of color, many of them black. As we’ve seen recently (and all throughout our lives, to be perfectly honest), black lives are not valued very much in America. When you live at the intersection of being transgender, a woman and a person of color, you are especially likely to be targeted for violent attacks or discrimination. This is even more true for black trans women.

Following the deaths of Beard and Underwood, trans activists and leaders took to Twitter, calling for justice and for recognition that #blacklivesmatter and #translivesmatter, demanding a #blacktransrevolution that is centered on the work communities of TWOC are already doing to make change.

KaeLyn has written 222 articles for us.