The Internet can be a lonely place for prairie homo Autostraddlers. Sometimes it feels every link brings you to a fantastic-looking New York lesbian event page, like ever queer fashion blog is fill with models who – judging from their thin-layered “coats – couldn’t possibly be from the Canadian prairies. Sure, there’s A Prairie Homo Companion, but it only comes out (no pun intended) once a week! Where oh where oh the internet is your heart supposed to play all the other days of the week? I’m here for you, dear prairie homos and so is the world wide web. 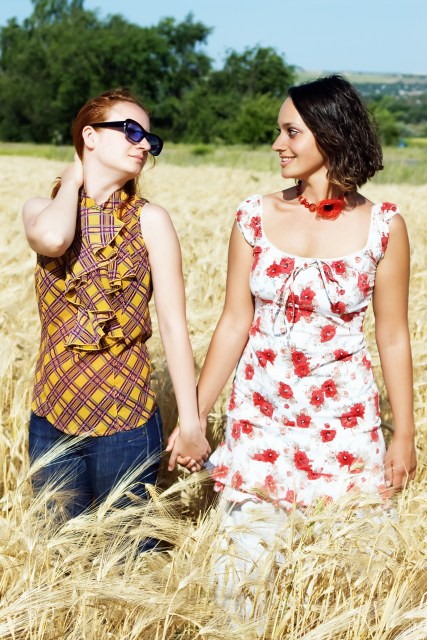 I Dig Your Girlfriend

I Dig Your Girlfriend is the little prairie blog that could, can and will. Since it was started nearly a year ago by the adorable Edmonton-based couple Terah and Janelle, I Dig Your Girlfriend has made an appearance on Canadian morning television, garnered a solid number of Facebook likes and Twitter followers, been nominated for a Yeggies Award (an award for Edmonton blogs), and won first place in the Ninjamatics 2012 Canadian Weblog Awards for “Best Group Blog and Best LGBTQ Blog.” 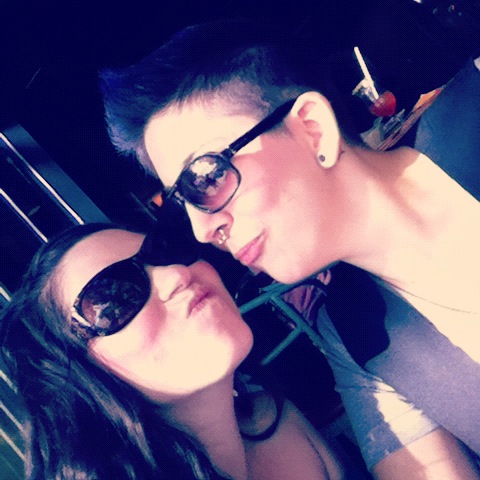 Janelle and Terah started the blog for reasons similar to the ones why I write to you all every week: prairie queers need representation and a space (or a column) they can call their own on the Internet. Terah, Janelle and the group of writers who make I Dig Your Girlfriend possible accurately describe themselves as “a deliciously sexy and equally charming team who reside in an urban metropolis, smack dab in the epicentre of conservative country – Edmonton and Calgary, Alberta.” They seek to “conquer lesbian stereotypes one wet dream at a time.” This wet dream includes a podcast, a queer events calendar, links to resources for prairie homos and last but certainly not least, blog posts!

In Our Gay Agenda, Terah and Janelle write about how their gay lifestyle and agenda, which includes such radical activities as making waffles, picking up a 3-year-old from playschool and being too tired to watch The Rachel Maddow Show, is absolutely going to make straight people leave their heterosexual partners while dancing with unicorns at the end of the rainbow before plotting a Gay Agenda World Takeover – or not.

In Out of Touch, a writer describes finding her teenage diaries and remembering knowing she’s gay from an early age but wanting to forget:

“We believe that our memories are reliable, but they aren’t. Had I not found those words in familiar handwriting, nestled among stories from my past that I actually remember, I still wouldn’t know how self-aware thirteen-year old Mo had been. I would still be convinced that gay people just hadn’t been on my radar when I was that young. Now I know I switched off that radar…continue reading“

Laurie MacFayden’s poetry feels like crisp blue jeans, a puck pushed into the air at a hockey game, a sip of strong, hard liquor that’s like a slap to the face (the good kind), and getting pushed up against the wall and kissed senseless on a first date…all at once. It’s pretty powerful stuff, this poetry of hers.

On her website, the poet/journalsit/painter posts awesome photos, collages, paintings, and sometimes even gives useful life advice in poetic form:

You guys. A QUEER POET WHO WANTS TO SAVE KITTENS. Yes, you’re welcome. If you feel like closing your laptop and spending some quality time with good-old ink and paper, pick up her fantastic book of poetry, White Shirt, available from Frontenac House or check her events calendar to see where she’ll be next. 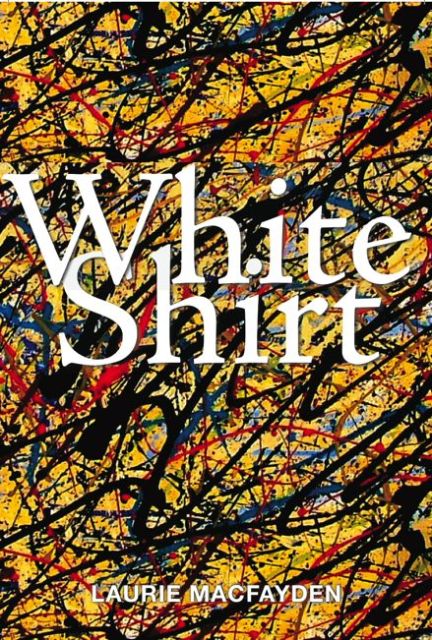 Once upon a time, Emma Goldman said, “If there won’t be dancing at the revolution, I’m not coming.” Like lesbians in underwear and puppies with food, revolutions and dancing look good together. I can guarantee that the queers who go to QMUNITY League anti-oppressive dance parties look good in underwear, they also may own puppies and they are a part of the prairie homo revolution. What more could you ask for? The QMUNITY League describes itself as “a collection of folks who want to constructively contribute to the long history of building queer community on Plains Cree and Blackfoot territories.” To do this, they host meetings, weenie roasts and their soon-to-be world famous dance parties. And if you think things couldn’t possibly get any more queertastic, the amazing QMUNITY League events are advertised with equally-as-awesome posters: 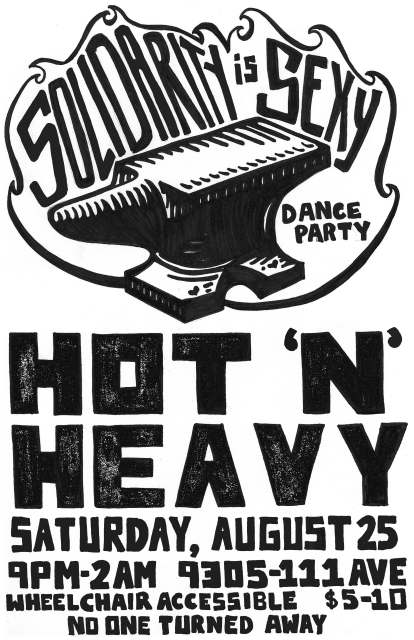 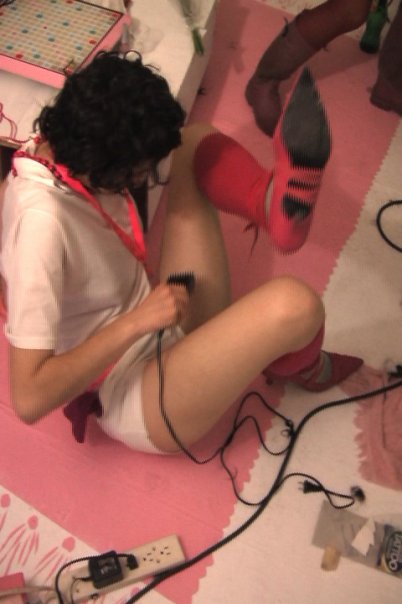 If there’s anything prairie homos need, it’s more exposure, and Exporure is here to fill that void with queer art, music, poetry, and dance. It’s the only queer arts and culture festival in Western Canada. Yours truly has performed as part of the festival and so has storyteller extraordinaire Ivan Coyote. While ExposureFest used to be a yearly event, Exposure is now linked to various expressions of queer, prairie artistic awesomeness that happen throughout the year. Sitting at home wondering what kinds of queer happenings are a-happening? Mosey your mouse to the Exposure twitter page or Facebook group for hot date/friend hangout/and solo excursion ideas!

Sometimes when dealing with a conservative, homophobic family, you want to engage them in meaningful dialogue, send them links to PFLAG and invite them to rainbow-icing cupcake-making ceremonies. But then your family tells you that Hell is full of rainbow-icing cupcakes, they stop talking to you and it gets to the point where you think (or scream), “Well fine then, I disown you right back!” For such ocassions, there are Ms. Trixie Cane’s I Disown You Right Back postcards. They make the perfect gift for that special homophobe in your life.

“I Disown You Right Back” is only the first video in a series called “Queer Coping” because as Ms. Cane aptly puts it, “There are so many resources to help the families of queers and trans* people “cope” with us, but so few for those of us trying to cope with these relatives.” The Queer Coping series will feature “videos from queers, feminists & trans* people with relatives who follow religions that perpetuate homophobia, transphobia and powerfulwomenphobia.” Sound amazing?

Have a crush on Trixie Cane and want to impress her? Well, lucky for you, you can submit to the series with your own video that answers the question, ““How do you (queer) cope with your religious relatives?” For details, check out the I Disown You Right Back Tumblr. 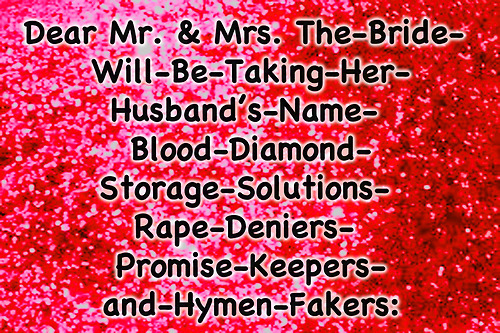 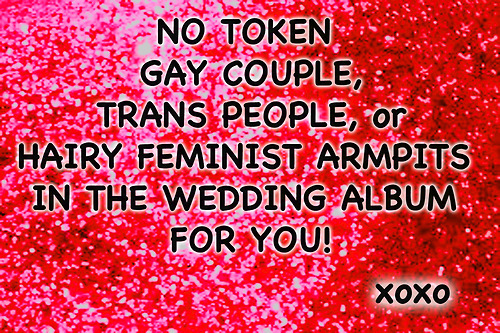 Although, T.L Cowan (and her alter-ego Trixie Cane) now live in New York, she’s Canadian born-and-raised and has spent a considerable amount of time teaching things like Feminism and Pop Culture in such prairie homo hotspots as Alberta and Saskatchewan.