Nikki Levy is a Los Angeles-based lesbian and film executive who developed the brilliant and heartachingly funny storytelling series Don’t Tell My Mother! The show (which, duh, is available as a podcast) features actors, stand-ups, and performers such as Tracee Ellis Ross, Fortune Feimster, and Kate McKinnon (the list goes on), telling stories they would never want their mother to hear. Though not explicitly a queer performance, many of the stories are super gay. As queer storytellers ourselves, we jumped at the opportunity to pick Levy’s brain before her next performance in Los Angeles on March 26th. 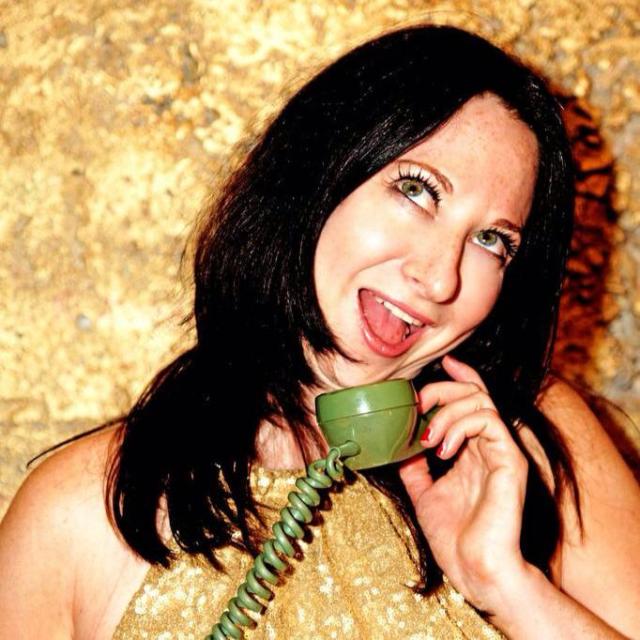 What inspired you to start doing this podcast?

Nikki Levy: I’ve been a development executive in Hollywood for a long time. What that means is that I develop movie ideas with writers based on pitches, books, scripts, plays, etc. As an exec, I’m supposed to be “the suit” in the room working with “the artist.” Though I look pretty fabulous in a suit (see exhibit A, ladies), I am not one! Oh my G-D, I am so not.

I’m a Jew from New York with an eccentric scientist mother, I’ve never been one to follow the rules. As a matter if fact, I’ve been told my entire life by bosses, teachers and camp counselors that I needed to “settle down.” They said I was “too much,” “too loud,” “too inappropriate.” The idea being that I should keep it small – you know “less is more.”

So I tried that, specifically at work: to be quieter, more reserved, less obtrusive. But that meant I was less of myself. And that felt more awful than being told I was too much. As my teacher Alexandra Billings (who plays Davina in Transparent) says, “Less is not more. Less is always less.” And you know what, I didn’t want to be less.

If I was too much for certain places, I was going to create a place where it was wonderful to be exactly me. And for you to be 100% you – weird, honest, joyful, strange, excited, vulnerable and real. All the time.

I started the Don’t Tell My Mother! show and podcast as a place where we could relish in our collective dysfunction.

Which story, so far, has been your favorite?

There are tons of stories I like, but my favorite is told by one of the best standup comics in the business – Jen Kober, a lesbian from Louisiana. Jen came to me through her manager, Justin Silvera, when we first started the show. She told the most amazing story of being a fat kid with a penchant for American cheese. Jen’s mama didn’t want her to be so fat, so she started rationing Jen’s American cheese intake. Jen didn’t like that, so she concocted a plan to steal the entire brick of Costco American cheese that her mother bought, thereby convincing her mother that she didn’t buy the cheese in the first place. What ensues is utter dysfunctional brilliance of a girl who stops at nothing for her cheese. Take a listen. You will love it! As a side note, Jen got signed by an agent from her first performance at DTMM! back in 2012. She’s doing great things now.

How long do you spend workshopping the stories before they are performed?

Something that makes this show a little different is that I work with performers on their stories. It is, hands down, my favorite part of the process. I pick people who know how to deliver material because they can make a story about eating a Big Mac sound incredible. And then we get to work. We do phone calls where we vet a few ideas for stories, and then we get under one. I ask tons of questions and help them elaborate on the details. We work together for about two weeks, going back and forth with drafts, honing the story and mining the comedy. Much of what we discuss never makes it to the stage, either because it’s too sensitive or confidential, or isn’t germane to the story.

Someone once called it “creative therapy.” I guess all my years of regular therapy paid off. Thanks, mom!

Some of my favorite people to work with are standup comics because they know how to bring the funny – no matter what the subject. The fun is allowing them to expand the story and not simply set up and pay off jokes. As opposed to standup comedy, we get to have moments of humor and emotion. A good story has both.

The show is pretty gay. Is that deliberate or are the gays just more comfortable “coming out,” so to speak?

That’s a great question. I actually did an Op-Ed for Advocate about this. As LGBT people, we’ve had to come out of the closet at one point or another. The best stories are all about overcoming struggle – they can be huge like revealing your sexuality, or small like figuring out how to get your American cheese fix. Point is, we had a goal, we fought for it, we emerged victorious (or with a prize different from but better than we could have ever imagined). As LGBT people, we are natural born storytellers. We’ve also spent so much time observing that we often pay close attention to details.

As a side note, I find that women are better storytellers than men. In my experience, men often have a hard time being vulnerable and funny. And that’s the sweet spot of the show. The women I work with have an easier time accessing their honesty. And honesty is why we’re there.

As a lesbian, I can tell you that there aren’t a lot of lesbian events happening around LA. While this isn’t a gay show per se, I always open the night with a personal story that usually involves something gay and Jewish. Can’t help it. I think lesbians like to see other lesbians share their truths, so the dykes come in droves.

Feeling “weird” or “other” is a common LGBT experience, so I think we are naturally drawn to this kind of entertainment. 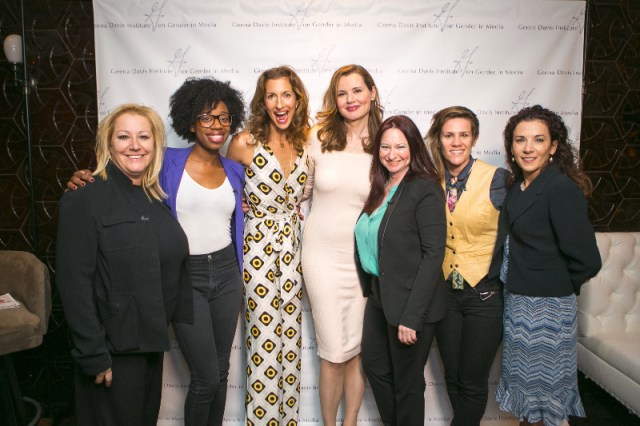 New York vs. LA: which has the better queer women’s scene?

This is a great question. I’m from NYC originally – Queens born and raised, and then moved to Park Slope, Brooklyn after college in 1999 (don’t do the math). When I lived in NYC, the girl queer scene was so… gay. I would go to Meow Mix and Henrietta Hudson ready to make some memories, and the women wouldn’t give me the time of day. Though I tried my best by wearing my Doc Martens and getting a really short, mistake of a buzz cut, I am very girly and no one thought I was a lesbian. I have big boobs, I don’t believe in baggy jeans for date night. Sue me. I also carry a purse, and I don’t own a wallet chain. Being a femme back then, no one thought I was gay. I sported a Pride necklace (the black cord with the rainbow rings) so people would have some idea. They just thought I liked rainbows.

Now, cut to LA. I don’t know if it was because of the L Word, but LA was a femme for femme town. I’d walk into bars and be shocked to find out a woman is gay. She’d have on tight pants, a cute tank top, high heels. That’s the style here. And I fit right in. I joke that even the Dykes on Bikes in LA get their eyebrows done. There are no lesbian bars in LA, which is fine by me since large groups of lesbians have and always will intimidate me, but it doesn’t really matter because they’re coming out of the woodwork – literally. New York might have also femmed out since I left over 10 years ago), but LA is definitely the place for girly girls who like girls. 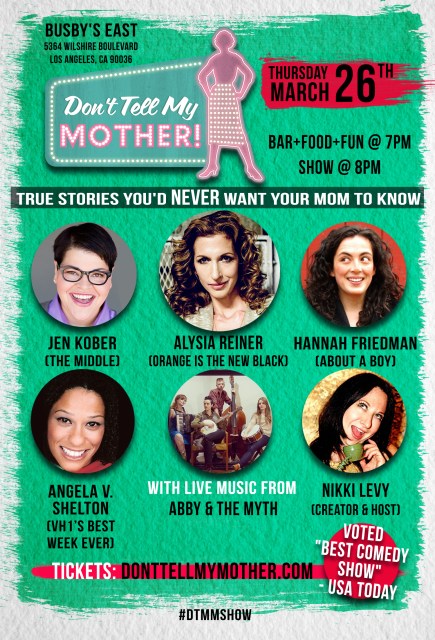