Same-sex marriage: It’s like any other legally binding relationship between consenting adults, except people feel the need to make curious analogies about legalizing it. On Friday, Pennsylvania governor Tom Corbett joined the club when he apologized for an earlier comparison between same-sex marriage and child marriage by claiming “the appropriate analogy would have been brother and sister, don’t you think?” You don’t seem so certain, there, Tom. May I suggest one of these alternatives? 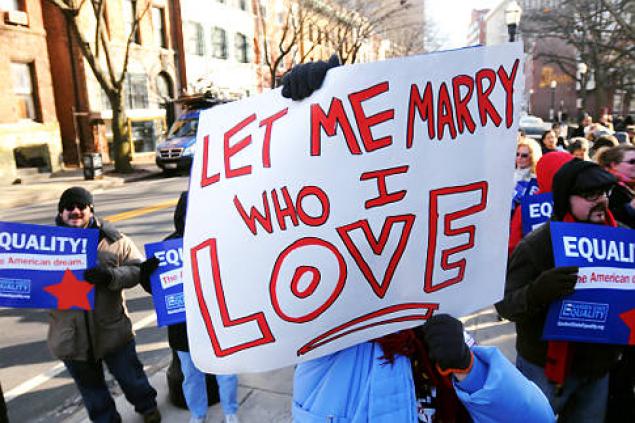 That’ll be a man, two women, my dog, and that lamp post.

3. Abolishing slavery (in the United Kingdom)

4. Abolishing slavery (in the United States)

5. “Murder, for example, or polygamy, or cruelty to animals”

9. Hitler and the Nazi Party

10. Beer, not water, and napkins, not paper towels