I feel like every year I’m told that soft pretzels are finally getting their moment. This summer Wendy’s introduced their pretzel bun to the mainstream public, a few years ago it was the advent of pretzel dogs and gourmet burgers and in high school it was my mall’s grand opening of Auntie Ann’s. But while bagels had their (deserved) heyday in the 90s, it seems like pretzels keep falling by the wayside thanks to Atkins and gluten-intolerance. Sorry to show my villi privilege you guys, but someone needs to give pretzels a hug.

Unlike baguettes, buns and brioches, a pretzel’s distinctive, chewy exterior tells the tale of a simple carb and an arduous journey. On a basic level, bread doughs and pretzel doughs are virtually indistinguishable, other than a bit of extra fat and a lower-gluten flour. You still mix it. You still knead it. You still let the yeast do its magic. But from here on in, the pretzels go down a different path.

Although the origin of the pretzel’s shape is still murky, it’s assumed to have some religious ties. The distinctive round body and intertwined arms are said to resemble a praying child, but who the heck saw that? Was it an Italian monk in 610 that wanted to make a treat to bribe children to say their prayers? Or was it French guy? Or a German monk? Either way, they’ve become an important part of Catholic culture. But you know what else it’s become part of? Oktoberfest! 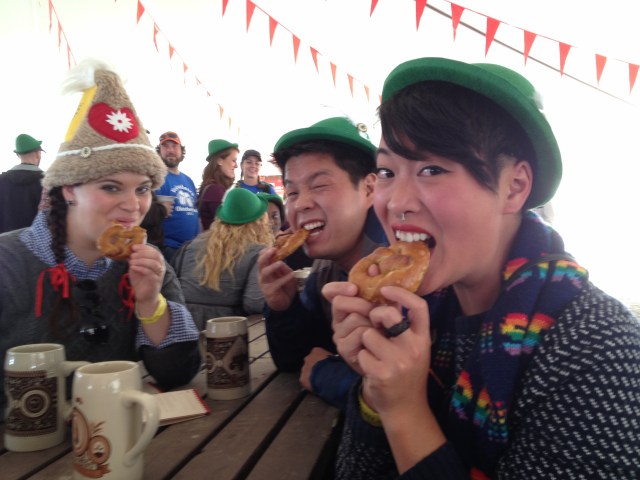 Beau’s Oktoberfest up here in Canada.

Even if the idea of this particular bread braid might have been invented by an Italian monk, the soft twist with a crunchy exterior was perfected in Bavaria. In 1839 baker Anton Nepomuk Pfanenbrenner glazed his sweet pretzels with cleaning solution instead of sugar-water. Instead of tossing it, he decided to give it a taste and voila, the tradition of Lye-based bretzels was born! Yup, that’s right, lye.

The brief, basic bath gives pretzels a bit of a head start on baking by gelatinizing the surface starch. You can tell the alkaline magic’s working by a slight yellowing of your pretzel’s surface. When they actually do reach the hot box, their crust becomes super crunchy and chewy with a deep, brown colour thanks to the Maillard reaction. If the idea of eating a lye-laced baked good conjures up bad memories of Fight Club, don’t worry! NaOH reacts with carbon dioxide within the pretzel to form a harmless carbonate. Or just use baking soda instead. 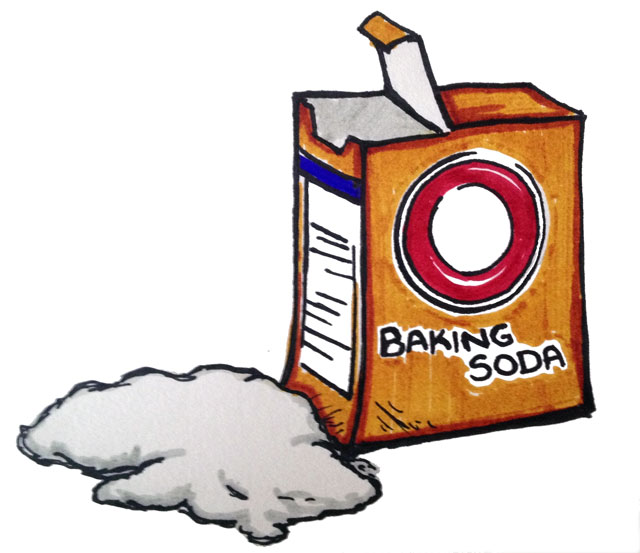 Not just for hair or cleaning anymore!

If stretching and curling arms seems like something you’d rather be doing at yoga than in the kitchen, have no fear. The pretzel might refer to that distinctive shape, but the entire class of Laugengebäck goods refers to any items using the same ingredients and methods. Take the lazy way out by boiling and baking a dough ball into a Laugenbrötchen (aka pretzel roll). Or form a baguette like-shape for a Laugenstangen!

But before you throw your boiled breads in the oven, take a moment to slice a few vents into the skin. You can skip this in classic pretzels since the thin arms won’t undergo a significant rise in the oven. But thicker sticks and buns need it to facilitate rising. Slicing provides a few extra points of expansion over the bread’s surface, so instead of being confined to a small volume, pretzel rolls and sticks can expand beyond their crust. This results in a lighter bun, unless of course you prefer them dense, then you can just leave ’em be. becoming lighter in the process!

Once they’re good and baked (and hopefully sprinkled with coarse salt), now the fun begins. Slather your pretzels with mustard or cover them in melted cheese. Take one of your pretzel buns and have a burger with a memorable bun! Or stay even more on trend and string a few crossed pretzels onto a necklace for the perfect drunk accessory. Either way, pretzels are wunderbar.