Is love a lie? Great question! We like to joke about it here, because nihilism is one (1) free and legal coping mechanism that’s available to us all at any given time of the day and night, but what do we really think? Today we’re attempting to find an answer, once and for all, for the record and for the good of the people.

I’ve never loved anything more than I love television. The problem is, love is a lie and TV doesn’t always love me back. Or sometimes it pretends to love me back but hurts me anyway. And so I am here with definitive proof that love is, in fact, a lie. This is just a short list of some examples that came to me off the top of my head, but I know there are more and want you to put them in the comments so we can make our case and let the defense rest once and for all, I’d be grateful. 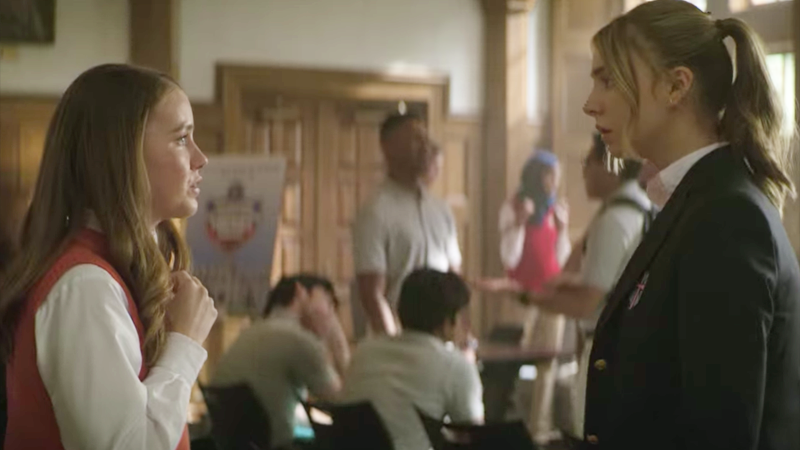 Also a lie: that you have to leave room for the holy ghost between you.

If love was real, Netflix wouldn’t have cancelled Teenage Bounty Hunters after one season. We left Sterling and April in a broken place that they totally could have come back from, but instead they will just be hurting and apart forever. I fell hard for this show and it’s silliness and heart and twist after twist. And its UNIQUENESS. It was different than any show at the time and despite ending with the door wide open for a second season…NADA. Ripped out from under me. Because LOVE IS A LIE. 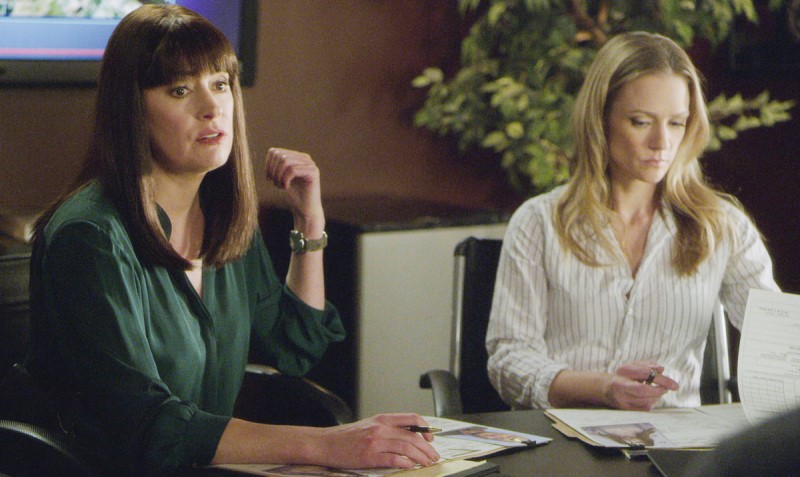 This show serial killed my belief in love.

Somehow, despite there being FIFTEEN seasons for them to go this route, neither SSA Jennifer Jareau NOR Unit Chief Emily Prentiss came out as queer. They should have been TOGETHER but neither of them even hinted at being a little bisexual in canon? I’m rewatching this series right now and the amount of power suits, improper sitting, and loving glances tells a different story. We could have had it all, and yet, instead, we only have fanfiction. Love is a false confession. 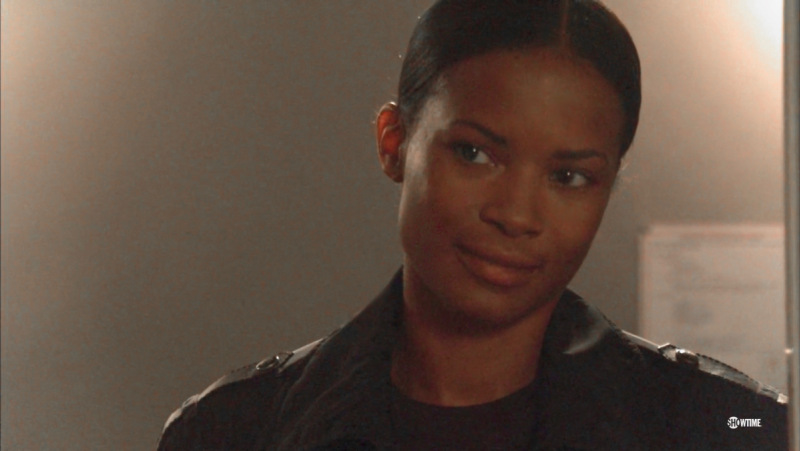 Maybe Tasha is better off not coming back BUT ARE WE BETTER OFF? The answer is no.

Have you ever heard Autostraddle’s own Carmen Phillips talk about how much she loves Tasha? And yet, despite so many of the original cast members returning, Tasha is nowhere to be seen in Gen Q? It hardly seems far. In fact, one could even say it’s rude and proof that no matter how much you love someone they could just disappear forever! Because love is the f word (and F is for FAKE.) 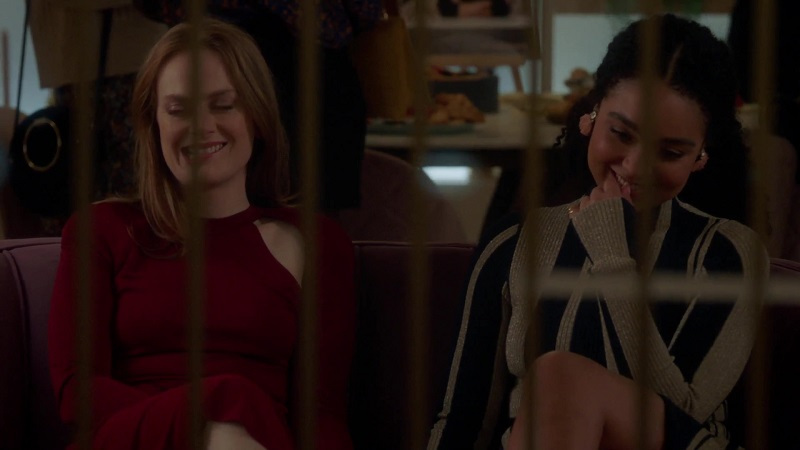 LOVE IS A CAGE FROM WHICH THERE IS NO ESCAPE

If love was real, there’s no way on this green Earth that KAT EDISON, of all people, would fall in love with a REPUBLICAN. Kat who risked her job for social justice reasons, Kat who got into hot water for standing up to THIS SAME REPUBLICAN’S PIECE OF SHIT FATHER. It makes no sense! Love is a ruse. 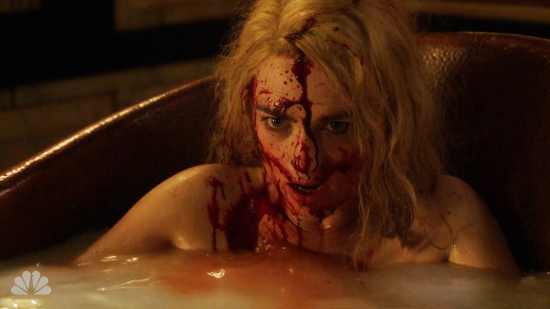 I think Lucy’s on my side of this argument, just saying.

Not only did NBC’s Dracula feature the illustrious Katie McGrath as Lucy Westenra who was hopelessly in love with her best friend Mina (playing by out queer actor Jessica De Gouw) and seduced by the intimidating Lady Jayne, but at the end of the first season she got turned into a VAMPIRE. If love was real, we would have had an entire season of television with lesbian vampire Katie McGrath. LESBIAN. VAMPIRE. KATIE. MCGRATH. The fact that the show was cancelled and that this is a thing we may never get to see is PROOF. LOVE IS FICTION. 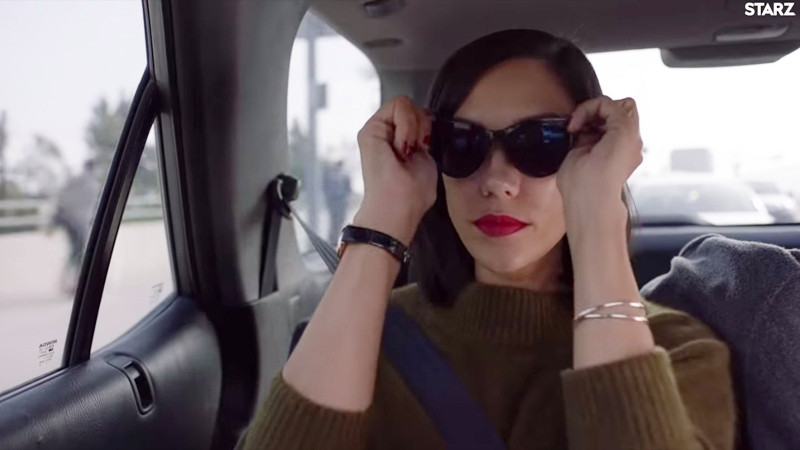 Me when someone tries to talk to me about romantic love.

Now, Vida was a near-perfect television series, but I think any fan of the show and also Emma herself would agree that love is simply not worth the pain. Her mother tried the whole love thing, and ended up being with a horrible man who is the reason Emma got kicked out of the house at a young age. Emma herself spent many years WISELY building walls around her tender heart and when she FINALLY let some of them down to give love a try…she got her heart shattered almost immediately. Sure, by the time the series ended Emma was arguably happy and potentially getting back together with the person she was in love with BUT CAN WE EVEN TRUST IT? Who’s to say. Amor es una mentira. 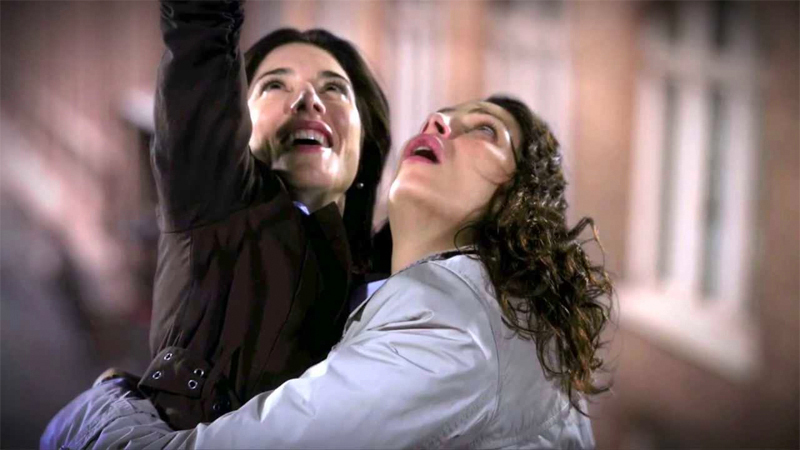 If only I had a grappling hook to use every time someone tried to tell me love is not a lie.

If love was real, the fifth season of Warehouse 13 wouldn’t have happened. Love smells like rotten apples. Love is imaginary. 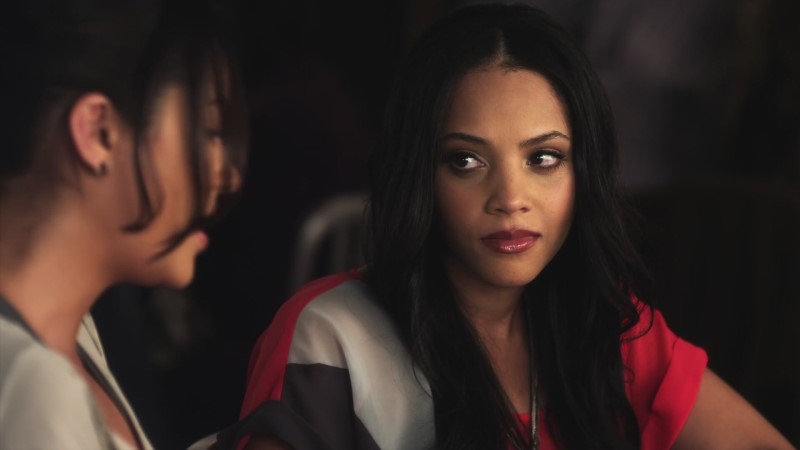 “What do you mean you thought I was DEAD?”

I could have pulled 900 examples from this show that prove love is a lie, but in my opinion, the most egregious is that Maya, despite being VERY MUCH ALIVE, never officially returned to the show. Bianca Lawson can play any age, so she could have easily come back before or after the time jump, and she would have been a fun foil for literally any of Emily’s future girlfriends. Just imagine the drama of your ex coming back seemingly from the dead! But no. She remained gone despite the fact that everyone knows #MAYALIVES. Love is a mask of a mask.

One Day at a Time 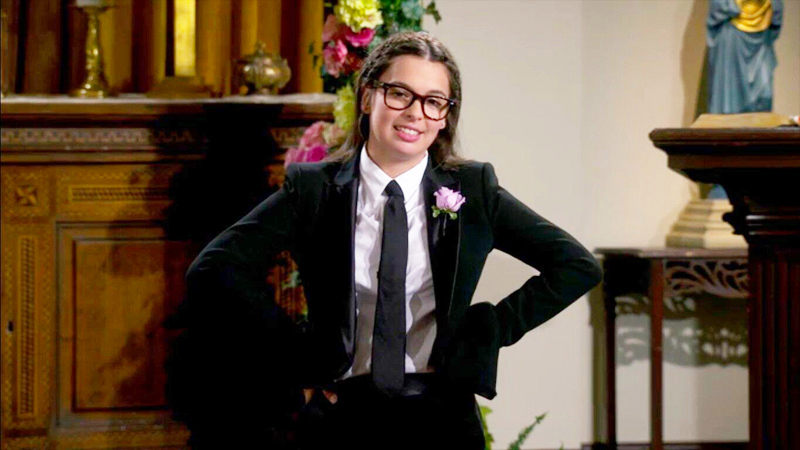 Me at weddings battling between being happy for my friends and believing love is a lie.

If love was real, we would have had at least five more seasons of the Alvarez family filling up our hearts with joy. But instead, it got kicked around from network to network like an empty can of Café Bustelo and then finally torn from our desperate embrace. You want proof love is a lie?? Let me dramatically pull back the curtains and show you the broken shards of my heart on the floor! 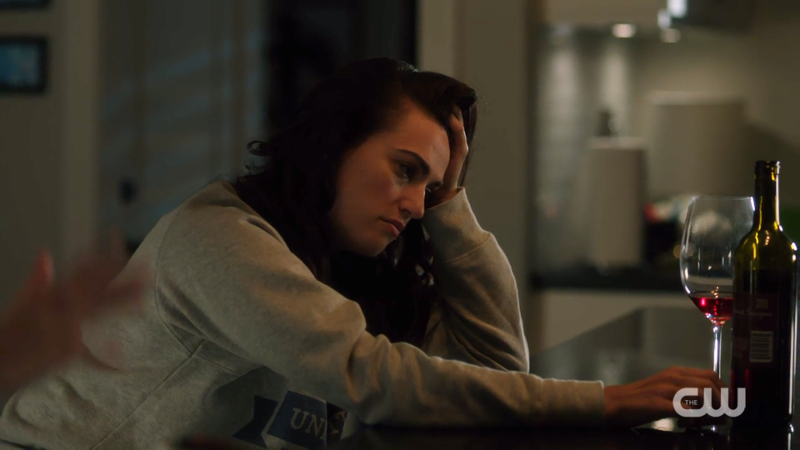 If love was real, then Supercorp would be canon. Lena has sacrificed entire people for Kara, stood full-bodied between Kara and danger on more than one occasion, filled Kara’s office with flowers and called Kara Danvers – not Supergirl, KARA – her hero. Kara has swept Lena off her feet and saved her life, flew literally around the world to get all of Lena’s favorite foods and told Lena her deepest, most dangerous secret. Kara and Lena, at one point or another, have done or said almost everything they tried to tell me meant someone is in love with you, and yet, they have not even ever kissed just to try it. Not once! And thus, it stands to reason, that love is a big fat lie that you should all stop trying to tell me.

Happy Love is a Lie Day!

Join A+
Related:love is a lie