OK, so Top Fives are sort of High Fidelity’s entire thing, but you probably noticed that I only listed four. Here’s an ironic plot twist for the fifth spot: Zoe Kravtiz’s High Fidelity. 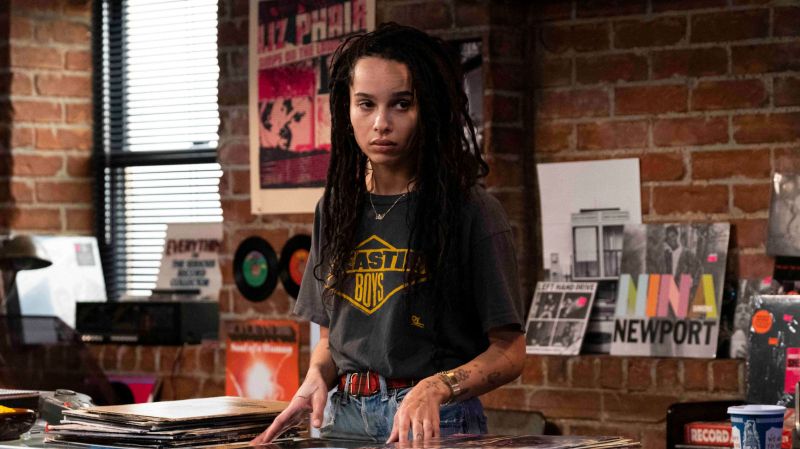 Remaking a well-known media property with a gender or race switch of the main characters has become a bit of standard headline grab in recent years. Many argue that remaking classics with an identity switch in the lead demonstrates a lack of imagination; I’m not one of them. I don’t need every story to reinvent the wheel completely. When done correctly, taking a well-established world and spinning it upside down, shows anything but a deficit of imagination. Learning how to color outside the lines of an established piece and making it into new art that stands on its own, while being reminiscent of the original, is no less difficult than starting from a blank page. There’s no better testament to that than the overflowing graveyard of remakes that solely come across as amateurish, poor copies of their source material.

High Fidelity is 2020 television show that’s a remake of a movie from the year 2000 which is itself an adaption of a British novel from 1995 written by Nick Hornby. In all three iterations, a sad, self-destructive, know-it-all record store owner of Championship Vinyl named Rob looks for love in London (the book), Chicago (the movie), and now Brooklyn (the series). In the first two, Rob’s a nearing middle-aged white man. In the third, she’s a biracial queer woman on the cusp of her 30th birthday. High Fidelity soars by allowing that shift to organically create a new kaleidoscope of details and points of view. 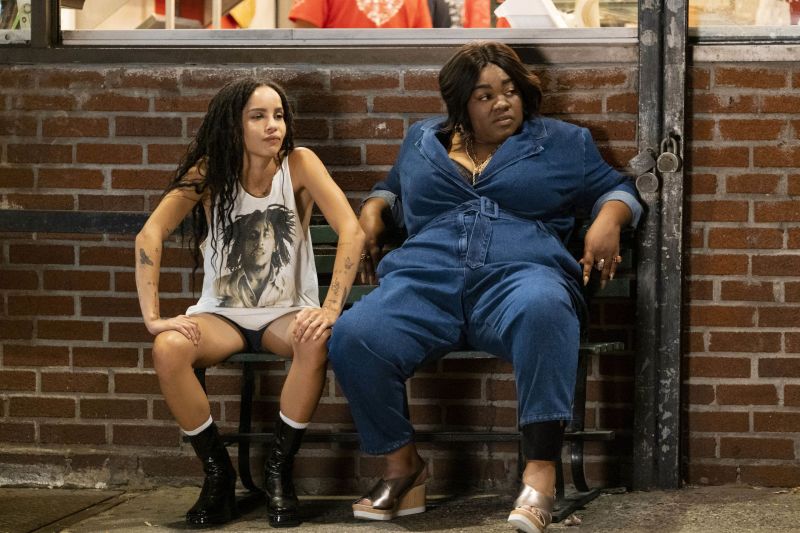 This Rob’s best friends are Cherise (Da’Vine Joy Randolph), a bubbly and fiercely loyal black woman with a loud personality and dreams of rock stardom brighter than everyone who doubts her (including Rob); and Simon (David H. Holmes), a mostly quiet gay white guy who was Rob’s ex-boyfriend before coming out of the closet. The threesome are still experts on the contemporary indie-rock that became closely associated with the original, but are as likely to make references to black pop classics Janet Jackson or Erkyah Badu (Questlove of The Roots fame served as musical consultant for the series). When John Cusack’s Rob imagined his musical heroes, he conjured Bruce Springsteen. Zoe Kravitz dreams of Debbie Harry, a Brooklyn queer girl icon if I’ve ever seen one. When an asshole record collector talks over Rob and mansplains Paul McCartney to her, she visibly seethes and rolls her eyes. The group’s main hangout bar is named DeSalle’s, as in Marie DeSalle, the character played in the film by Kravitz’s mom, Lisa Bonet – a fun “in-show” wink to the High Fidelity legacy. Those are some of the superficial changes that make for easy write-ups. But what makes this series such as satisfying adaption lies beneath.

A white man who’s selfish, neurotic, unsympathetic, a bad friend and a commitment-phobe is something of a standard bearer in cinema and television. Increasingly, though admittedly still not often, you’ll see those character traits attributed to white women anti-heroes as well. Roughly half way through High Fidelity, Rob argues to her older brother Cameron that despite what he may think of her, she’s an adult. He quips back, “Really? Because you still dress like a little boy.”

In pop culture, black women are consummately put-together. They are business women who can’t find love; sex-pots who know the perfect shade of lipstick to match their nails and high heels; or Mammy-figures that are the “strong” backbone to their family and the magical negro servant to the white women around them. They are never – and I mean NEVER – wildly out of control, developmentally stagnant, hot messes. The closest we’ve seen in recent memory would be Viola Davis’ Annalise Keating or Gabrielle Union’s Mary Jane Paul; and their significant emotional trauma aside, their perfectly coifed hair and designer suits, along with their penchant to drop everything to meet their students’ or family’s needs, firmly lands them both within the previously outlined tropes. 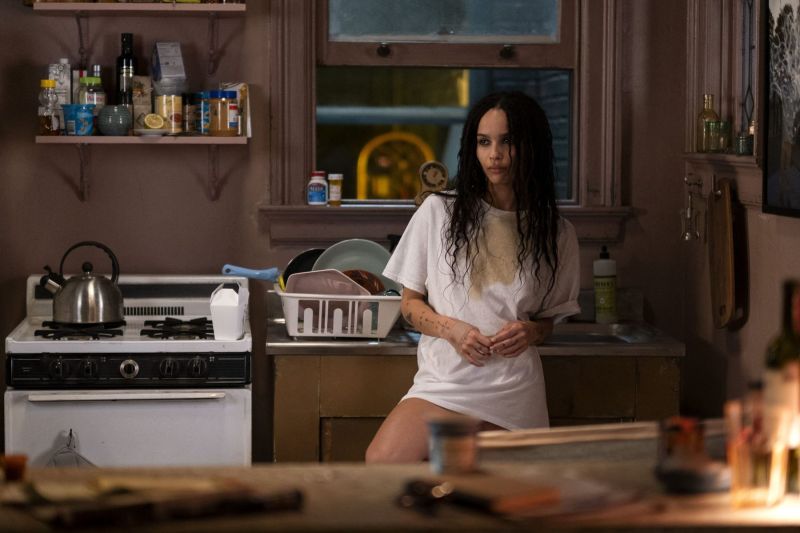 On TV, black women aren’t given breathing room to become truly unlikable. A young black woman doesn’t get to pick a pack of cigarettes, a whiskey neat and her lonely artistic obsessions over family or emotional obligations. She’s never allowed to stumble haphazardly and figure out her own shit, fuck off what others’ think. By keeping most of Rob’s characterizations exactly the same as previous versions, and instead mapping them onto a biracial black woman grappling with a quarter-life crisis, everything else about High Fidelity kicks into high gear.

Rob eventually hits rock bottom, of course she does, and the tension behind that slow-coming train running off course is enthralling. After nearly a decade of watching her growth, Zoe Kravitz has finally ascended into the actress I always hoped she’d become. She’s equal parts smart-ass and swag, but more than that – she comfortable in her body and taking up space in ways I haven’t seen from her before. Rob’s in nearly every scene of High Fidelity’s five hour, 10 episode run. It simply couldn’t work without Zoe’s humor, warmth and charisma – even from the depths of Rob’s most cringe-worthy moments – drawing you in. Most engrossing are the silent beats, with Zoe controlling just enough of Rob’s emotions that her tears never slip past her red-rimmed eyes; her famously perfect mouth biting her fingers raw with nerves.

No, I didn’t forget that Zoe Kravitz makes out with a girl, making a thousand millennial queers’ dreams come true (the scene in question is right in the pilot episode, for those of you keeping count. We’re all friends here). I wish we spent more time with Kat (Ivanna Sakhno), Rob’s ex-girlfriend and #2 Top Five Heartbreak. She comes back in a later episode for a few prolonged scenes that are very reminiscent of Catherine Zeta Jones’ cameo as Charlie in the original movie. In this version, Kat is an insufferable Instagram influencer who hosts a dinner party with a group of equally annoying Insta-people. She’s funny and memorable, and as Rob figures out herself and heartbreak in future seasons, I hope we spend more time developing Kat or another woman Rob might date in the future. Obviously I’d find that to be a vast improvement over at least two of the vanilla white boy love interests she currently pines after. Unfortunately, that’s not the story at the current moment.

In fact, the relationship between Rob and another woman that I found myself drawn to is her deeply felt friendship with Cherise. Cherise starts the series as brash and loud, bordering on a caricature, and in another series she would’ve easily been written off as a angry black woman stereotype. Instead Da’Vine Joy Randolph masterfully pushes beyond those shallow expectations. As the season unfolds, Cherise protects as much as she bites, and she’s allowed to be held with real care and tenderness by those she loves most – Rob perhaps most important among them.

That kind of letting a black woman eventually been seen and loved through her armor? Especially by another black woman, who’s lost in the mess of her own pain? Whew. High Fidelity may be a comedy, but bring on the tissues.