Hey look, legal things happened that are good for us! The acting assistant attorney general of the Justice Department’s Office of Legal Counsel has concluded that the same rules enforced by the Violence Against Women Act can and should be applied to stalking and partner violence situations regardless of the genders of the partners involved. (@nytimes)

“Brian Moulton, the chief legislative counsel of the Human Rights Campaign, a gay and lesbian advocacy group, said his group asked the Obama transition team after the 2008 election to have the office “clarify” for prosecutors that the Violence Against Women Act covers violence that might arise in same-sex relationships. 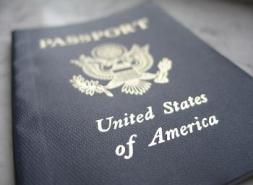 “It’s a step towards equality and recognizing that our relationships exist and are subject to the same sorts of issues that face other committed couples,” Mr. Moulton said. “Unfortunately, sometimes that is domestic violence and other issues that need to be dealt with through the criminal justice system.”

The act uses gender-neutral language, and terms like “dating partner” and “intimate partner.” This doesn’t necessarily mean that the government will suddenly take up the charge against GLBT partner violence; let’s be real, you’re pretty much SOL as far as government protections from violent partners go no matter how traditional your family is. And while prosecutors are advised to adhere to the Violence Against Women Act regardless of the genders of the people involved, it’s unclear what measures are in place to make sure prosecutors follow these guidelines, or if there are any consequences if they don’t.

But also! Also! The State Department has announced that passports are now available that specifically address transgender citizens, even those who don’t plan to undergo SRS. The website makes it sound so easy you could do it in your sleep: “if you bring a note from your doctor that you’ve undergone “appropriate clinical treatment for gender transition,” you’ll be able to get a passport to match. If you’re still in the middle of the process of switching over, don’t worry, you can get a “limited-validity passport” until everything is settled. And for those who don’t want to go through surgery? You’re clear to travel now, too. “Sexual reassignment surgery is no longer a prerequisite for passport issuance,” the State Department said.” The jury is still out on what this will mean for those who have a nonconforming gender presentation/identity but haven’t undergone “clinical treatment,” because what does clinical treatment mean in this context, I’m honestly not sure. The Bilerico Project has a more detailed rundown here. Still, though! One small step forward for The Man, I guess! (@thecable) (@bilerico)

The Log Cabin Republicans are sponsoring a Tea Bag Toss for LA Pride, in which players win a prize if they can successfully toss a teabag through the open mouth of a painted politician’s face. Other hilarious things in this article: Pat Buchanan insightfully noted that “gay Republicans have a ways to go to gain acceptance within the party.” (@seattlepi)

They’ve finally apologized halfheartedly and unconvincingly for their support of Uganda’s “Kill The Gays” bill. I guess they were just real busy up until now. (@queerty) 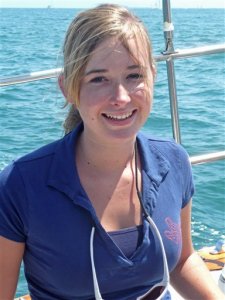 Abby Sunderland, the sixteen-year-old girl sailing around the world on her own, has gone missing. Sunderland is 400 miles from the nearest ship, but rescue efforts are underway. (@jezebel)

A bill that protects against discrimination against transgender people has advanced in Canada, and is one step closer to being passed. (@joemygod)

In light of the ongoing Israeli/Palestinian conflict and the controversy over Toronto Pride, here’s the viewpoint of a Jewish/Arab-American disabled lesbian feminist. (@joemygod) (@bilerico)

There are many horrifying things about this article that claims two women fed methadone to a baby, but having one of them be the term “lesbian lovers” didn’t have to be one of them. Riese really hates that, and wants you all to know about it. (@dailyrecord)