As a writer who recently moved out of New York, the temptation is great to contribute to the genre of “Leaving New York” essays. So great, in fact, that I can’t pass up the opportunity entirely.

After seven years and nearly as many apartments, I left New York. I left because I’m beginning a Ph.D. program upstate. And while deciding to return to graduate school after a 5-year hiatus certainly comes with its own challenges, it was the challenge of New York I’ve found myself clinging to. While the New York I inhabited and the one of Audre Lorde’s life looked radically different in most respects, in Zami: A New Spelling of My Name, Lorde nonetheless captures so much of the city’s gritty vibrancy and its unrelenting pace, whether good or insufferable. 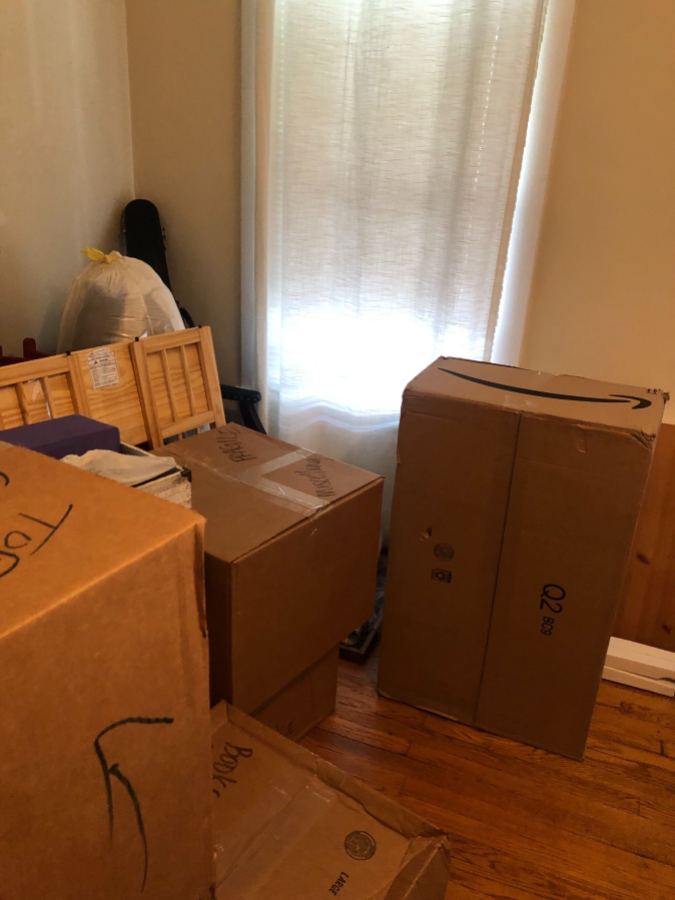 For me, New York was the city that tested my willingness to contend with myself, with others, and with elements you cannot begin to foresee until you find yourself on a subway platform with a baby squirrel-sized rat running an inch in front of your feet and a man older than your father offering you *all* his food stamps in exchange for your phone number (these were, thankfully, two separate incidents). Along with the hilarious and “only in New York” stories came the moments where the city stripped me of so many comforts, left me broke and broken more than I’d ever been before. But it has also left me stronger, more daring, and the fullest version of myself, a self I’d been too scared to think possible in any other place I’d lived.

For Lorde, New York was both question and answer, the reason to escape and the queer refuge after fleeing her parents’ house as a teenager. Although born and raised in Harlem, she leaves and returns, leaves and returns New York throughout the events charted in the book. Early on, she notes that as the child of immigrants, she always conceived of home as a distant somewhere that bore the promise of belonging not afforded her strict, deeply religious family in Depression-era Harlem.

“Once home was a far way off a place I had never been to but knew well out of my mother’s mouth. She breathed exuded hummed the fruit smell of Noel’s Hill morning fresh and noon hot, and I spun visions of sapadilla and mango as a net over my Harlem tenement cot in the snoring darkness rank with nightmare sweat. Made bearable because it was not all. This now, here, was a space, some temporary abode, never to be considered forever nor totally binding nor defining, no matter how much it commanded in energy and attention. For if we lived correctly and with frugality, looked both ways before crossing the street, then someday we would arrive back in the sweet place, back home.”

It becomes clear that the home Lorde is searching for is one not to be found with her family of origin, but a sense of belonging and rest that only she is able to make real.

But I’d be lying if I said Zami was initially an easy read. I didn’t so much as pick the book as I did wrestle through the beginning chapters for most of February before tucking it away until July. By FebruaryI knew I’d be moving, but had no idea that the world as I knew it and moved around in it would implode so quickly. That it would shrink itself to an apartment and carefully plotted grocery store and pharmacy runs. I’d been told for years I needed to read Zami, especially because of how Audre Lorde captures a lesbian scene no longer in existence in New York. But I kept getting lost in the deep dives into her childhood, too uncomfortable with the highly restricted Harlem of her early years and the many physical, cultural, and psychic limitations she endured. What I couldn’t see then was how Lorde was intentionally teasing out how we are shaped and how we create ourselves out of those experiences.

It was this quote that made Lorde’s self-mythology become evident to me:

“But it was so typical of my mother when I was young that if she couldn’t stop white people from spitting on her children because they were Black, she would insist it was something else. It was so often her approach to the world; to change reality. If you can’t change reality, change your perception of it.”

My initial discomfort with Zami stemmed from a misunderstanding of Lorde’s aim. I hadn’t yet realized that Audre Lorde was queering the genre of memoir/autobiography, hyperbolically employing the structure of the hero’s journey, folklore, and mythology in order to carve a space for herself and others like her.

Lorde fashioned Zami as a biomythography. While the term has been interpreted and re-interpreted many times over the years, I think Lorde is examining the stories and experiences we collect, that we tell ourselves time and again. In doing so, we are inscribing them as our self-mythologies. From the personal to the national, Lorde examines the power of myth as she employs it to write and rewrite her own journey into that same tradition.

“I remember how being young and Black and gay and lonely felt. A lot of it was fine, feeling I had the truth and the light and the key, but a lot of it was purely hell. There were no mothers, no sisters, no heroes. We had to do it alone, like our sister Amazons, the riders on the loneliest outposts of the kingdom of Dahomey. We, young and Black and fine and gay, sweated out our first heartbreaks with no school nor office chums to share that confidence over lunch hour. Just as there were no rings to make tangible the reason for our happy secret smiles, there were no names nor reason given or shared for the tears that messed up the lab reports or the library bills. […] We did it cold turkey, and although it resulted in some pretty imaginative tough women when we survived, too many of us did not survive at all.”

That so much of Zami takes place in and around New York really speaks to me, especially now that I’m no longer there. As one of those rare sites that actually lives up to its myths, New York has been a known harbor for those of us at the margins for decades. This was certainly true in Lorde’s lifetime. I don’t fancy myself nearly as strong or resolute as Lorde; I don’t know that I would have emerged as intact as she did on the other side of so many hardships. But where our experiences overlap is in the power of the city to make you known to yourself, to articulate a desire and to have that desire, that longing reflected back to you. Lorde came into her queerness in New York. So did I.

Rather than obscure the wounds, the losses of the many people and places who were sure to let her know she would not find home within them, Lorde makes a home out of herself. She finds shelter with the many women she loves and within New York, but home is within her, within Zami as a reparative work and an act of world-building. Zami opens up a place she can inhabit.

“In a paradoxical sense, once I accepted my position as different from the larger society as well as from any single sub-society—Black or gay—I felt I didn’t have to try so hard. To be accepted. To look femme. To be straight. To look straight. To be proper. To look ‘nice.’ To be liked. To be loved. To be approved. What I didn’t realize was how much harder I had to try merely to stay alive, or rather, to stay human. How much stronger a person I became in that trying.”

New York is so often the site of contemporary myths because it is one of those rare places that is a verb, an act of regularly reckoning with yourself. So, too, is Zami. Both the city and the book share a slightly elusive, ephemeral quality. But in quintessential Lorde fashion, and thus quintessential New York fashion, the undercurrent of her writing suggests a single lifted eyebrow, slyly asking “are you ready for me?” Both are always ready to offer an embrace and a challenge. It probably won’t come as a surprise that Zami has become my favorite Audre Lorde read thus far.

Audre Lorde’s relationships and the women she loves and lusts for each leave her fuller than before. And while Lorde eventually does leave New York for good, she continues to cycle through the city for the rest of her life. My guess is that beyond family ties, Lorde needed to feel and draw from the city’s power every now and again. 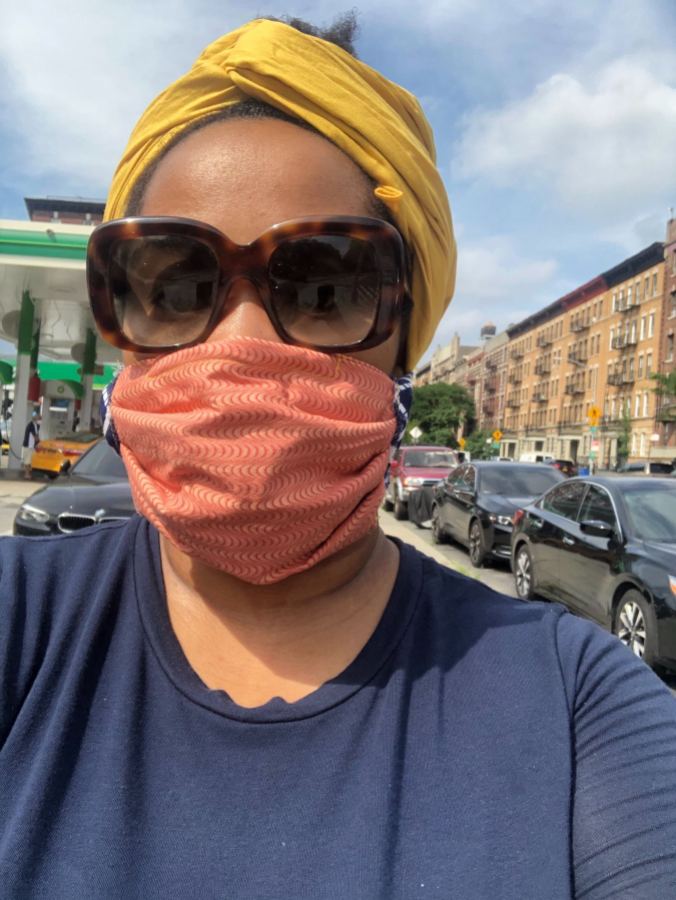 In my own myth, New York has certainly been the cornerstone of so much of what has shaped me, particularly in knowing myself and finally allowing myself to be in my queerness. It’s where most of my community is, those women I love who continue to help me along my own journey.

The reckoning continues. And I find joy in knowing New York and I — Lorde and I — aren’t nearly done with each other.