Being out at work isn’t always the easiest thing to do. In a white paper that focuses on lesbian professionals, The Glass Hammer, an online community for professional women, reports that while the majority of gay women are out to their coworkers, many still feel uncomfortable in their workplace and wish their company would do more to educate about LGBT issues.

The study introduced six key findings that could help companies change their corporate culture to empower their lesbian employees:

Set the right tone by having leaders talk about LGBT diversity frequently and publicly.

Educate the straight majority about how they can support their LGBT colleagues.

Highlight senior lesbian employees so they can be role models for others.

In lots of ways, there’s nothing groundbreaking about suggesting that companies invest in their minority employees. For years, women and people of color have fought to attain positions at companies dominated by men and whites, despite overwhelming evidence that shows that diverse workplaces are more innovative than their homogeneous counterparts.

What is significant is that this set of recommendations is being given regarding a group of people who have been largely ignored in discussions of corporate diversity. While it’s hard to say why our society has kept relatively quiet on LGBT issues in the workplace, it’s likely that gay rights movements have helped bring light to unacknowledged issues by normalizing awareness of homosexuality and demanding recognition. It’s also possible that the boundaries between personal and professional have historically kept discussion of sexuality out of the arena. With a lengthening middle-to-upper-class work week, the implementation of flexible work practices and the ever-blamable world-shrinking Internet, that line is now fuzzier than ever and is opening the door to consideration of what it means to be LGBT at work. 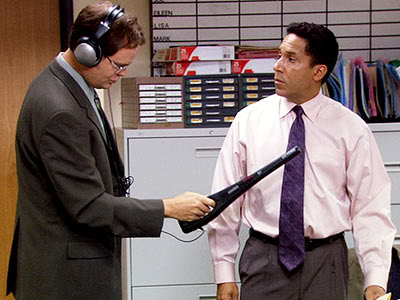 As it turns out (surprise!), supporting queer employees is good for both workers and companies: out workers are “ambitious” (77 percent), “willing to go the extra mile” (88 percent) and better educated (48 percent have a graduate degree compared to 40 percent of their straight coworkers). An increase in productivity isn’t just limited to LGBT employees, either. A UCLA study shows that:

“Instead of harming performance, we find that individuals working with openly gay partners actually perform better on both cognitive and sensory motor tasks than individuals left to wonder about the sexual orientation of their partners.”

For some, it may seem short-sighted to focus on problems that out, middle-class lesbians face. Their concerns wouldn’t be unfounded; for many people, feeling “comfortably out” at work is the last thing on their mind. Just ask the 48 percent of gay people who aren’t out at work. Or the un- and underemployed LGBT people who got hit harder than the rest of us when the recession came. Maybe ask one of the thousands of  homeless trans* and gay teenagers just how comfortable they are.

What makes this study worth our attention is that it paints a broader picture of the LGBT community and the struggles we face. Although it’s got plenty of faces, the problem we face is singular: intolerance. Whether we’re climbing the corporate ladder or pounding the pavement, we’re waging a battle against the same enemy that we’ll only win if we keep fighting on every front.