Although it would’ve seemed unbelievable not too long ago that a straight person would risk being mistaken for LGBTQ while on the job market, apparently some straight MBA students these days are being told by their teachers to attend LGBTQ career fairs. According to Matt Kidd, executive director of Reaching Out MBA (ROMBA), a nonprofit organization known for hosting the largest annual conference for LGBTQ MBA students, this is an emerging trend at some colleges.

At the 2013 ROMBA conference, only 1 of the 19 student attendees from Rice University was openly gay. Students from the College of William and Mary business school were encouraged to register, but advised to skip the actual conference sessions and only attend the job fair. Overall, 10% of the 1,100 attendees at the 2013 ROMBA conference identified as straight. According to Kidd, LGBTQ students in attendance reported hearing other students say stuff like: “Dude, I’m not gay,” and “There needs to be less focus on gay stuff at this event.”

Chequeta Allen, executive director of the career management center at the College of William and Mary’s business school, defended their advice to straight MBA students, saying, “There are recruiters there who are happy to talk to anyone that’s talented… The idea of those groups is to ensure inclusiveness, not to say, ‘We only want LGBT people.'” The problem with Allen’s statement is no one is actually saying that. No one is saying they “only want LGBT people.”

As we discuss on the regular, LGBTQ people are dealing with the same difficult job market as straight and/or cisgender people, but they are also dealing with discrimination based on sexual orientation and/or gender identity and a host of other problems based on their intersecting identities. Just this week, President Obama signed an executive order barring discrimination against LGBT employees of federal contractors and the federal government — and that was a pretty big deal because there still isn’t any federal law that adequately protects people from all job discrimination based on perceived or actual sexual orientation and/or gender identity.

When you look at the numbers for transgender people specifically, the statistics are horrifying: 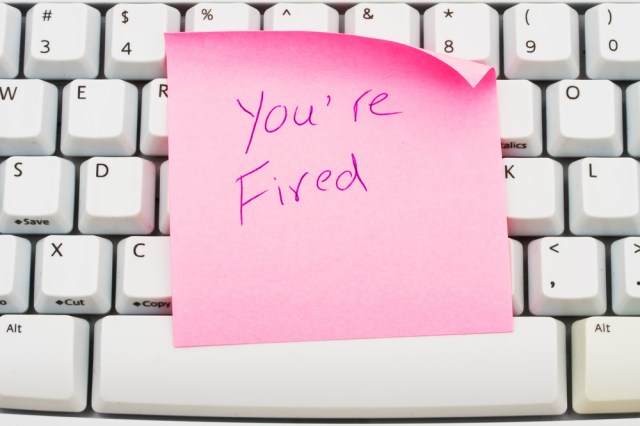 LGBTQ MBA students face a number of hurdles in entering the job market that their straight and/or cis counterparts don’t; specialized job fairs are a fairly routine way of providing marginalized and statistical minority groups opportunities that more privileged groups usually don’t need to rely on. An event like the ROMBA conference is a chance to network with other openly LGBTQ MBA students and professionals without judgement, where you can safely assume you’re amongst “family.” When straight MBA students show up at the same event, that assumption is no longer safe, and the real-world likelihood that a job will go to a more privileged candidate is suddenly reproduced in what was meant to be a space that recognized and compensated for that likelihood.

This trend has already begun eroding job fairs for specific racial groups. Conferences for black, Asian, and Hispanic MBA students are also finding more MBA students attending outside of the target demographic. The same article that discusses ROMBA notes that about 37% of the students who attended the National Society of Hispanic MBAs in 2013 were non-Hispanic. However, the chief executive officer of the National Society of Hispanic MBAs, Manny Gonzalez, believes non-Hispanic MBA students can benefit from the crossover. He asserts that exposure to diverse communities at job fairs makes for better future employees who understand the value of a diverse workforce.

This is a weird thing to say because job fairs are not designed for attendees to talk to each other or learn from each other. At a job fair, people walk around talking to recruiters from various organizations; looking for future jobs, internships and business connections. It is an intense flurry of elevator speeches and polished resumes. The set-up is typically convention style — recruiters set up booths around a large convention hall and attendees run around talking to as many recruiters as possible. It’s like speed dating for job opportunities. Any non-Hispanic students would be competing directly with the Hispanic students in attendance for face time with recruiters. They would actually be taking time and possibly jobs from Hispanic attendees. How does this contribute to a diverse workforce?

This year, ROMBA is adding a section to the registration form in which prospective attendees have to describe a meaningful conversation about the LGBTQ community and describe what they hope to learn from the conference. Kidd hopes this will help filter out students who do not care about LGBTQ communities, who just want to attend the job fair. Kidd emphasized that the point of the registration form change is not to keep straight people out, especially not active allies, but to make sure MBA student in attendance are coming for the right reasons.

The real questions to ask here are not about how we keep our spaces safe. The questions are about why people who don’t identify with a group feel entitled to go to a recruitment event for that group. Why would a white person go to a job fair for Asian students or Hispanic students or black students? Why would a straight cisgender person go to a job fair for LGBTQ students? Why would a MBA school professor encourage students to attend job fairs for minority students? On an individual level, it stems from a belief that more privileged people have more of a right to access every single job opportunity than marginalized people do to safe space. On a larger cultural level, it seems related to the idea that when marginalized groups try to get on equal footing or catch up to more privileged ones, they are in fact accessing special privileges or “cheating” and getting things that the majority isn’t allowed to have. What we need here is a good ol’ fashioned privilege check. Job fairs for minority groups are set up because these groups experience disproportionate discrimination in the job market and, well, almost everywhere in their daily life. It is very uncool to come into these job fairs and compete for face time with job recruiters when you already have the upper hand in the job market.

A good ally understands this. A good ally is more than just someone who is not racist or not transphobic or not homophobic or not sexist. A good ally works actively for the liberation of others and knows when to check their privilege. A good ally might attend the ROMBA conference because they genuinely care about LGBTQ issues and people. They would not register just to crash the LGBTQ job fair. A good ally would recognize that the whole wide world is a straight job fair and maybe they should let their LGBTQ friends have this one opportunity.