Hello bookworms! This week the library I work at is experiencing a “book shift,” which means that I am helping move lots and lots of books from the shelves onto carts and into boxes that will go to into storage. Here’s the news we missed while I was getting super strong from lifting encyclopedias.

“The reality is that the lesbian, gay, and bisexual community cannot stand by any longer and pretend that any form of transgender discrimination can be painted over as a feminist or progressive issue,” the Equality Michigan team wrote in a letter introducing the petition. “We must stand up, even if it is to our own, and make it clear that transgender women deserve to be treated as women in all settings. …The time has come, we are drawing a line in the sand, this ‘intention’ can no longer stand.”

+ The University of British Columbia conducted a study that found that predominantly LGBT communities are declining in population.

“Gay neighborhoods have been crucial to the struggle for freedom, and have produced globally important contributions, from politics to poetry to music and fashion,” Ghaziani says. “The growing acceptance of same-sex couples underlying these findings is extremely positive, but it is important that we continue to find meaningful ways to preserve these culturally important spaces.” 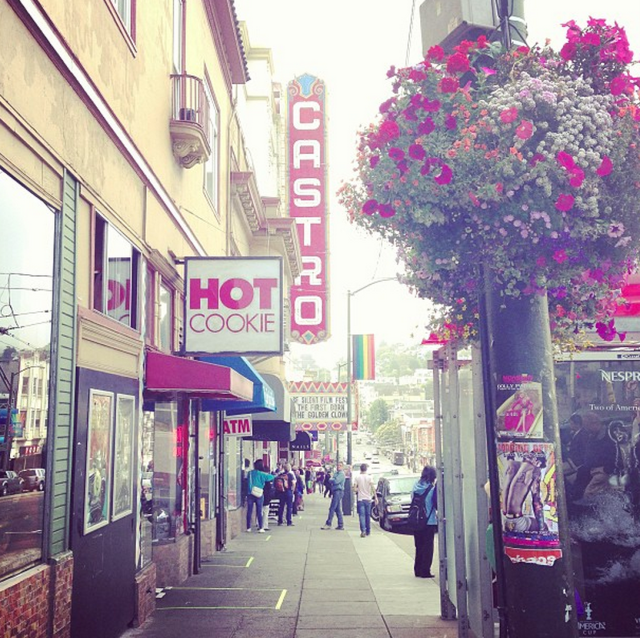 Check out this artsy picture of the Castro (San Francisco’s historic gayborhood) that I Instagrammed last year.

+ A  survey of LGBT residents in Arkansas found that discrimination is prevalent in families, workplaces, medical institutions, and more.

Mary Lambert is a Wonderful Human

+ Mary Lambert was recently featured in The Advocate’s 40 Under 40, and rightly so!  Not only does she “rock mom jeans, cat earrings” (a quality lyric from her song “Secrets”), but her music is beautiful, compelling, and addresses important social issues.

“My goal is to bring a lot of these issues that so many people are already advocating for and talking about [into pop culture],” she says. “Whether it’s body dysmorphia or eating disorders or just coming out, or exactly being who you are. [Countering] all of the mean people in your head, telling you to shut up, and live apologetically.”

But Lambert’s art isn’t merely taking advantage of this moment when she has more notoriety than most plus-sized queer women could ever dream of. Her message is rooted in her own experiences, which get channeled through her classically trained voice to give a novel kind of exposure to heart-heavy topics.

“All of those are things that I used to suffer from, and be wracked with all the time,” she continues. “And I’ve experienced so much joy and so much freedom once I let those go — so it would be crazy for me not to see, how can I put this on, in everybody’s faces so that they can’t get away from it; in the same way that all the bad shit is in our faces all the time.”

+ The media needs to get A LOT better at covering sexuality, especially young people’s sexuality.

Talking about youth sexuality can be a challenge, but it doesn’t have to be. It starts with getting youth involved. And when youth are involved, we shouldn’t try to make them into mini versions of ourselves; we should work to help preserve their unique voices and experiences, whether that means including a youth quote in an article or having a young person write an article themselves.

+ A new children’s book series is highlighting queer families of color! And it’s called the Flamingo Rampant Book Club, how cool is that?

+ Capitalism, racism, and disableism are “a ménage à trois that fucks all of us over.”

US language around disability centers the individual: we say a person “has a disability.” Disability rights activists in the UK, however, frame it differently. They recognize that people with disabilities are not disabled by impairments. We are disabled by the built environment and a capitalist society that excludes and exploits some while enabling others.

In Portland, that exploitation is a stark reality. Crowded bars and fab restaurants up a hill full of steps, bathrooms that are either wheelchair inaccessible or gendered or both, menu items and whole parts of town steeped in the violence of cultural appropriation and racism…these make places inaccessible to so many of us, but are accepted by the masses as commonplace and unremarkable: a reward earned by their successfulness, an entitlement that not everyone deserves.

Let’s Talk About Women in Science

+ Emily Graslie is the host and star of The Brain Scoop, a popular YouTube series about her experiences working with animal specimens at museums. She recently talked to Cosmo about the importance of getting women and young people interested in science, as well as her path to becoming the Chicago Field Museum’s Chief Curiosity Correspondent.

The whole model of how science is being taught in our schools needs to change. I want women and girls to feel empowered in their own knowledge-seeking. I want there to be less of a stigma against inquisitive learning. It was like that for me in high school — when you expressed an interest in science or biology, people made fun of you for being a nerd. It has this negative connotation that’s detrimental for fostering an interest in science for women especially. I always encourage girls to pursue what interests them. I didn’t get to be where I am because of how I look. It’s not like somebody said I should be doing this position. I’m not an actress playing a role. I’m playing myself, the person who was studying art and who didn’t realize I could be good at science. 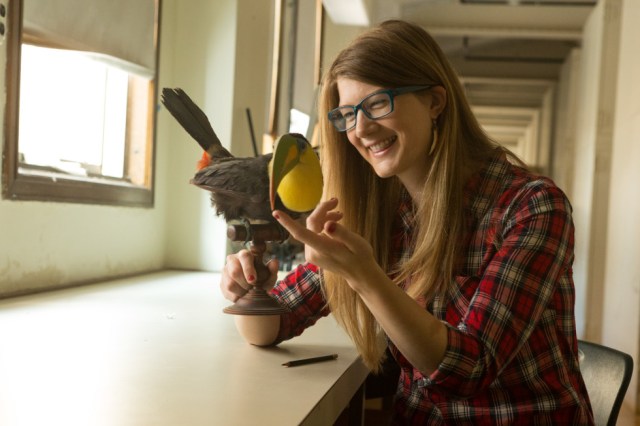 + A study in the scientific journal PLOS ONE revealed that sexism and sexual harassment  in STEM are still tremendous problems, so much so that women are deterred from entering science professions.

“Our findings were simultaneously not surprising and shocking,” said Julienne Rutherford, assistant professor at the University of Illinois and a co-author of the study. “The sense of not being able to work freely and to reach one’s full potential because of this constant, sort-of, social negotiation to protect oneself is something that I think [the study’s authors] all felt at one point or another.”

+ NYC area straddlers should check out Slam Up at FringeNYC!

+ If you’re a masculine-of-center queer person of color in LA or Fresno, definitely head to the Brown Boi Project’s Summer of Brown Boi.

The Brown Boi Project in partnership with organizations throughout California will launch Summer of Brown Boi – 2014, a statewide tour to transform the conversation about race and gender in communities of color. This daylong gathering for young people of color will include workshops & open space conversations focused on race, gender, love and self-care and give attendees a chance to connect with local organizers doing work around race and gender. 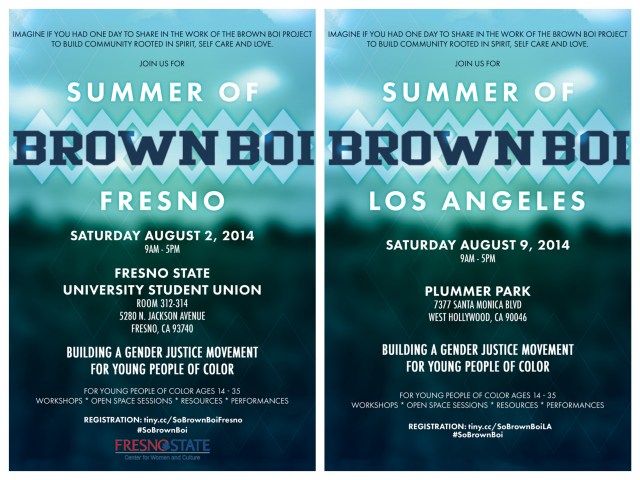 You can keep queer media alive with your couch change! (Is this still a thing?) If everyone who visited Autostraddle today gave just 78₵ we’d meet our goal. Will you help us out?