In exciting news for bisexuals, pansexuals, queermos and other in-betweenmos all across the USA, White House Public Engagement Advisor/LGBT liasion Gautam Raghavan has announced that on September 23, a roundtable discussion will be held surrounding bisexual issues in America.  This meeting will take place behind closed doors in the Eisenhower Executive Office Building of the White House, and Raghavan has written that “participants and administration officials will discuss a range of topics including health, HIV/AIDS, domestic and intimate partner violence, mental health, and bullying.”

Information surrounding the discussion is limited, but Michael Cole-Schwartz, a spokesperson for the Human Rights Campaign has announced that the HRC will be present and participating.  He added: “It’s a testament to this administration that they are focusing on all elements of the LGBT community and they should be applauded for hosting an event focused on some of the specific issues impacting bisexual people.” 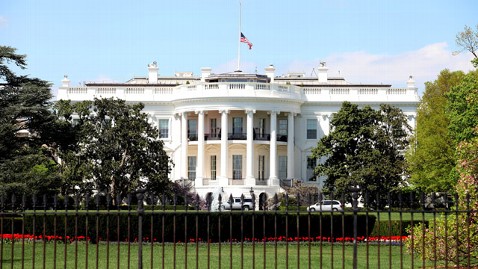 This discussion will be the first time this administration or frankly any administration has acknowledged the myriad issues affecting bisexual Americans.  While it is often assumed that non-monosexuals are easily assimilated into LGBTQ culture and deal with similar struggles, the San Francisco Human Rights Commission’s 2011 report Bisexual Invisibility: Impacts and Recommendations paints a very different picture.  According to their research, bisexuals were statistically more likely to suffer from depression, anxiety, hypertension, complications from smoking, alcoholism and other mood or anxiety disorders, and poor health in general.  They were also more likely to live in poverty, less likely to have access to health care and quite significantly more likely to commit or seriously consider suicide than their straight, gay or lesbian counterparts.  The report attributes many of these findings to non-monosexual individuals feeling invisible or isolated, that their sexual orientation is considered immoral, invalid or “just a phase.”

Earlier this year, the U.S. Center for Disease Control and Prevention found that in a sample group of nearly 1,000 women, 61% of bisexual women reported some incident of rape, physical violence, and/or stalking by an intimate partner, compared with about 43% of lesbian women and 35% of heterosexual women.  The research also found that bisexual women were statistically more likely to be raped or subject to unwanted sexual contact regardless of relationship status, and also more likely to report that the incident(s) had affected their lives in a negative way. While this of course does not mean that the stigma and oppression faced by bisexuals are “worse” than that experienced by gays, lesbians or any other group, the data clearly points to the conclusion that the issues experienced by bisexuals are unique and distinct, and that investigating their solutions requires treating them as such.

Oftentimes it’s a challenge for bisexuals to simply have their identities perceived as valid, and our government’s acknowledgement that we are a real community with unique challenges is a huge step towards eradicating that misconception. It seems highly unlikely that this White House conference will immediately impact these very real concerns for the bisexual community, and it doesn’t bode particularly well that the HRC is the only group confirmed to be attending given that the HRC doesn’t have a history of specifically addressing or representing bisexual people or issues. But the fact that a meeting is taking place at all is enormous and exciting progress.