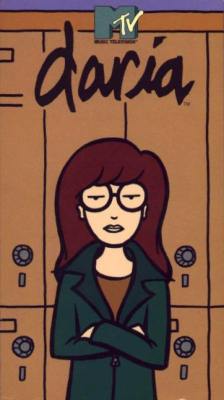 There are few things I want more than the return of Daria.

The snarky MTV cartoon was so much more than a cultural touchstone for myself and my nerdy misfit friends in high school. We knew every line backward and forward – hell, I even used to hold a tape recorder up to my TV speakers so I could ‘record’ episodes that way. (Why I didn’t use a VCR, I don’t know but that’s not the point).

Now, rumor has it that Aubrey Plaza may be playing ‘Daria’ in a live-action version of the beloved 90’s cartoon and honestly, hearing this news kind of pissed me off. But not for the reasons you might think.

First off, I want to say that I have absolutely nothing against Plaza and I actually find her character on Parks & Recreation to be consistently hilarious. What pissed me off was this MTV poll that provided fans with the ability to choose one of four actresses who they felt could fill Daria’s combat boots based on…uh…something:

The actresses were as follows:

Are you fucking kidding?

Again and again I will say that I have no major issues with any of the women on this list and if anything, all of them have been in movies I’ve really enjoyed.

My issue is that, according to this poll, we have four ‘alternative’ girls in all of Hollywood and any role that calls for someone slightly outside the ‘norm’ will go to one of them because, well, those are the only options.

I felt similarly when they were casting the much buzzed-about role of Janis Joplin and their options were rumored to be people like Renee Zellweger, Amy Adams, and Zooey Deschanel.

I remember thinking, “Have these casting directors seen, heard, or read about Janis Joplin at any time before this?”

It’s not about whether or not these particular actresses can or can’t do something. It’s about the fact that the industry has such a shortage of women who are slightly more ‘offbeat’ (Note: I realize that the notion of ‘offbeat’ or ‘alternative’ women in and of itself is aggravating, but hopefully you know what I mean) -and not simply Cameron Diaz ‘offbeat’- that whenever a role like this comes along, they contact the roughly three girls who have yet to pose for Maxim (at least I think not?), regardless of whether or not those actresses would be right for that particular role.

Apart from the ‘alt-girl’ shortage, it’s very possible that any actress would be utterly useless in this role, as part of the reason why Daria works so well is because the characters are cartoons.

It’s hard to imagine anyone playing football player Kevin or his cheerleader girlfriend Britney without me wanting to gauge my own eyes out, at which point I would also enlist someone to help me remove my ability to hear high-pitched sounds.

The problem is that when you have a character like Daria, who is such a richly and meticulously drawn character, that if all you’re using to make your casting choice is “Well, this actress is not blonde and she’s not excessively perky!” AND you can only think of four actresses in the entire industry who you feel fit this limited criteria, you’re better off just scrapping the whole thing.

*And if we want to nitpick, we’re actually down to only three actress ‘options’, since Janeane Garofalo is in her 40’s and Daria is a teenager (I love Janeane but again, this is based purely on Daria’s age on the show.) 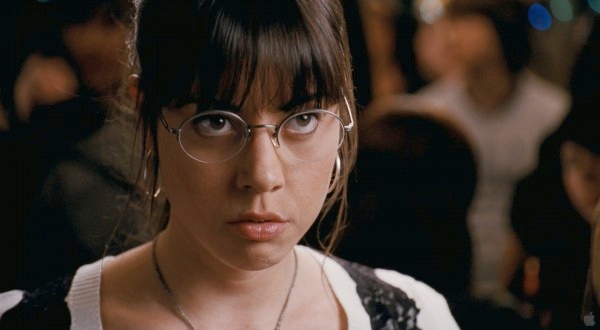 aubrey plaza in scott pilgrim vs the world

As for the question of “who says Plaza or any of these others wouldn’t be brilliant in this role?” Maybe you’re right! Plaza’s characters often have a similar tone to Daria, and her character on Parks & Rec is similarly surly, but in this case it’s not about that.

It just seems to me that when these parts come up, casting directors don’t remotely think of holding an open casting call, which seems strange. If ever there was a good opportunity to let some other actresses in the door, it would be to hold an open call, thus allowing casting directors to opportunity to realize that there may be more actresses out there to choose from when projects like this come around.

Maybe the women who showed up wouldn’t be physically flawless (as that seems to keep out a good number of actresses and not very many actors), but what better time to prove to producers and studio execs that an unknown actress could carry a movie and blow people away with her wit and talent (and not simply her ‘flawless’ appearance), than a movie based on a cartoon girl who is ostracized for not being conventionally attractive?

I’m glad the actresses on that MTV poll list exist. I really am. I just wish we had more alt girls at the party.

Hopefully, one day we will.