In the interest of full disclosure, I have to start this with the admission that for a few years now, I’ve completely avoided media with LGBTQ characters.

They kept dying, or losing their partner to heterosexuality, or getting a terrible disease, or any other terrible, no-good, very-bad endings you could think of, and my little heart couldn’t take it anymore.

So when I picked up Camille Perri’s When Katie Met Cassidy, I put it right back down again and thought hard. Did I want to get emotionally invested in characters who are like me through and through? Or should I maintain a healthy distance, where it’s safe?

I picked it up again. And I’m so glad I did. 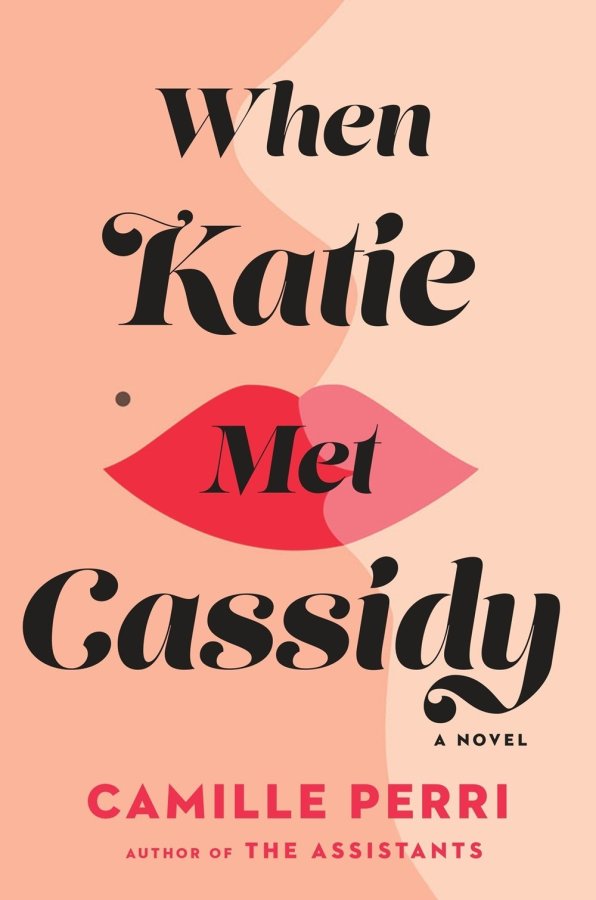 We meet Katie, a femme, introduced-as-straight lawyer in New York City who just got dumped by her fiancé, and then immediately we get to watch Katie meet Cassidy, a decidedly not-straight and masculine-of-center lawyer in New York City. The story follows both Katie and Cassidy as they try to figure out why the other one makes them feel the way they do, and what, if anything, they want to do about it.

No one dies, no one falls ill, no one has any sort of identity-based misfortune happen to them. Knowing this going into the book made it so much easier to fly through; it took me all of a few hours to read.

The plot is traditionally rom-com, with twists, meet cutes, will they won’t they, and holy smokes JUST KISS ALREADY, and if that’s all you need from a book, go for it, it definitely works on that level. But underneath, if you’re queer and feel like tapping into bigger feelings, is the sense familiarity, of knowing these characters before Perri even fully introduces them.

There are the main characters who we get to know as the chapters alternate between their perspectives, and there are Cassidy’s lesbian friends who harangue and love each other in equal measure at their favorite dive bar. Anyone with chosen family will recognize this immediately, the sense of community and fun and adventure and potential out there for LGBTQ people that we rarely get to see represented in media.

Perri, whose first novel, The Assistants, met critical praise, said When Katie Met Cassidy is the book she’s been meaning to write her whole life, but just now figured she had the skills to do it.

“I wanted to write a queer story that I hadn’t read or seen before,” Perri said in an interview with Autostraddle. “I think this was the story I’ve probably spent 15 or 16 years trying to write in various different forms.”

Queer romance books exist, she said, but they can be hard to find or access, or they’re published by small and niche presses that, while creating beautiful books and stories, have a limited reach. Perri’s book, on the other hand, will be published far and wide by G.P. Putnam and Sons, a Penguin Group imprint.

“There is something to be said for the reach that popular culture and mainstream media has on society in terms of really pushing the needle,” Perri said. “We are in an interesting time; this movie Love, Simon out right now, it’s the first time in a really long time that a major studio has taken a chance on a romantic comedy anchored by a gay character. It has a wide release, and it’s reaching people beyond the queer community.”

It’s a heavy and important mission for a book that still manages to be light, fun, funny, and sexy. Perri was also sure not to put labels on any of the characters, letting them explore gender and sexuality without the pressure of having to define it. Alternating the chapters between Katie and Cassidy also allows straight readers the chance to see how it could go when you suddenly realize something about yourself that perhaps you’ve never previously considered.

“A queer reader and a straight reader could read this book differently,” Perri said.

It was also important to showcase the characters’ community, Perri said, because unless a person is LGBTQ, they don’t usually get to see the fun, strong, and entirely human side of the story given that the stories have historically focused on tragedy. Instead of a warning about what could happen if you are gay, this is a celebration of what awaits if you are.

Reading When Katie Met Cassidy felt like closing a wound left open by other queer/same-sex romances that came before it. It was like if Kissing Jessica Stein ended with the two women who fell in love throughout the movie stayed together, or if Piper Perabo didn’t jump from that schoolhouse roof in Lost and Delirious and instead went and found herself another nice gal.

It’s heartwarming, funny, and Perri writes snappy dialogue that could’ve come from any lesbian bar I’ve ever been to. It’s an important book for many reasons, and I hope it is just the first of many from Perri and in this genre.

Join A+!
Related:novelread a f-cking book