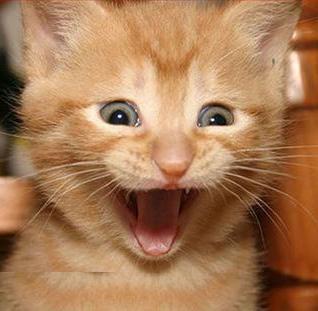 The 2012 Weblog Awards were announced last night while the rest of the world was pretending to watch the Oscars and GUESS WHAT. We won all three of the categories we were nominated in: Best Entertainment Weblog, Best Group/Community Weblog, and Weblog of the Motherlovin’ Year! Can you believe it? I bet you can because you voted. You voted so hard, I’m going to do something I never do which is use the word hella. You all voted HELLA hard. You went ham on the Bloggies. Did you get your parents to vote for us? Inform them they went ham. They’ll be thrilled and feel hip and with it.

On behalf of everyone here at Autostraddle, THANK YOU! You’ve made our dreams come true. None of us will be tributes. We all will live to see CAMP. We get to feel a sense of pride and accomplishment that usually only comes with direct deposit. We love you! Count this amongst my growing list of declarations of love on these here interwebs. It’s better than random declarations of love to that girl you just met. Don’t do that! We also want to send a big ol’ congratulations to our friends Kristin and Danielle at Everyone Is Gay who won a Bloggie for Best LGBT Blog!

Are you going to work the Best Community award into your resume? It’s a trophy for your heart that you won with your fingers. It might be similar to your girlfriend in that way. Come on in, lurkers. The water’s fine. Don’t you want some award? In the spirit of Cady Heron, I’ve decided that you will each get a piece if you break your commenting cherry right now. Everyone take a chance today because we have a reason to celebrate. Visibility! We got it [some]!

I feel like the gravity of a lesbian website winning these awards could be lost on some of you because Riese didn’t show up on a screen in a fancy dress, doing her best Lea Michele pose (ironically), thanking Tinkerbelle from a podium. Maybe we can talk her into a speech! I hope she thanks whiskey.

This is great news for you, the reader! You should be pysched. Because of your efforts, we’ve reached a new level of anxiety about letting you down. You just became my parents, internet! Will you pay my rent this month? It’s okay if you can’t, I understand. Thank you, thank you, thank you! Intercuddle forever.