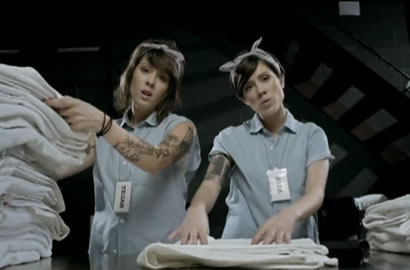 Tegan and Sara, or Change

If you are emotionally invested in the success of Tegan and Sara, you are basically morally obligated to watch the new video for “Body Works” by Morgan Page featuring everyone’s favorite Canadian lesbian indie singers. And really, what’s better than watching two talented women fold laundry for several minutes anyways?

The song itself is good, dance-y pop, and in the video, Tegan and Sara do their traditional staring-into-the-camera-slash-your-soul thing while everyone else dances at this club/gym thing around them. Also, a beefy man spins them around at one point? I don’t know, I’m just here for the haircuts and ethereal voices. The Wonder Twins aren’t even really on screen as much as one would hope, which is disappointing on several levels.

Also, because it’s technically a Morgan Page song (if you say so), you can’t quite check off all of the Definitive Elements of Every Tegan & Sara Music Video, but you can find more than half of them. It’s like Where’s Waldo but with weird Tegan faces. 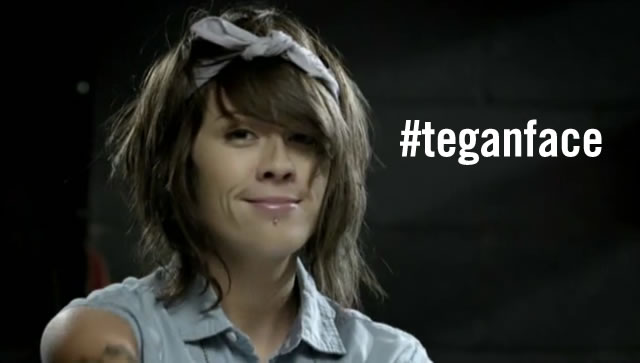