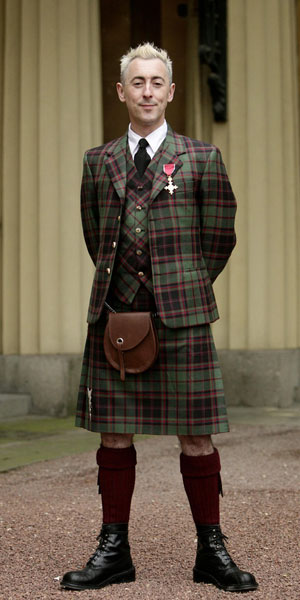 HEY it’s that guy from The L Word!

And now! Now Scotland can also proudly declare itself the 17th(-ish) country to tell its rainbow-flavoured citizens, “Go forth and marry the f*ck outta each other, queermos.” Today, the Parliament passed the Marriage and Civil Partnership (Scotland) Bill with an overwhelming majority (105 to 18) as MSPs were given a free vote unconstrained by party loyalties. 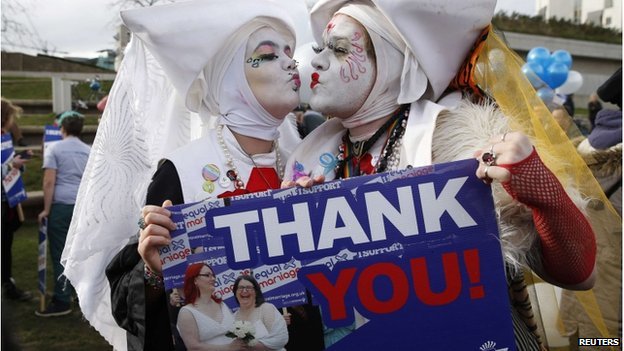 I’m not sure what’s going on here but I like it.
via Reuters

In our UK LGBT Politics Crash Course, we highlighted three areas of concern with regard to the England and Wales Marriage (Same-Sex Couples) Act. Here’s how Scotland fares on the same scorecard:

The next step lies in debating whether civil partnerships (currently a UK-level policy, unless Scotland gains independence in September this year) should be open to opposite-sex couples as well. In the meantime, go forth and marry the f*ck outta each other, queermos.