On January 7th, Nigerian President Goodluck Jonathan signed a law that sentences LGBTQ individuals to 14 years in prison if convicted of same-sex relations. This law also bans same-sex marriage as well as encourages imprisonment of any who support LGBTQ organizations — whether the suspected ally actually identifies as queer or not.

The Same-Sex Prohibition Act explicitly states, “Any person who registers, operates or participates in gay clubs, societies and organizations or directly or indirectly makes public show of same-sex amorous relationship in Nigeria commits an offense and shall each be liable on conviction to a term of 10 years in prison.”

Although President Johnson just signed the anti-LGBTQ bill into law earlier this month, ordinances with provisions similar to this law have been brought unsuccessfully before the Parliament since 2006. In 2011, the Senate adopted the original anti-gay act that eventually would give rise to the current Same-Sex Prohibition Act, and the lower house of parliament passed it in May of 2013.

Unsurprisingly, various Western nations have jumped at the opportunity to respond to Nigeria’s ruling. Secretary of State John Kerry spoke about the United States’ “deep concern” by asserting that “no one should face violence or discrimination for who they love” (because that does not happen in the U.S.). Catherine Ashton, the High Representative of the European Union, commented in a released statement, “I am… particularly concerned that some provisions of the [Same-Sex Marriage Prohibition] Act appear to be in contradiction with… fundamental [human] rights.” Some media outlets even go as far as to compare Nigeria’s new law to legislation passed in other Western countries, like France’s marriage equality ruling.

It is important to defend human rights and to speak out against human rights violations around the world. However, the West, in its attempts to endorse freedom across the globe, has invoked — once again — the White Savior trope that ignores and erases any Western culpability in anti-LGBTQ policies that occur in other parts of the world, especially in the Afro-Diaspora. To talk about anti-gay legislation internationally, we need to talk about a history of white supremacy that brought homophobia and anti-LGBTQ legislation to various countries.

Well, let’s start with a little country called England. You may have heard of it! Recently, the U.K made a lot of queer folks happy by agreeing to legalize same-sex marriage, a ruling that will go into affect for only England and Wales in March 2014. Before England decided to do right by same-sex couples who want to get married, it tried to take over the whole damn world (with the exception of 22 countries) and colonized more than a handful.

England invaded all the pink countries
Image via: The Telegraph

England was not playing around with its colonies, so after a lot of fuss about how to rule all of their territories, it came up with the Colonial Laws Validity Act of 1865, also known as “An Act to remove Doubts as to the Validity of Colonial Laws”. Basically, it set the standard for British laws applying to any territory claimed by the Monarch unless someone gave a really good reason why it shouldn’t.

What kind of laws then applied to English colonies? One law crucial to queer politics today is the Buggery Act of 1533, first passed under the reign of King Henry VIII. King Henry VIII was that upstanding fellow who split the Church of England’s ties to the Roman Catholic Church so that he could get it on with Anne Boleyn and her four successors, and who also got two of six wives out of the picture by chopping their heads off. Our boy Henry was so outstanding in the bedroom that he must have figured he should make laws about what kind of sex other people were allowed to have.

When England gave up most of its colonies and dependent territories by 1997 (they still have several dependent territories in the Caribbean), it did not take all of its laws with it. So even though England and Wales got rid of the sodomy laws in 1967, the “Motherland” didn’t try too hard to repeal the sodomy laws it consequently had established practically everywhere else in the world. Oops!

With this brief history lesson in mind, let’s take a look at some of the countries with the most discussed anti-LGBTQ policies today. There’s Uganda, with its proposed anti-gay bill that also punishes LGBTQ people with life imprisonment (even though President Yoweri Museveni has chosen not to sign the bill into law); Nigeria, as mentioned earlier, now has imposed the Same-Sex Prohibition Act in full force, already making several arrests; LGBTQ individuals are facing an increasing amount of persecution in English-speaking Caribbean islands like Jamaica and Barbados; President of Zimbabwe, Robert Mugabe, even suggested last year that gay men should be beheaded. What do all of these countries have in common? They were all subject to England’s colonial influence.

However, nineteenth century historical records demonstrate that homosexuality existed in many African societies, and that members of royal families often took same-sex lovers. Even with British colonial laws in place, there is not much evidence that governments in colonial territories actively prosecuted individuals for homosexual behavior. So how did these countries go from relatively tolerant views to oppressive legal measures concerning LGBTQ communities? This is where modern Western culture, specifically Christianity, comes into play. The legacy of toxic Western influences on Afro-Diasporic cultural practices is long and convoluted. 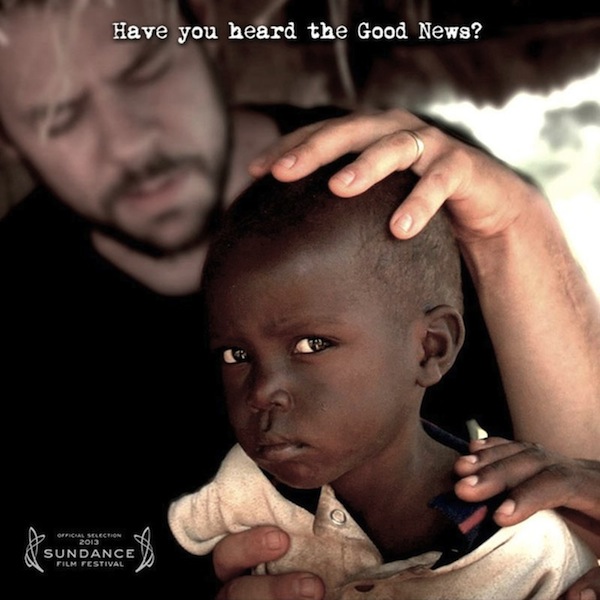 Still from the film, God Loves Uganda. The film explores the relationship between US Evangelicals and religious groups in Uganda

The American evangelical right spends about as much money and dedicates as many resources advocating for religious African groups to denounce queer rights efforts as pro-LGBTQ organizations working in Africa. Groups like the Kansas City-based International House of Prayer and leaders like Lou Engle, and Scott Lively, visit religious communities in African countries and endorse their harmful views about homosexuality. For example, in 2009, three American Christians, presented as experts on homosexuality, informed Ugandans about the dangers of the “gay agenda” in a three-day conference. One month after the conference, a Ugandan politician with alleged connections to American evangelicals proposed the now infamous Anti-Homosexuality Bill of 2009. Even as recently as this past December, MassResistance founder Brian Camenker encouraged Jamaicans to defend the nation’s sodomy laws and not to indulge LGBTQ rights. These “activists” act as White Saviors, spreading the gospel against the “gay agenda” and truly embody a modern form of colonialism. We in the West, especially in the U.S., cannot dissociate ourselves from this poisonous, white supremacist, imperialist tradition that sanctions some Western “prerogative” to barge into other countries and impose our views. With these factors in mind, we certainly don’t have the right to turn around and call those same nations we continually colonize “backwards”. Karl T. Muth explains the Western position perfectly:

“Fascinating is Americans’ enduring ignorance about their country’s relationship with Africa and their unshakable belief that things being imported to Africa from America include democracy, goodwill, and happiness… Meanwhile, the actual imports from America (political and religious extremism, messages of white supremacy, people and organizations encouraging homophobia, quasi-government agents peddling weapons, etc.) go either unnoticed or purposefully ignored.”

Queers in the West may not be in favor of anti-LGBTQ evangelicals invading Afro-Diasporic countries with horrible belief systems, but we cannot ignore the religious right’s actions. Before Westerners criticize policy makers and government systems in the Diaspora, how about we challenge our government’s imperialist relationships with other nations. Before Westerners decide that Afro-Diasporic nations are so “backwards,” how about we take a look at our own histories, how after centuries of unjust laws we are merely beginning to move towards equal rights legislation, and the way that oppression often begins with us. Before Western countries talk about cutting off aid to states with homophobic legal policies, how about we talk about how much harm Western “aid” has done in the past.

For those of us queer people in the West, we must support human rights everywhere in the world; however, standing up for our LGBTQ siblings’ rights also means acknowledging how we are culpable. We must stop pretending that we are ahead of the world when we talk about LGBTQ rights and democracy. If being “ahead” of other nations means that we export our hate instead of confronting it, we are not only backwards, but we are also hypocrites. We cannot call attention to other LGBTQ people’s voices if we only want to hear half of the story. Our struggles are not all the same, but they are definitely connected.