If you were alive and in the United States last week, chances are you heard about Arizona’s Senate Bill 1062. The bill, while supposedly intended to protect an individual’s right to “exercise [their] religion,” was quickly recognized for what it actually was — a reactionary piece of legislation meant to “protect” people who don’t want to make wedding cakes with two brides on them, and so broadly worded it could be used to justify discriminating against pretty much anyone.

It’s similar to bills that have been proposed in thirteen other states. But while most of those bills were quickly killed off (in Kansas, Maine, and South Dakota), sidelined into legislative purgatory (in Idaho, Tennessee, Hawaii, and North Carolina), or are being redrafted to avoid “fiascos” (in Oklahoma and Ohio), SB 1062 actually passed in the Arizona House and Senate. It made it all the way to Governer Jan Brewer’s desk — and although she (thankfully) vetoed it, it lingered long enough to give us a peek into what happens when someone tries to put this kind of bill through in 2014. It turns out some surprising forces are marshalling to our defense — and it’s hard to know how to feel about that. 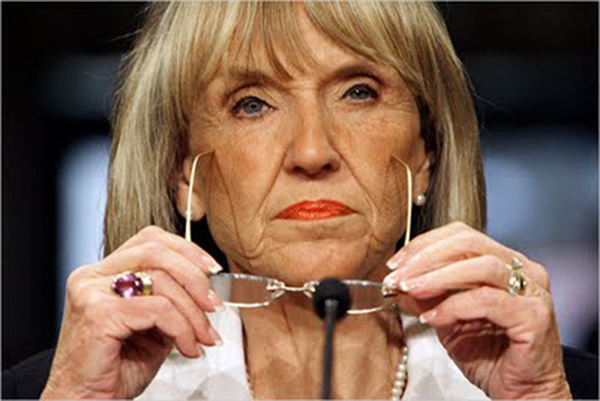 In the days before she vetoed the bill, Governer Brewer got a lot of mail with official letterhead. Last Monday she received a message from “the heads of four Arizona business consortiums,” including the CEOs of the Greater Phoenix Chamber of Commerce and the Arizona Chamber of Commerce and Industry. The letter cited concerns about the bill’s potential to have a “negative effect on our tourism industry” and to “harm job creation efforts and the ability to attract and retain talent,” and “respectfully request[ed]” that she veto it. A separate letter from American Airlines CEO W. Douglas Parker urged the same thing, predicting that passing the bill would “reduce the desire of businesses to locate in Arizona,” and saying that many of his 10,000 or so Arizona-based employees were “tremendously concerned.” JP Morgan & Chase made a public statement supporting a veto, as did Intel and American Express; the Arizona Super Bowl Host Committee announced that they had “heard loud and clear from various stakeholders that adoption of this legislation… would deal a significant blow to the state’s economic growth potential”; and eighty-four companies, including PetSmart and AT&T, signed another letter urging a veto and calling the bill “frivolous, unnecessary, and fiscally perilous.”

This is the latest, loudest incarnation of a pretty new but very real trend — discrimination against gay people has become bad for business. “The Arizona legislation was an especially acute uproar over gay rights and religious liberty, but the larger dynamic at play there — pitting powerful business interests against ardent social conservatives — has played out over and over” in recent gay rights battles across the country, says Politico, pointing to Jeff Bezos and Bill Gates’s donations towards marriage equality in Washington State, and the “host of major corporations” that submitted an amicus brief urging the Supreme Court to overturn DOMA. There are other examples: in 2011, companies like DuPont, Blue Cross Blue Shield, and Comcast spoke out against a bill that would have allowed the state of Tennessee to overrule anti-discrimination laws passed by its own cities. Disney just decided to cut funding for the Boy Scouts. In light of all this, Politico concludes that “there’s currently no more powerful constituency for gay rights than the Fortune 500 list.” 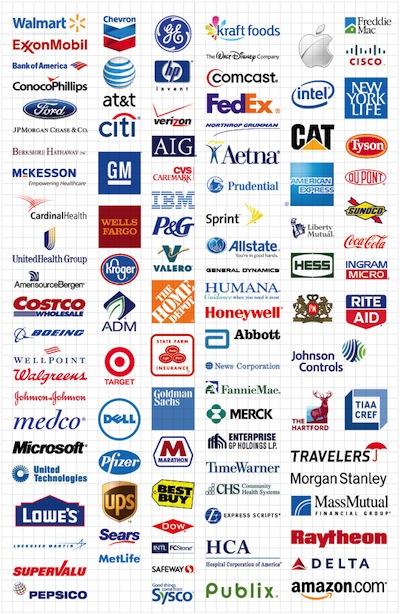 The takeaway from this development is complicated. On the one hand, this particular outcome was great — I’m certainly glad that S.B. 1062 didn’t pass, and I’m thankful that so many powerful people took the opportunity to speak out firmly against discriminatory legislation. It’s encouraging, as a societal barometer, that this was a PR fiasco for the state. It’s great that companies don’t care who you love as long as you work hard and buy their stuff. And it’s heartening that a social movement can wield this kind of economic influence.

On the other hand, it’s frightening (always!) to be reminded that economic players wield this kind of political influence — just because they happen to be using that muscle for good this one time doesn’t make  that fact any less scary. And it’s non-intersectional, bad-spirited, and false to characterize “the Fortune 500 list” as “the most powerful constituency for gay rights” when they’re so markedly bad at supporting other oppressed (and overlapping) communities, or other queer issues that don’t happen to immediately affect their bottom line.

For proof of all of this, just go a few years back in time. In 2010, Arizona passed SB 1070 — the country’s most stringent immigration bill. SB 1070, a controversial, terrible law that allows law enforcement officials to detain people upon suspicion that they might have entered the country illegally, invites racial profiling and breaks a few amendments. Obama publicly decried it, hundreds of thousands of people nationwide demonstrated against it, and the Supreme Court eventually struck down three of the law’s four provisions for being unconstitutional. The city councils of Los Angeles, Seattle, Denver, and San Francisco pledged to boycott Arizona-based businesses and government agencies. But you know who was notably silent at the time? JP Morgan & Chase, American Airlines, Intel, American Express, PetSmart, and AT&T. They didn’t write any letters until 2011, when it became clear that the bill’s passage had negatively affected the economy — then there was, suddenly, “a strong, unified feeling within the mainstream business community that the state had hit its theoretical limit in the area of immigration reform,” as Arizona Chamber of Commerce CEO Glenn Hamer explained. 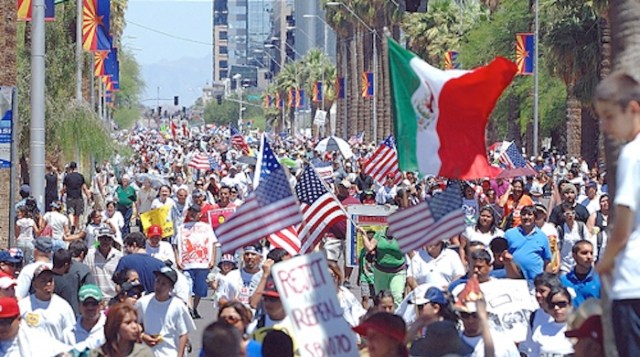 If that strong, unified feeling (which I think was probably more of a strong, unified number-crunch) hadn’t cast a shadow over SB 1062 — and everyone from Hamer to Senator John McCain has stated unequivocally that it did — Governor Brewer might have made a very different decision last week. Looked at in this light, the SB 1062 victory becomes bittersweet. It took economic proof that discrimination against brown and undocumented people was bad for the state of Arizona in order for corporations to become convinced that further discrimination would also be bad. They couldn’t get there on their own. And all of the attendent fears they expressed — that Arizona would lose tourism and “talent” and reputation points — are specific fears about losing benefits that certain gay people can provide, specifically economically privileged gay people, likely to be cisgender and white. Other oppressed groups don’t have the same clout with corporations literally because they are economically marginalized and systematically discriminated against. And that means corporations won’t bother to speak out to stop that kind of discrimination. This is the terrible flipside of the circular relationship between politics and economics that got SB 1062 vetoed.

If you need another example, there are equally notable current silences from corporate entities on social issues. In a few weeks the Supreme Court will start to hear arguments in Sebelius v. Hobby Lobby Stores, Inc. The owners of Hobby Lobby Stores are arguing that, due to their religious beliefs, they shouldn’t be required to provide emergency contraceptives as part of employee health insurance. This is a different level of the same religious-based license-to-discriminate legislation as SB 1062. As a group of fifty LGBT, health-related, and women’s groups put it in an official Statement of Opposition, “all of these attacks are cut from the same dangerous cloth…  if corporations get a license to discriminate under the guise of religious liberty, LGBT people could be turned away at hotels and restaurants, women could be denied access to birth control, people with HIV or AIDS could be denied health care, single mothers could be denied bank loans, and children could be prevented from getting immunizations.” Lambda Legal filed a similar amicus brief.

Guess who remains statementless, letterless, and briefless? The whole business community. As Jeffrey Toobin of The New Yorker points out, “when, as with expressing opposition to S.B. 1062, it costs business nothing, companies are now happy to display their support for gay rights.” But when, as with Hobby Lobby, they could potentially avoid having to pay for something, they throw the gays under the bus — along with other even more PR-friendly groups, such as, you know, “children.”  They’ll never put their money where their mouths are. It’s important to remember that — especially as we benefit more and more from their support.