Hey unicorns, have you spent the past six weeks anxiously awaiting the next installment of everyone’s favorite lesbian webseries? Duh, of course you have. Episode 202, “Awkward/Awesome”, was funny and sexy and perfect, but it left us with so many questions! We need to know if Harmony and Bambi are rising in love together, if poor Miguel has finally convinced J to take a shower, and if I mean Keesha and Vic can continue to outdo themselves every fucking episode with the best lesbromance the world has ever seen. These are Serious Questions, ya know? Today is a day for Serious Answers. (Or not — you’ve gotta watch the episode to find out!) 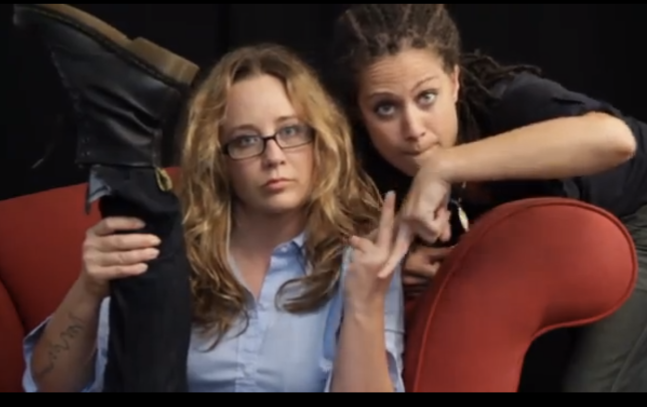