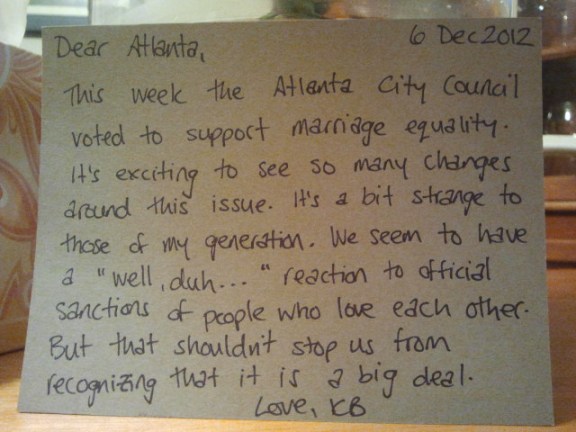 With the recent Atlanta City Council and mayoral endorsement of marriage equality, my (very much red) homestate of Georgia stands a chance of becoming one of the first Southern states to legalize gay unions. But while the 1,138 rights, perks, and securities that come with marriage are of utmost priority to many LGBT couples throughout Georgia and America alike, we queers who are single, waiting on our pumpkin carriages/U-Hauls, or just plain disinterested in the institution may feel left a bit out in the cold. Georgia doesn’t even have a hate crimes law to speak of, let alone one that recognizes crimes based on gender identity and sexual orientation. While pleasantly surprising, this highly-publicized endorsement feels like the Peach State is putting its gay marriage cart before its hate crimes horse.

This wasn’t always the case, though. In 2000, Georgia did indeed instate a hate crimes law. The problem, however, was in the wording. Defining a hate crime as an incident in which a victim is chosen based on ‘any bias or prejudice’, the law somehow succeeded in protecting …everyone, from actual survivors of hate crimes to Florida Gators fans. In 2004, the state’s Supreme Court threw out the law, thus proving that Georgia’s tragic 17% illiteracy rate apparently includes some of our own progressive policy authors. 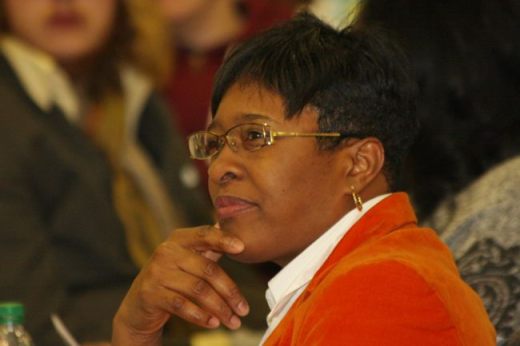 Fast-forward seven years. In February 2011, Keisha Waites — a lesbian underdog who’d previously run for public office not one or three or five but eight times to no avail — was finally elected to Georgia House of Representatives in a special election. Waites became the state’s fourth openly LGBT legislator (fun fact: three of those four are people of color). She was later re-elected for a full term in a landslide election this past summer.

And man, is she on top of her shit. 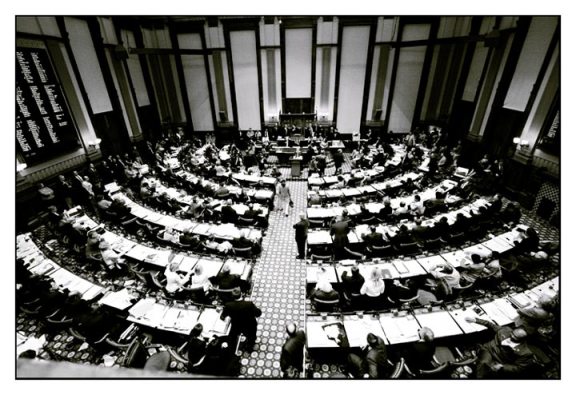 Months before the start of January’s legislative season, Waites filed three bills with Georgia’s House of Representatives. The week after Thanksgiving, she submitted HB 12, an anti-hate crime measure that would double the penalty for misdemeanor hate crime offenses based on race, religion, gender, gender identity, sexual orientation, or national origin. HB 12 is everything that Georgia’s previous hate crimes law wishes it could’ve been. If signed into law, HB 12 would mirror the super-progressive hate crimes laws of California, Oregon, and Massachusetts. Not too shabby for a red state! As if filing this bill once wasn’t a bold enough statement, Waites re-filed it again as HB 24 on December 11. She also pre-filed HB 15, which would require public schools to report bullying and develop strategies to prevent bullying. If put into law, HB 15 would be huge step for a state that vaguely requires its teachers to implement anti-bullying strategies of their choosing.

Even with the implementation of the federal Matthew Shepard and James Byrd, Jr. Hate Crimes Prevention Act in 2010, state hate crimes laws matter immensely. The Hate Crimes Prevention Act only applies to felonies, not state crimes. What’s more, the hate crime stat tracking like Waites is trying to implement in Georgia is not a feature of the federal hate crimes law, but it’s one that could be of benefit to public school administrators, parents, and even authorities. The fact that the Georgia’s little lesbian that could is working to get this all turned into state law makes me feel safer than any gay marriage endorsement ever could.