“Yet, in leaving home I did not lose touch with my origins because lo mexicano is in my system. I am a turtle, wherever I go I carry ‘home’ on my back.”

Those words are from Chicana lesbian feminist poet and scholar Gloria Anzaldúa’s most famous work, Borderlands/ La Frontera. Borderlands is in part a meditation on being Chicana, being Mexican-American, being from multiple homes that often feel at war with each other, and never quite belonging to each. Watching Tanya Saracho’s Vida, which explores its own set of questions about the difficulties of home and belonging from the eyes of a queer Chicana, I couldn’t help but be brought back to Anzaldúa — What does it mean when you end up back in the home you once ran from? What new lessons await you there? 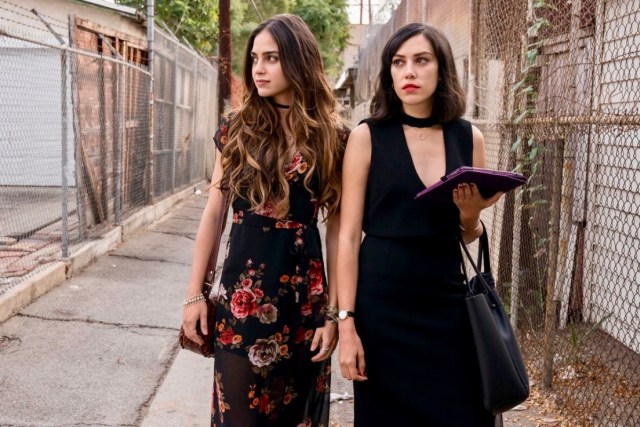 Vida follows two adult sisters, Emma Hernandez (Michel Prada), the queer protagonist in question, and Lyn Hernandez (Melissa Barrera). The sisters are returning home to their Boyle Heights, East Los Angeles neighborhood following the death of their mother. After years estranged from each other, their mother, and their home, Emma and Lyn are hoping to make a quick funeral appearance and get out of town. Things immediately get more complicated when the two sisters meet Eddy (out queer non-binary actor Ser Anzoategui), their mother’s handsome, quietly shy, butch lesbian “roommate” who they find out at the funeral was actually her wife.

Forced to confront their mother’s secret marriage and readjust to their old childhood neighborhood, ghosts from the past blow in like the breeze to haunt both sisters. Emma catches up with her first girlfriend, Cruz (Maria Elena Laas). Their relationship — along with her mother’s death — opens up pain that Emma once thought she buried. Lyn finds herself in a similar messy path down memory lane with her old high school boyfriend, Johnny. Eddy, the softest of butches to ever soft butch, works to make a home for both girls, despite her own grief and their collective icy first meeting. Framing the central family drama, Boyle Heights becomes a character of its own, with Marisol — Johnny’s teenage community activist younger sister — serving as its protector.

In 2016, after a successful career as a playwright and several years experience in the television writers rooms of network and cable hits such as HBO’s Looking and Girls, along with ABC’s How to Get Away with Murder, queer writer/producer Tanya Saracho was approached by Starz. They were interested in developing a series about gentrification in East LA.

They gave her an article about “gente-fication.” The term refers to when historically Chicanx and Latinx neighborhoods are gentrified or otherwise redeveloped by younger, middle and upper middle class Latinxs. They have a nostalgia for their old communities, but also want Starbucks and Wi-Fi. They also have little consideration for the disruption that their upwardly mobile presence causes and the resulting long term consequences for the poor and working class residents who already live there. Saracho was drawn to the racial and class complexities of the article, but as she told Out Magazine, she also felt that “it had nothing about queerness and women… So I was like, I’m going to make it my thing”. 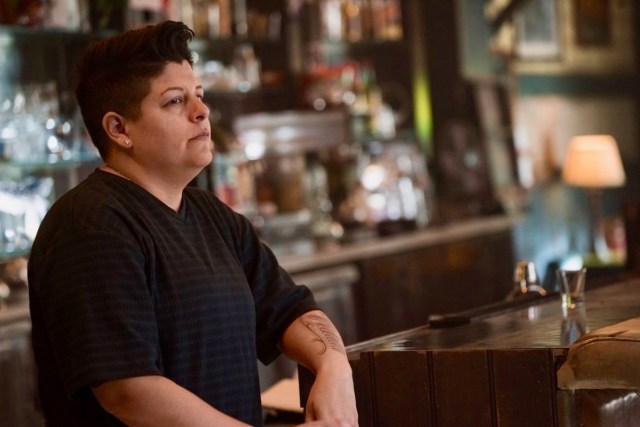  Her thing is Vida, developed by Saracho and brought into fruition with the help of an entirely Latinx, mostly queer, writers room, along with a team of people of color directors. Over the six episodes of its first season, Vida takes not only gentrification and class discrimination to task, but also homophobia and sexism. It pays tribute to the communities that women build with each other to save ourselves. Those threads are woven into the scaffolding of a sultry, deeply moody, expertly detailed exploration of family, sex, grief, love and rediscovery.

Vida’s half hour format makes it easily digestible, but it would be a mistake to think of it as mindless as a result. Saracho’s skills as a playwright are at the forefront here — the show moves at its own pace. It’s richly soulful and plenty addictive, but it also takes a few episodes to really pull back the layers of the characters. If you’re willing to traverse the journey, the results will blow you away. Each of Vida’s episodes stayed with me long after the show ran its credits. I’d hear Emma or Lyn’s voice in my ears; I would close my eyes and see Eddy’s in return. The women of Vida burrow into your heart and soul.

Proudly rooted in Chicanx and Latinx storytelling, Vida doesn’t shy away from mysticism or playing with Gabriel García Márquez’s magical realism. The characters fluidly swing in and out of their Spanglish. They share in memories of Selena and eat Mangonadas with fresh chili on top. They don’t patiently hold their audience’s hand through the experience, either. But, Saracho and rest of the show’s writers are not making Vida limiting to outsiders. Instead, they ask that viewers engage the show on its own terms. It’s brazen and a bit bold in that way — asking that you bring all of yourself to the viewing process, and it promises to be vulnerable enough to give all of itself in return. 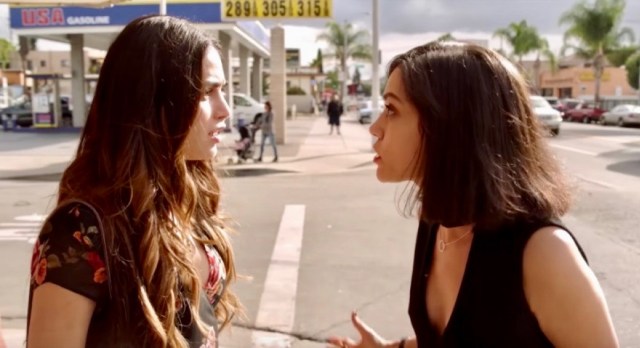 Vida’s super sexy and unapologetic in its queerness. The queer sex doesn’t happen right away, but when it shows up, it announces itself with a BANG that will be heard ‘round the world. Though Emma and Eddy are the central queer protagonists, the supporting cast of each of their friendship circles come peppered with queer bodies of all shapes and sizes and gender spectrums. Ser Anzotagui explained it best to Autostraddle, “they talk like my real life friends. More than once I got lost in the background conversation, and found myself answering back.” Cruz, straddling the line of being both Emma’s old flame and newly acquired love interest, can’t help but stand out from that pack. Her swag can be seen from space — and her shoulder tattoo sleeve definitely didn’t hurt.

A family of women opening up their baggage and helping each other heal their scars, a community not turning a blind eye to their surrounding politics, and queerness as the central axis upon which everything else spins — it’s everything I could want out of my viewing schedule for the next six weeks.

If you want to catch up with Autostraddle’s Vida coverage ahead of the show’s debut this weekend, I’d recommend our interviews with both Ser Anzoategui and Tanya Saracho, who were open hearted, brutally honest, and just flat out delightful in their time with us.

Vida premieres this Sunday, May 6th, at 8:30 PM, wherever you have Starz.

Carmen has written 500 articles for us.