If you’re getting your career cues from romantic comedies, you’ll likely come away with the idea that women work exclusively in the food, fashion, media, publishing or event planning industries. Now, I’m not saying I’ve not done my fair share of pouring coffee and writing online fashion articles, but I’m also a scientist. And scientists? Well, we just don’t get the same amount of screen time. Scientist-turned-writer/director Valerie Weiss is hoping to change all that with her new film, Losing Control.

Losing Control stars Miranda Kent as Samantha, a cute Ph.D. student who desperately needs her negative control to work in order to finally get her doctorate. Along the way, she also attempts to scientifically prove that her current boyfriend is The One. Though Weiss’s movie is without a doubt a heteronormative romcom that takes typical comedy swings at every religion, creed and culture, it also taps in to something that — being both a woman and a scientist — I found deeply familiar. I had a chance to talk with Weiss about straddling the science/art divide, creating realness and exploring relationships on film. 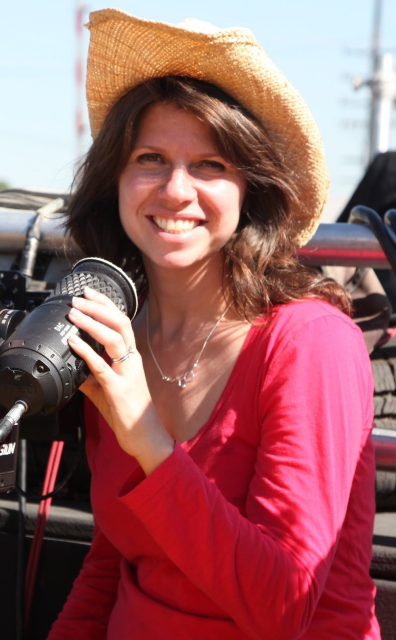 Weiss on growing up interested in biology and theater:

I grew up with an interest in the arts; I started acting when I was about nine years old and I loved it. I got a strong message from my parents that, “That’s great, but what are you going to do for a living?” When you hear that at a very young age, you internalize it and it makes you very fearful of taking a professional risk like that.

So when I was in tenth grade I fell in love with biology. I think what I loved about theater was this quest to figure out what’s at the heart of a relationship. Why do things work the way they are? Why do people act the way they do? And then, suddenly, biology seemed like it was answering the same questions. I felt like for the first time I had a full picture of the way the world was.

On higher education and career:

I went to Princeton and majored in molecular biology, but minored in theater and dance. I loved both though, I loved being in the lab. And I wasn’t ready to make a decision.

I still had that feeling, I guess, deep inside me that I loved the arts but it’s not a career. So I decided to go to grad school, and started my Ph.D at Harvard studying biophysics. While I was writing my dissertation, I made my very first film. Two weeks after we wrapped production I had to defend my thesis and then I never did another experiment again. I decided to make films.

On making a film about a woman scientist:

People thought that was so cool, but then when I’d pitch to studios they’d say, “So what does she do? She invents the perfect potion to find the perfect man?” or “She clones him?” Their understanding of how you could use science in an interesting way was so limited and so distasteful to me. When you’re a real scientist you’re like, “There’s so much that’s cool about science!” so why not use what’s really there? That doesn’t help inspire someone to become a scientist when it’s all fake. I really wanted it to be an authentic portrayal of a scientist of a woman scientist, because you never see that in the media. 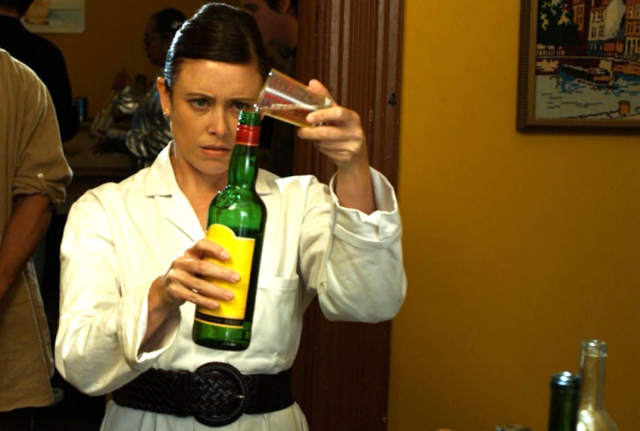 On the importance of role models in the media:

When I went to grad school 50% of the class was female. These were women who had relationships and were real women and I wanted to see that on screen.

Not just in the news, but through fiction and narrative if we’re really going to impact young people to want to do it. If you don’t see examples, if you don’t see role models –I’m sure you see this with the gay community in your publication — You feel a little lost. You feel like you don’t know if what your feelings are are valid. You feel a little crazy for wanting to do that. So it’s very important to have those role models.

I think that [making a romantic comedy about a scientist] might make a bigger difference than other stuff out there. If you want to learn what science is about intellectually there’s always textbooks. But lifestyle, I think, is the missing link for a lot of women who want to become a scientist because they don’t know what it looks like. Where do you live if you’re a scientist? How much money do you make if you’re a scientist someday? Do you take vacations? Do you have kids? I think that this movie is one more step in that direction in terms of showing a lifestyle.

On what it means to be a working woman in a relationship:

[In the film, there’s a line that says] “Today it’s complicated.  There’s women’s careers, and housing’s too expensive for a bi-adult family…” and I think that’s kind of true.  Women are raised to have it all, to have a career, to have kids but nobody had ever though about, well can we actually make that happen? What happens if both parents work and if both want to have big careers? It kind of like, “It takes a village.”

In the movie I really wanted to show a lot of different ways to have relationships and also different ways to figure out this idea of being with one person.  The idea of polyamory was always very interesting to me especially living in Boston and being a scientist. It’s almost like there’s a village right there in a polyamorous relationship. I wanted to explore that as another viewpoint to [finding] perfection in a relationship. 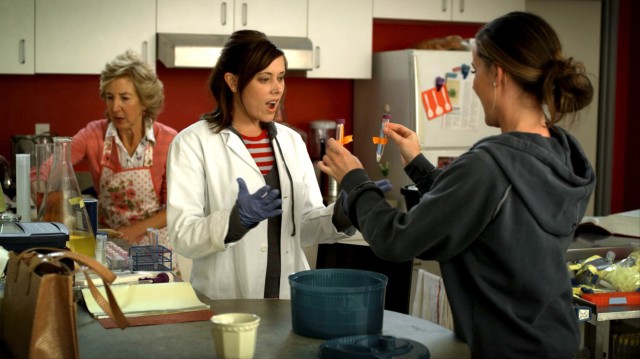 On creating scientific realness in the movie:

I was lucky enough to get an empty lab where we could shoot so we wouldn’t disturb anyone, but that meant I had to fill it. I was literally putting the test tubes where they should be and labeling everything because I think those details are what help you access a world. When I watch CSI or some of the TV shows about science they’re so clearly fake. And, as a scientist, I can’t even really watch them because it’s just like, “That’s dumb.”

I think when everyone watches movies they want to buy in emotionally. You feel like if the world isn’t authentic it’s really hard to trust the emotional life of a character. There’s a lot of absurdity in my movie, but I wanted everything that wasn’t absurd to be so ridiculously real so that when the absurdity happened you could go on the fun ride of the absurdity. 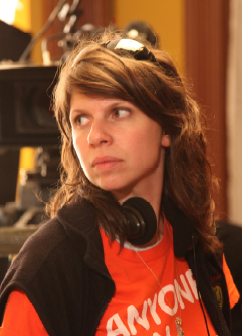 On her future in film:

Right now we’re in seven cities and we know audiences love [Losing Control] because they laugh start to finish in a predictable way. We’re really excited about that, but we need more people to see it and on a modest marketing budget it’s really word of mouth. Our goal is to have it play as widely as possible.

I have a film called Overstuffed that I’m working on right now that’s about three strange siblings who, due to various life crises, need to move back home with their hoarder father. It’s all about getting rid of stuff to become a family again and it has a few scientist characters in it. I have some other projects as well, but I’m just excited to keep working and I have lots of different things I get to think about. That’s the most exciting part of being a filmmaker.

Losing Control will be showing in Cambridge, Ma through April 12, opens in Los Angeles, Tempe and Tacoma April 13th and opens in Modestom, CA April 20th. See here for showtimes and additional details.

sign up for our newsletter
Related:comedyinterviewsciencewomen in mediawomen in science