As if you needed another reason to consider moving to Sweden, the land of gender-neutral preschools, Lisbeth Salander and one of the highest scores on the Global Gender Gap Index: the country’s National Encyclopedia has added a new gender-neutral pronoun to its dictionary. Hen (pronounced like the English word for a female chicken) was added earlier this month as an alternative to the gendered pronouns han and hon (he and she). Although gender-neutral pronouns like hän (which was borrowed from Finnish, a language that has no gendered pronouns), den (meaning “it,” a recommendation by the Swedish Language Council that LGBT communities have disapproved of because it suggests that the people it refers to are less than human) and h*n have been around for a while, hen has been the word on everyone’s lips lately.

The linguistic change isn’t an isolated incident. Only recently the French banished Mademoiselle in an effort to free women from the obligation to disclose their marital status on formal documents. The Swedes, who don’t use any type of honorific system, have also seen pressure from groups who want to remove approving first names from the job description of the Swedish Tax Agency. Currently, there are only 170 officially recognized unisex names, but parents want the right give their children names that aren’t traditionally tied to a gender.

Like the push for removing regulation on naming, the adoption of hen comes from a culture invested in gender equality. Gender-neutral language allows people who don’t wish to conform to the gender binary to talk about themselves in a way that fits with their identity. It helps undo some of the othering that’s been done to femaleness in language by moving away from a marked/unmarked system that has always cast maleness as normal. It even makes writing about groups of people or unknown individuals easier. 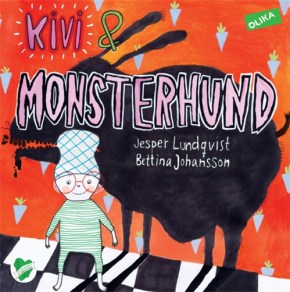 “For me it was liberating. When you write books for children you should always write about a girl or a boy, there’s that kind of stereotypes. I’ve always wanted to work towards it but then all the girls tough and brave instead. So this inspired me creatively, it’s been very enjoyable.”

That’s not to say that  Hen entered the picture without its share of critics. Some, like well-known author Jan Guillou, are furious. He calls hen proponents “feminist activists who want to destroy our language.” Others worry that children who are exposed to non-traditional ideas about gender and sexuality can be socially and psychologically damaged. Not all critics have been quite so irrational. Some emphasize that, while gender-equality is a desirable quality in a society, gender-neutrality doesn’t work for everyone. Many of us, whether we are cis, trans* or genderqueer, are very comfortable in our masculinity and femininity.

While linguistic relativists on both sides of the debate seem to view hen as a matter of consequence, in reality it might be more symbolic. Ylva Johansson, an equality spokesperson for the Social Democrats, “caution[s] against putting too great value in a word.” After all, she says, “political decisions are what are important. It’s worrying if we have a minister who believes that a word can change on women’s wages, employment conditions, glass roof and removal of the parental insurance.”

It’s worth pointing out that grammars that differentiate pronouns by gender are among a minority in the world’s languages. Farsi, Chinese, and many East Indian languages are all gender-neutral and yet it can hardly be argued that their speakers live in paradises of gender equality. China sits at 61st on the list while India comes in at 113th and Iran ranks 125th out of 135 countries.

Perhaps, instead of looking at language and culture as static, we should view them as the dynamic creatures they are. If Swedes are considering the inclusion of a new word, it must reflect a change in values in at least some segment of their society. And that’s something worth looking at! The fact that “ze” or “ey” have never made it far enough into the vernacular in the U.S. to spur debate tells us something about where we sit in relation to Sweden on that Global Gender Gap index.