Book-banning is kind of a hot topic at Autostraddle, as the regular coverage of Banned Books Week would attest. Part of that has to do with the fact that queer books are so often a topic of school library or curriculum removals, because so many parents are afraid of their kids encountering the fact that queer people exist and should be respected! In fact, a few months ago we reported on an actual specific place where that happened.

Last year, the picture book In Our Mothers’ House by Patricia Polacco, which depicts children being raised by a lesbian couple, was removed from library shelves by the Davis School District in Utah, north of Salt Lake City. It had been added to five of the district’s 50 elementary schools in an effort to be inclusive of the children of same-sex parents, but a petition by 25 parents urged the district to remove it.

Luckily, the district has recently been convinced to change their mind. After one parent objected to the restrictions, and the ACLU filed a lawsuit on her behalf in November, the school has recently decided to put the book back on the shelves. A committee set up to evaluate the book actually had positive things to say about it, particularly having to do with how it helps include rather than exclude different types of families and values. You can read Assistant Superintendent Pamela S. Park’s statement to that effect here at Buzzfeed, but here’s a summary of some of the most important parts:

I have considered the written summary and recommendations of the District Reconsideration Committee. I agree with and support the Committee’s conclusions regarding the book as follows:

• “Removing the book completely is not a good option.”

• “We all know many non-traditional families” with students attending our schools.

• “It could help those children in same sex families see their family in a book.”

• “The book could help prevent bullying of kids from same sex families.” 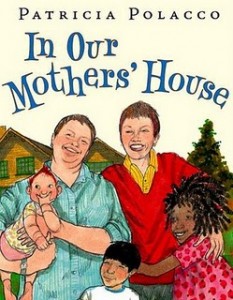 In short, the school has realized that the inclusion of families in the district with same-sex parents is more important than imposing one small group of parents’ idea of “morality” on everyone, and how the book can actually be used to open up a discussion about the issues (one reason that even banning books with truly problematic elements is still short-sighted, in my opinion).

Overall, it looks like there’s a happy ending for the queer and allied families of the Davis School District. There’s still a problem though: Utah has a state law about sex education that restricts instructional material that “advocates” homosexuality. Much of the ACLU’s case – and the district’s eventual conclusion – was that the book was allowed largely because it was just in the library rather than in the curriculum, and having it available for students to read but not assigning it meant it wasn’t “endorsed.” So teachers’ ability to assign books like In Our Mothers’ House is still restricted, even if for other reasons that their homosexual elements (I mean, think of all the strange books you had to read in high school English with content the teachers were probably not endorsing). But at least now students in Davis County, UT can have the option of choosing queer books in the library; hopefully the ACLU of Utah will be encouraged by this to fight against the discrimination in the state sex-ed law (and, perhaps, already is).

The bigger issue is, why was it allowed to be banned in the first place, when so few parents (in such a large school district) had signed the petition? That gets into some problems with book-banning across the country – namely that, despite preaching the importance of free speech in civics class, many schools make it very easy for parents to get books removed. It’s alarming that 25 parents could be enough to get a book removed from shelves in a district large enough for 50 elementary schools. In my 2011 Banned Books Week post, I described a similar parent-led effort in my elementary school that resulted in the Harry Potter books being removed from our library. It was a vocal but very tiny minority of parents who mostly all attended the same church, in a very religiously diverse school. In Davis County, there could be more parents in same-sex couples in the district than there were people signing the book-removal petition, just as how in my school there were clearly more parents who were approving or neutral toward Harry Potter than parents who were against it. Allowing a petition with only 25 names to be successful means just about any vocal minority, no matter how fringe their views are, could organize to get a book they didn’t like removed.

In that Banned Books Week post, I never mentioned the very different way that my high school – in a different school district – handled book banning. If you wanted a book banned, then along with getting a lot more than 24 other people to support you, you also had to fill out a form that was basically a book report meant to prove you’d actually read the book in question. A conservative student who tried to get some pro-gay and (seemingly) drug-themed manga (Japanese graphic novels) removed from our library didn’t stand a chance, because all she had to go on was being disturbed by the pictures of boys kissing and a marijuana leaf on the respective covers. The district here also showed the importance of taking this approach; when their committee actually bothered to read the book rather than just taking the petitioners’ word for it, they found out it was actually something they really wanted in their library. 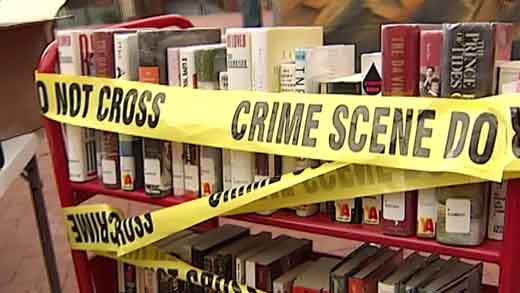 The real principle around why book banning is wrong, of course, is that even if you get a majority of parents, it still violates other parents’ rights to make up their own minds about what their kids should and should not be able to read. The district hopes to dissuade concerned parents by telling them they can still request that their own children not be able to check out certain books, while leaving other people’s children free to read them. Of course, some ideologues won’t be satisfied with this, and some will also be concerned that while their kids can’t check the book out, the school district can’t do anything about the kid reading it in the library.

To me, this gets at the issue of whether “parental rights” really should be the be-all and end-all, trumping the individual rights of children. While there are obviously some limits that should be placed on the rights of minors based on age and maturity – that’s why we don’t let them vote, serve in the military or make their own medical decisions – there are also parents who use that authority they have to stifle their children’s growth. In a world where the rights of LGBT people are increasingly important, and even relatively conservative areas of the country – like this one – are liable to have some out queer students and same-sex parents, don’t kids have a right to learn these things and make their own decisions about them, even at a young age? The ACLU certainly saw it this way, saying that banning a book based on having same-sex parents “places a discriminatory burden on the students’ ability to access fully-protected speech.” The attempt by the state of California to prohibit ex-gay therapy for minors speaks to the fact that at least some of the time, we must acknowledge that parents don’t necessarily know what’s best, even for their own kids.

And this is important, even in an elementary school. Even a pre-pubescent kid might want to know more about homosexuality and gay rights, if they’re interested in politics and hear about a “gay marriage ” debate on the news, for instance. Or if they have a friend with same-sex parents, they might be curious why Heather has two mommies or two daddies instead of a mommy and a daddy – just as they might want to know why Heather only had one parent, or why Heather’s mommy lived in a different house from her daddy. Indeed, a generation ago, books about single-parent households or divorce were as taboo a topic in elementary school libraries and curricula as same-sex households are today. Yet, with over half of all marriages ending in divorce these days – including a lot of those of the right-wing ideologues who rail against “non-traditional families” – we’ve recognized that the rights of those students to have their families represented, and for their friends to learn about them, are too essential to let propaganda get in the way. As LGBT people become more accepted around the country, there may come a time when people are forced to recognize the same truth about their families – and the Davis School District’s latest decision seems to be a reflection of that.