Magnolia Bakery is a fairly ubiquitous NYC spot. If you’ve ever seen an episode of Sex and the City or even so much as heard of Carrie Bradshaw, you may have been led to believe that you must try their cupcakes, but the truth is the cupcakes are only okay and if you’re going to eat one cupcake while you’re in New York I’d suggest Baked By Melissa instead. The thing Magnolia Bakery does really well is banana pudding. Real talk, I don’t even like bananas, and I’m not a huge pudding fan, and I’m still obsessed with their banana pudding.

I’ve been dying to make it for months and last weekend Lemon, my girlfriend and I had a joint birthday party, so it seemed like the perfect excuse to make a million desserts. I expected it to be tough to track down the recipe, seeing as Magnolia is like, A Big Deal, but it was actually ridiculously easy. Magnolia Bakery has a cookbook, and in it is the banana pudding recipe, and many people have taken it upon themselves to get that recipe up on the world wide web! So here we are. Let’s make the best banana pudding you’ve ever had in your entire life, courtesy of Magnolia Bakery and the good people of the Internet. 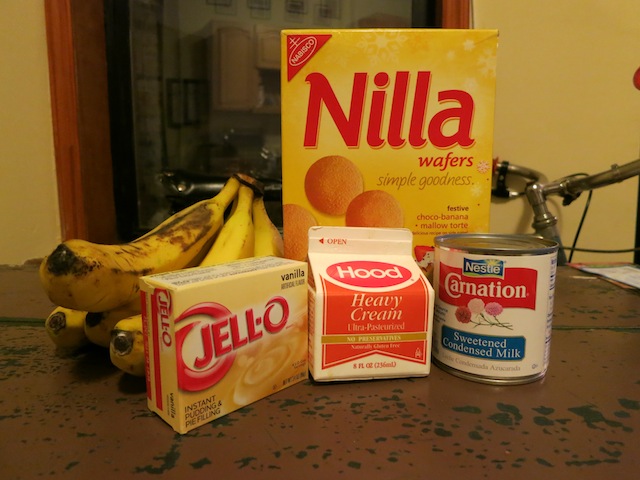 1. Combine the can of sweetened condensed milk and the water in a medium sized bowl and mix together very well. The recipe suggests an electric mixer, which I did use, but I think it could have been accomplished with a regular spoon and some muscle — with an electric mixer this took about 30 seconds. Also, try not to cut your finger on the can of sweetened condensed milk right as you embark on this adventure. Not that I did that, or anything. Ahem.

2. Add the pudding mix to the bowl and stir everything together, making sure there are no streaky yellow lines and that the whole mixture is more or less the same beige color.

3. Pop this bad boy in the refrigerator and leave it alone for 3-4 hours to set. Alternatively, you can put in the refrigerator for 10-15 minutes and then put it in the freezer for 10-15 minutes. It’s very important for the pudding to be completely set before you go on to the next steps, but both methods do the trick. An optional step here is to ask your girlfriend and your roommates over and over if they really think the pudding is set or if you should put it in the freezer for five more minutes. They’ll get annoyed with you but it’s fine. Just, whatever you do, don’t let the pudding become frozen. That’s not fine. 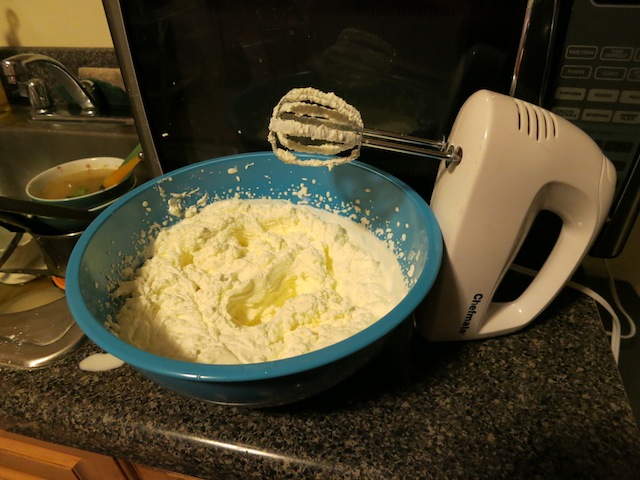 i think i actually overbeat the heavy cream a bit — it had gorgeous stiff peaks and then i kept beating and then it looked like this which is not beautiful — but the pudding turned out fine anyway so i’ve decided it’s forgiving, and i like that quality in a dessert

4. Once the pudding is set and good to go, grab a new bowl and put all 3 cups of heavy cream inside it. Use an electric mixer to beat the heavy cream until it forms stiff peaks. For this step I actually do 100% recommend an electric mixer. Ali has supposedly beaten eggs and things with nothing but her own two arms, but she does circus and as such is crazy strong in the upper body area, and I just don’t think my little biceps could’ve handled all the exertion. You don’t want to be sweating into your dessert. Just use an electric mixer.

5. Once the heavy cream is all nice and stiff-peak-y, take your bowl of completely-set-but-not-frozen pudding and slowly add it to the heavy cream situation. Then mix everything together very well. Avoid the temptation to eat the entire mixture out of the bowl immediately because we’re not done yet and it’s not banana pudding yet, just amazing light fluffy Jell-O instant pudding in formal attire. 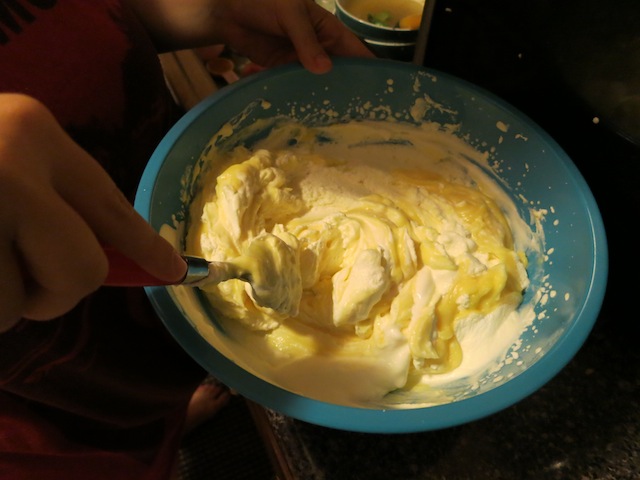 you want the mixture to eventually be white or beige, not yellow

6. Chop up the bananas into thin slices.

7. Get a nice large bowl and get ready to assemble everything. The original recipe suggests a glass bowl if possible, presumably because the sides of the dish can look very elegant when prepared properly, but I used an opaque ceramic bowl and honestly it was totally fine. You’re going to assemble this like a layered Napoleon. I’ve actually never made a Napoleon but I’ve watched enough episodes of Chopped to know it’s all about the layers. Put down a layer of Nilla wafers at the bottom of the bowl, then add a layer of banana slices, then top this off with a very generous layer of pudding mixture. Repeat this 3 times, or as many as possible. Some people mentioned that they needed more wafers than were provided in a single box, but I did not have any problems. 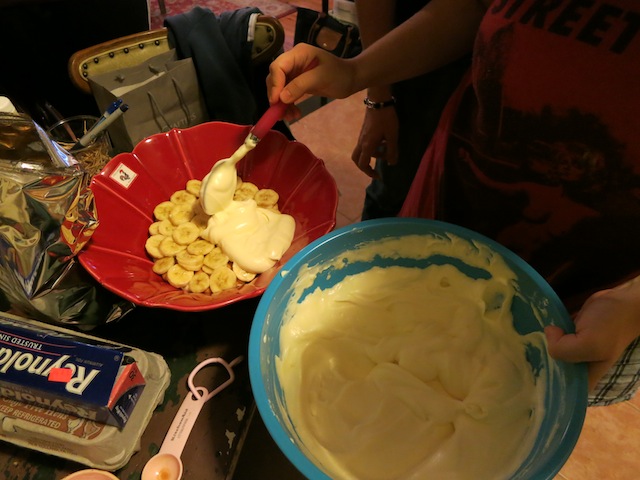 8. Garnish the fully-assembled pudding however you like. I crushed up Nilla wafers and sprinkled it over the top but I bet banana slices or whole Nilla wafers would also be delicious.

9. Cover the pudding tightly and leave it in the fridge for 4+ hours. This step is very very important as it gives the bananas time to seep flavor throughout the pudding and gives the wafers time to get mushy and cake-like which is the absolute best. I left my pudding overnight and the consistency and taste in the morning were perfect.

Not only is this pudding crazy easy to make, but it honest to god tastes exactly like the one you can buy at Magnolia Bakery. A few of our party guests didn’t even believe me it was homemade! But it was, and once I convinced them of that fact I became a baking goddess in their eyes. So go forth, hungry Straddlers, and impress your friends and loved ones. Or don’t tell anyone else about your pudding and eat the entire thing by yourself. Both are acceptable options. 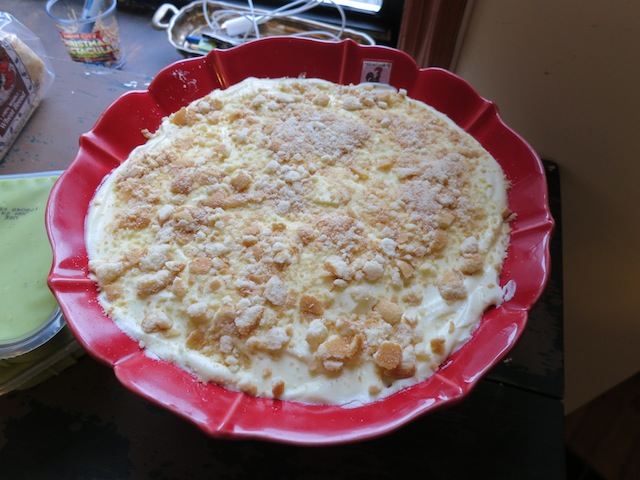