After having been lost to the world for a couple thousand years, two poems written by Sappho have unexpectedly turned up in London following an anonymous collector’s submission to Oxford. The reconstructed ancient poems now join a scant handful of surviving works by the famed bisexual author from the island of Lesbos, the most famous woman poet in antiquity. 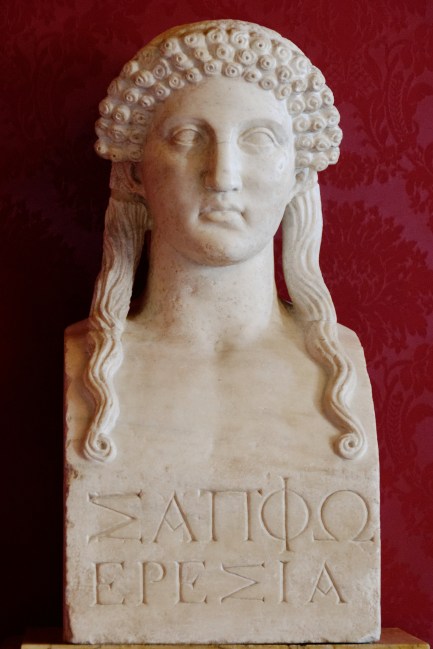 Bust inscribed “Sappho of Eressos,” Roman copy of a Greek original of the 5th century B.C.

As Cara has written previously, Sappho was a woman born in the 7th century B.C. During her day job she ran an academy to teach social graces to unmarried young women; on the side, she also found popular success as a poet. Unfortunately, as times and social mores changed, Sappho became the butt of salacious jokes about lesbians and prostitutes. Considered deviant, Sappho’s works were burned on the order of Archbishop Gregory Nazienzen of Constantinople in 380 A.D — and then again in 1073 on the order of Pope Gregory VII. Out of a believed nine volumes of work, we are left today with only four(ish) poems and a variety of fragments.

Yet from time to time, newly discovered pieces of Sappho’s work turn up in unexpected places. This time, an anonymous private collector in London showed a piece of papyrus fragment from a mummy wrapping to Dr. Dirk Obbink, a papyrologist at Oxford University. Recognizing the dialect (Lesbian Aeolic Greek, with distinctive long vowels), meter (Sapphic strophe, matching all of the poems in Sappho’s first book), and reference to family members (her brothers), Obbink describes the poems as “indubitably” belonging to Sappho. 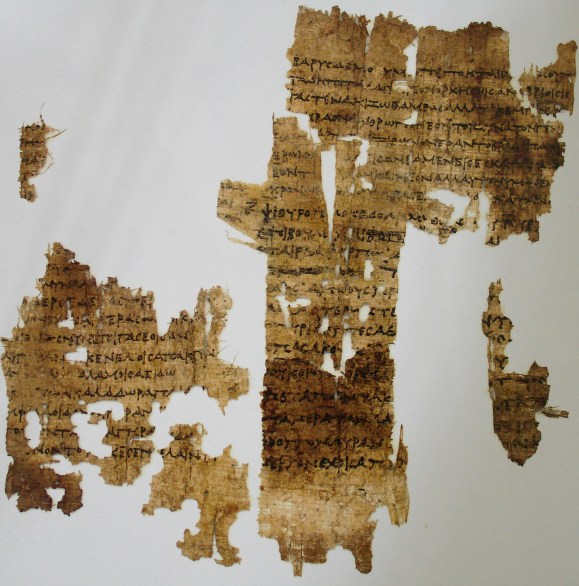 Similar papyrus manuscript containing fragments of three of Sapphos poems. This was found in mummy casing in the archives of the University of Cologne, about a decade ago.

How could anyone not gorge always
Cyprian goddess, whomever you should love
and fervidly wish to call back to you?
You have …
Having summoned me idly you cut
longing …

Or, as Obbink translates it:

How could one indeed not repeatedly feel
anguish
Queen Kypris, over whomever one really
wanted to make one’s own?

The Cyprian goddess (or “Queen Kypris”) is Aphrodite, goddess of love. Obviously there’s a lot of text missing, but the fragment appears to be a part of a love poem. (Possibly unrequited? Your guess is as good as anyone else’s, until more evidence is revealed.)

The second fragment is much more complete, and appears to be about two of Sappho’s three brothers, Charaxus, Larichos and Eriguios. Here is “The Brothers Poem,” translated text via Tim Whitmarsh, Oxford Professor of Ancient Literatures, for the Guardian:

[ the first stanza or two is missing from the text ]

But you always chatter that Charaxus is coming,
His ship laden with cargo. That much, I reckon, only Zeus
Knows, and all the gods; but you, you should not
Think these thoughts,

Just send me along, and command me
To offer many prayers to Queen Hera
That Charaxus should arrive here, with
His ship intact,

And find us safe. For the rest,
Let us turn it all over to higher powers;
For periods of calm quickly follow after
Great squalls.

They whose fortune the king of Olympus wishes
Now to turn from trouble
to [ … ] are blessed
and lucky beyond compare.

As for us, if Larichus should [ … ] his head
And at some point become a man,
Then from full many a despair
Would we be swiftly freed.

I’d probably be really anxious about my brother traveling by sea, too, if none of us had cell phones. According to Obbink, Sappho’s verse expressed the feeling so well that its proverbial wisdom was adapted in Horace’s “Soracte Ode.”

One question that has been raised about this discovery is that of the artifacts’ provenance, or origin. Without further information from the anonymous collector, many have speculated whether it was acquired via the black market. No clarification on the origins was given in the preliminary draft of Obbink’s paper, though it is clearly still under revision. The final paper with Obbink’s translation and interpretation is expected to be published in Zeitschrift für Papyrologie und Epigraphik (ZPE) 189 later this year.