There was a brief period of time in which I’d convinced myself I could have something other than disdain for lingerie sports leagues. I thought I was being open-minded and giving things a chance but ultimately I have no interest in either of those prospects when it comes to this particular issue. I love sports. Without them, I have no idea what kind of person I would be today. Possibly someone who knows way too much about wine. Those people are the worst.

Without my involvement in sports, maybe my family members wouldn’t view women’s athletics the same way they do now. Maybe they would flip past women’s soccer when channel surfing. Maybe they wouldn’t know who Candace Parker is. And maybe when I walked in on my brother watching Lingerie Football his first comment would have been about how hot some chick was rather than him voicing disappointment with the quarterback’s play compared to the last game.

I hadn’t thought about that moment until I read about the Lingerie Basketball League. My broski was watching for the sport. The lingerie was a non-factor. Or at least he was smart enough to purposely give me that impression. My problem is that within the LBL, I see basketball as the non-factor. It’s an unfortunate accoutrement to sweaty women running around giving new meaning to booby trap. 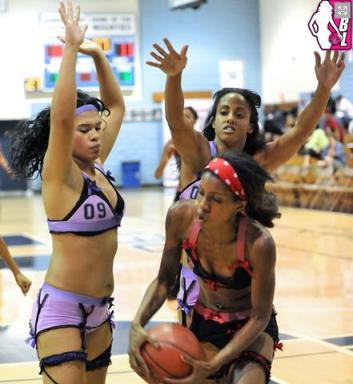 This is a booby trap

To me it undermines the integrity of sport and diminishes the seriousness in which people treat female athletes…which is none at all in some cases. Called “professional basketball with a twist,” the Lingerie Basketball League began play with a double header exhibition July 23rd. The twist being it’s not professional basketball. Can you just slap professional on anything now? My credentials are about to improve tenfold if that’s the case.

Currently the league has four teams, all from Los Angeles. With riveting games that finish at 38-26 and players so in touch with the sport they brag how they will be “floating through that air like Sky Jordan,” how could this league not flourish? The games follow women’s basketball rules for the most part. There is a Red Light Special rule which allows the player a 60 second opportunity to score a bonus point. I don’t know what that means but it sounds idiotic. Really, all of it does. 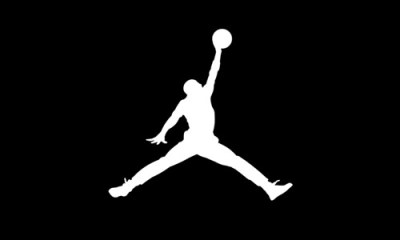 Often the notion/excuse/justification is that a lingerie league can convince male sports fans that would usually bypass women’s basketball a chance to experience its appeal. Assuming that these fans take a pass because they perceive women’s sports as less impressive and view players as not that good, why would a league comprised of less talented players than those that play professionally change their minds? Perhaps true athletic ability can only be seen while scantily clad. I have no desire to look into this possibility.

There’s something so bothersome about this phenomenon that I can’t enjoy the fact that there are women running around in lingerie. Grass stained soccer shorts or a ripped rugby jersey are infinitely hotter in my opinion. Whatever. Maybe I’m straight.

For all of you who aren’t straight, does the LBL catch your interest in the same way lingerie football does? Can you be mad about the sexual objectification that accompanies the league when women voluntarily sign up?