Last weekend, Turkish Justice Minister Bekir Bozdag announced that the government of Turkey plans to create separate prison facilities for incarcerated LGBT people, apparently in an attempt to protect them. Unlike other Muslim countries, Turkey permits same-sex relationships and even gender-confirming surgeries; however, traditional Islamic values heavily influence society and lead to the stigmatization of LGBT populations, demonstrated now through this attempt to isolate queer prisoners. As of now, imprisoned LGBT people are kept in solitary confinement but the Turkish government’s plans effectively will increase the social ostracism of incarcerated queer folks.

In a written response to a parliamentary question, Bozdag explained that “convicts who stated that they are gay will not mix with other convicts in the communal area or during social activities in the new prison facilities.” Turkish gay rights groups expressed their concern that this government-led project to create separate prison facilities for inmates who openly declare themselves queer will lead to increased discrimination for incarcerated LGBT-identified people. A spokesperson for the Ankara-based gay rights group Kaos GL, Murat Koylu, asserted, “This kind of segregation is nothing but a punishment. Instead of creating public areas where people from all sexual orientations can live together, the government has once again chosen to ostracise homosexuals.” 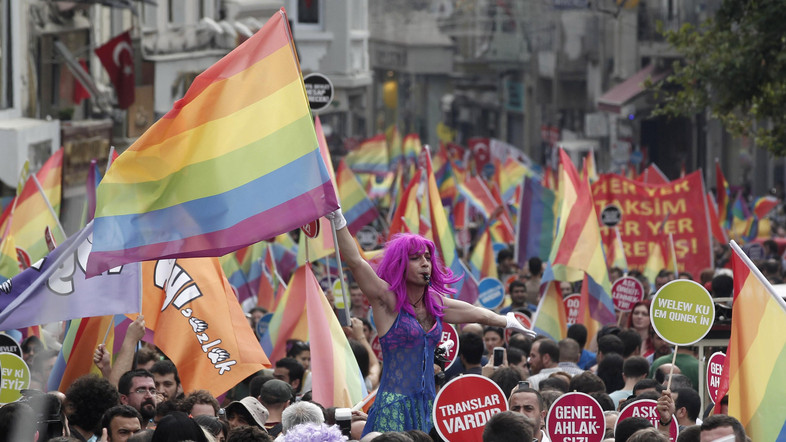 Bozdag claimed that the government’s project will serve to “protect convicts,” though activists like Koylu insist that the creation of separate prisons, designed on the basis of sexual orientation, not only will facilitate the profiling of LGBT prisoners and their families, but it will also fail to defend LGBT inmates who do not openly declare their sexuality. This facet of the prison project makes incarcerated LGBT people, whether they are out or not, and their families more vulnerable to violence. The ministry currently has documented 79 LGBT prisoners in Turkey, though the numbers may be higher because incarcerated individuals may hide their sexual orientation.

If we buy what the Turkish government is selling, the intentions of this plan appear to come from a good place. (But, let’s also keep in mind that Turkey still has many harmful policies and attitudes towards LGBT people, and in 2013 refused to make it a hate crime to discriminate against someone based on their sexual orientation. Even if Turkey is better in some respects than other Muslim nations, the government’s allyship isn’t looking too good.) Studies show that LGBT prisoners face the highest risk of sexual victimization. A report by the Bureau of Justice Statistics released in 2013, found that “among men and women who identify as not being straight, roughly one in eight prisoners (12.2 percent) and one in twelve jail inmates (8.5 percent) were sexually abused by another inmate; 5.4 percent of LGBT prisoners and 4.3 percent of LGBT jail inmates reported being victimized by staff.” Interestingly, Turkey’s plan to create separate prison facilities for LGBT people may not be too far removed from procedures currently in place in some U.S. prisons.

For the last couple years, Just Detention International (JDI) has worked with the California Department of Corrections and Rehabilitation (CDCR) to create “sensitive needs yards” that allow LGBT and other “vulnerable” inmates to serve their time away from the larger prison population. Quite a few CDCR prisons have established this model and report success, but who are the other “vulnerable” inmates placed into these sensitive needs yards? According to Lucy Nicholson, who documented for Reuters’ photographer’s blog her day at the California Institution for Men state prison in Chino, a guide explained that the sensitive needs exercise yard “was where they kept sex offenders, gang members who owed money, and other inmates who wouldn’t be safe living with other prisoners.” The California Institution for Men, a CDCR facility, currently houses 760 inmates in their sensitive needs yard.

Further indicating that these sensitive needs yards may not be all they’re cracked up to be, an unnamed former inmate at Corcoran State Prison, another CDCR facility, detailed how the administration deals with sexual orientation. He clarified:

“They ask you if you’re gay. They also do a full physical, AIDS test, hepatitis test, etc. … If you’re gay, they classify you in the “SNY YARD.” SNY stands for Sensitive Needs Yard. SNY consists of prisoners who may be endangered in the company of the general population, and it often includes gays, gang dropouts and child molesters.” 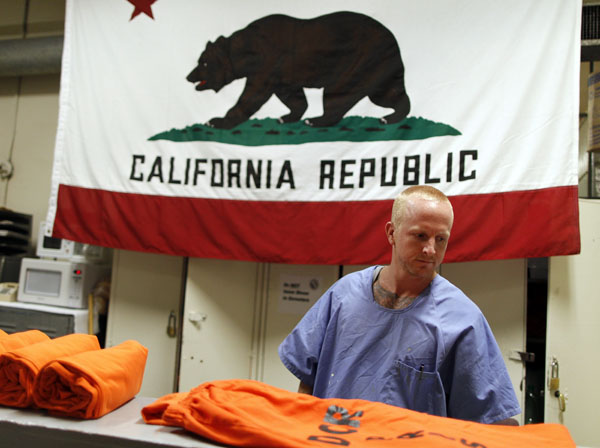 Again, perhaps placing LGBT inmates in sensitive needs yards is a well-intentioned plan, but how safe are LGBT inmates if there is no distinction between these “vulnerable” populations? While incarcerated sex offenders and LGBT prisoners may be vulnerable in the general prison population, I hardly think that incarcerated queer people are vulnerable in the same ways as sex offenders are. Not only does this form of separation conflate the circumstances that make certain prisoners vulnerable, but it also may put LGBT prisoners in an even more dangerous situation.

Some of the most blatant human rights violations take place in prisons, especially those in the United States. On their website, the Human Rights Watch explains:

Prisoners and detainees in many local, state and federal facilities, including those run by private contractors, confront conditions that are abusive, degrading and dangerous. Soaring prison populations due to harsh sentencing laws—which legislators have been reluctant to change—and immigrant detention policies coupled with tight budgets have left governments unwilling to make the investments in staff and resources necessary to ensure safe and humane conditions of confinement. 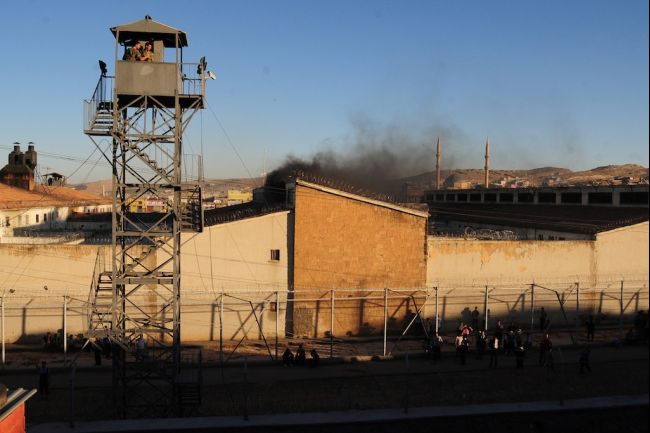 Turkish prison, in Sanliurfa city. In June of 2012, this prison saw two fires and a riot in one month’s time.
via Global Post

Many prisons, like the East Mississippi Correctional Facility, are dangerously understaffed, rat-infested or otherwise hygienically unsafe, and often deny prisoners access to mental and physical healthcare. Convicted individuals face horrible conditions in Turkish prisons as well with the Turkish Human Rights Foundation (IHD) reporting 724 cases of torture and ill treatment in the nation’s prisons in 2011. Projects that segregate LGBT people from larger prison populations may provide a temporary solution to the question of violence, but they fail to address the more significant problem: the conditions of prisons are generally unsafe for prisoners, and even separating LGBT prisoners from straight and/or cis inmates does not guarantee incarcerated queer people safety and protection. In the case of Turkey and the United States, these forms of segregation simply create other ways to foster violent situations for imprisoned LGBT individuals. I highly doubt that isolating LGBT prisoners lessens the danger for these incarcerated populations, especially in the United States where prisons exist as private companies that gain more money with every detainee. Prisons and the corporations that govern the facilities’ operations don’t care to protect human rights or create safe conditions for incarcerated individuals because the people behind bars cease to be human and instead become sources of capital. What LGBT prisoners need are not separate facilities; they, and prison populations at large, need structural change that still considers the welfare and humanity of incarcerated people.