A recent spike in violence against trans women in Malaysia has left activists and the trans community fearful but also determined in their calls for the Malaysian Government and society to be held accountable.

The most high-profile of recent cases was the murder of 26-year-old Sameera Krishnan in late February 2017, which Malaysian police dismissed as “not a hate crime”: instead, they linked it to her kidnapping two years ago, whose hearing she was about to be the main witness for a few days after the murder. “I think the sexual and gender-based violence in Sameera’s case is pretty blatant, and the elements of ‘over kill’ in the murder must be acknowledged,” says Thilaga Sulatireh, organiser for trans advocacy organisation Justice for Sisters, referring to the gunshot wound and mutilation found on her body. (Gun laws are very strict in Malaysia, but there is also a growing black market for firearms.) 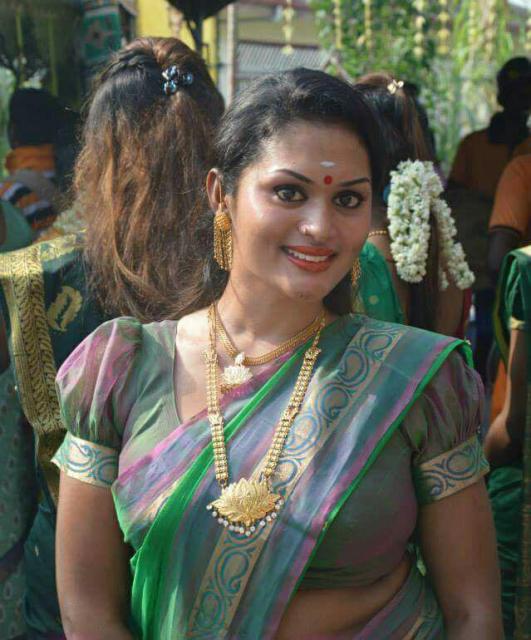 Internationally renowned trans rights activist Nisha Ayub stated that the cases that gain media attention are only the tip of the iceberg: there are plenty more that either go unreported. Speaking to Autostraddle, she related the case of a trans woman who privately sought help after being run over by a car by assailants to the point of no longer being able to walk and needing physiotherapy. “She was so afraid to publish this out,” Nisha notes. 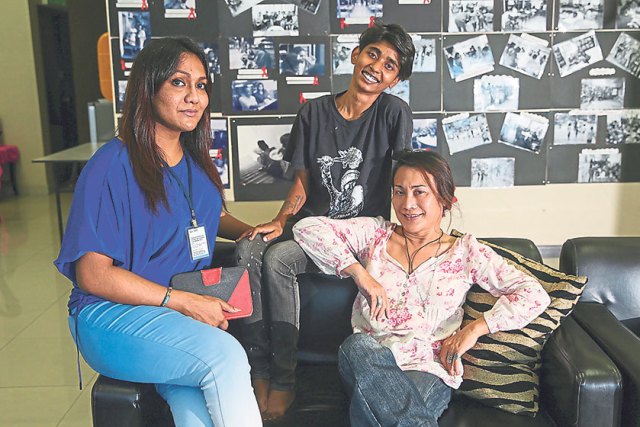 Nisha believes the rate of violence against trans women has been increasing, especially when taking unreported cases into account. Thilaga, however, hedges her bets: “Thing is, we don’t have data to show the trend or escalation or deescalation of hate crime and murders. There’s surely been an increase of consciousness regarding violence and issues faced by trans women, including some media.”

The media has been a mixed bag for trans representation in Malaysia. Trans women have been consistently misgendered in reports in mainstream media, a recent example being the murder of a banker in an apartment complex in Cheras where the victim was described as male. Trans people, as well as others in the wider LGBTQ umbrella, are also often depicted as predators or degenerates – such as the 2013 State-sponsored musical Asmara Songsang (Abnormal Desire), depicting innocent young people “seduced” by LGBTQ people who were later killed in a lightning storm (unless they repented). Drawing from the response from a Facebook group for Malaysian trans women (with around 3000-4000 members), Nisha says: “Most of them actually share the fear about how in Malaysia it’s not safe for trans people to walk around […] I don’t blame the community. Because even nowadays you can see a lot of politicians, a lot of media – mainstream media – tend to portray negatively towards trans people. And automatically it’s also encouraging hatred.”

However, there also has been a growth in support for trans people in both mainstream and social media in Malaysia, from increased awareness of trans issues to open declarations support and allyship from other communities in Malaysia. The I AM YOU: Be A Trans Ally campaign, launched in 2015 by Justice for Sisters has garnered over 2700 likes on Facebook as well as engagement from notable Malaysians such as socio-political activist and writer Marina Mahathir, who is also the daughter of former Malaysian Prime Minister Mahathir Mohammad. 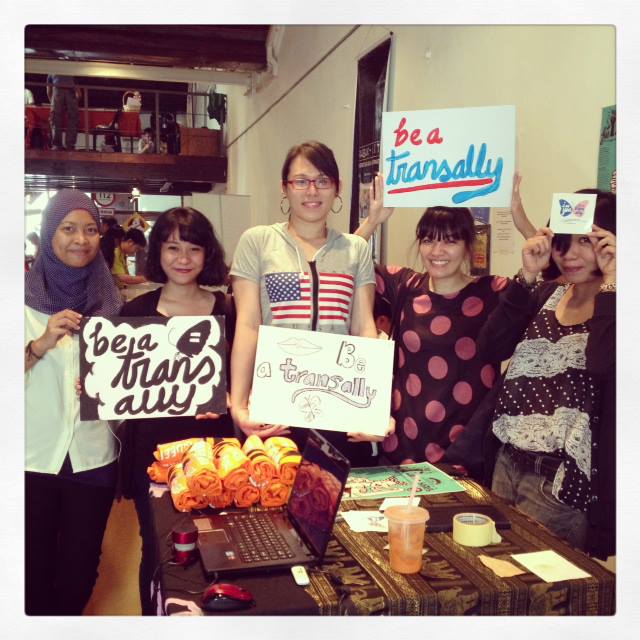 The increased media attention has also made a tangible difference in the policing of trans people in Malaysia by authorities. The watershed ruling by the Court of Appeal declaring laws against crossdressing unconstitutional, the first time the Syariah court was openly challenged, raised awareness amongst other Malaysians about the existence of such laws. “Once it’s been exposed more, talked about more in social media and everything, people know about this. They created more awareness, and the important part – they created more allies. After that we can see the reduction of arrests from the religious enforcers – not just in Negeri Sembilan but all around Malaysia,” explains Nisha.

Nisha and other members of the Malaysian LGBTQ community recently succeeded in convincing the Ministry of Health to change the wording on a recent creative video competition to refer to gender and sexuality rather than “gender confusion”. This is very significant given the Ministry and the Government’s general hostility toward issues primarily affecting LGBTQ people, such as HIV/AIDS prevention, often in connection with conservative Islamic forces (Islam is the official religion in Malaysia but there are both secular and Islamic bureaucratic systems, such as both civil law and Syariah law).

“When you talk about health issues, if you talk about prevention or HIV/AIDS, the Islamic [conservatives] do not condone condom distribution or anything, and then yet collaborate yet with the Health Ministry. It doesn’t align. When you combine health issues together with religion, I just feel like that’s gonna be some issues,” says Nisha. “Also, we in Malaysia are not all Muslim, right? We have other races too. Why are they concentrating only on one race, one religion? How about the other religions? It’s scary to see that Malaysia become this next Arabic country […] the most affected are the minorities.”

Nisha’s perspective on Islam’s influence on the ways minorities, including trans people, are treated in Malaysia is interesting to compare alongside the work of Western-based Muslim activists, many of whom actively emphasise how Islam, gender, and sexuality need not conflict. Nisha thinks these activists need to look at the way Islam gets interpreted and apply what they’ve learned towards helping Muslims in Muslim-majority countries such as Malaysia, Brunei, and Indonesia. “They need to be the voice up there – whenever anything happens to any countries talking about LGBT and faith.”

Others from outside Malaysia — both Muslim and non-Muslim — can also use their international position to support efforts in Malaysia. Malaysia, being seen as a ‘small developing country’, tends to lose out on international funding or media representation, and are already shut out of Malaysian governmental funding. Support organisations such as SEED Malaysia, headed by Nisha and other trans activists to prove drop-in services to trans people, sex workers, and people living with HIV/AIDS, rely on crowdfunding and donations from the public – for instance, they are currently fundraising for a shelter for elderly trans people.

People in other countries can also help raise the profile for issues affecting Malaysia by addressing their Governments. “Maybe you cannot intervene in the certain development of a country, but at least you can always ask questions,” says Nisha. “If anything happens in Malaysia, question [your] Government. What are you doing about this? Rather than just keeping quiet and only concentrating on national hot stories.”

Nisha has hope for the future, as bleak it may seem right now. “I see more allies coming upfront. And it is important to have non-LGBT people to also come to speak up about the issues that we face. Especially with the younger generation. Because I see more of the young generation are very open towards this diversity of gender and sexuality.”