Workers’ rights group “Make the Road” pressured American Eagle to change their gender-specific clothing policy and this week, they won:

After discovering American Eagle Outfitters had an anti-LGBT policy on “personal appearance” for their employees requiring folks to wear gender-specific clothing, Attorney General Andrew Cuomo and workers’ rights group Make the Road have pushed the store to include trans-friendly policies at the chain — and have won. Now not only will the 2,000 employees in the 61 stores across New York be allowed to wear whatever they damn well please, but will also be given trainings on transgender issues.

So now AEO’s New York employees can dress however they damn well please, which is awesome. That’s right, your boyfriend can even wear your boyfriend boxer shorts and everything.

The Family Research Council, which is basically a big group of assholes who dress fancy enough and have enough money to trick people into thinking they are speaking anything besides The Crazy, feel this policy violates the rights of AEO employees:

“ENDA, what might be more appropriately called ‘The Cross-Dresser Protection Act,’ takes the bedroom into the workplace and unfairly burdens employers to know about their employee’s sexual lives. This major expansion of federal power over the workplace places an unnecessary burden on small businesses and local communities.

When I worked at GapKids, I made $6/hour. I just want to throw that out there since we’re on the topic of violating people’s rights and stuff.

Anyhoo, Queers United reports that Bill O’Reilly has some really special feelings about this, which you can watch at Queerty:

In the short segment O’Reilly voiced his outrage over the fact that American Eagle caved and now allows “men to dress like women” and “women to dress like men” and to add insult to injury says that “men can now dress like Dolly Parton and be protected.” Ms. Wiehl the voice of reason spoke about how gender identity is a protected class in New York state and that the clothing retailer made the right choice.

O’Reilly decided to go even further and raise the ridiculous question over whether “people should be allowed to dress like ewoks?”. Wiehl attempted to respond to the insane assertion explaining how gender identity is different, but was cut off by the bullying and overpowering Mr. O’Reilly.

Ewoks, btw, barely wear any clothes at all! They just wear these tarps on their heads! We’re 95% sure you could make an Ewok hat out of Cargo Shorts, but anyone who’s worked in retail knows that all employees must dress on-brand and you can get sent home for wearing Gap Jeans to your job at Abercrombie, let alone an Ewok costume.

Look, homosexuals are not animals and transgenders are not imaginary space creatures, and we should just cut this shit out. I know we quote our one canine staffer (Tinkerbell) a bit too much, but she really did say it best on our roundtable about Prop 8 getting overturned:

What I do not enjoy is people saying a woman marrying a woman will lead to a woman marrying a dog. I do not want to marry a woman. I am very little and she would crush my bones. Humans have human laws and dogs have dog laws, human laws should be equal for all humans and they can be equal for all humans without involving dogs. What is wrong with you people.

Once again, remarkable that we live in a world like this one — if he’d said “African-American people” instead of “transpeople,” he might finally get fired. But yet slurs against transpeople remain, inconceivably, totally unpunished.  The HRC has a good overview of how transgender people specifically suffer from employment discrimination.

However, Dolly Parton is a lesbian and should probs come out. In other news.

How do we feel about the word “gay”? “At the risk of seeming pedantic or quibbling, one might pause to wonder what ever happened to the word that once seemed to march so firmly hand-in-hand with “gay.” Whither “lesbian”? (@bitch)

The recent controversy surrounding George Rekers’ escapades with the gay prostitute has legal experts questioning whether his testimony as an expert witness could be affected.

They say [the scandal] places obligations on those who have relied on Dr. Rekers to inform the court in at least one continuing case to modify or withdraw their arguments.

“Each lawyer must tell the court if he comes to know that one of his witnesses has given ‘false’ testimony,” said Stephen Gillers, an expert in legal ethics at New York University. That could come into play if the expert is discredited, he added.

Rekers has been involved in cases such as the one regarding gay adoption in Florida. (@nyt)

Michael Kinsley at The Atlantic wants to know — now that Elena Kagan’s sexuality has opened the door for speculation about Justices’ sex lives — what’s up with Antonin Scalia’s nine children? Can he represent the views of ordinary Americans when he practices such a minority lifestyle? After all, having nine children is far more unusual in this country than, say, being a lesbian. (@atlantic) 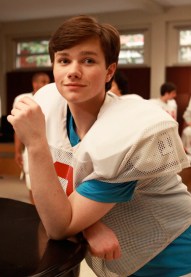 Glee has some parents on edge because it tackles issues like teen pregnancy and gayness. After hearing about all of the homophobia and bullying that happens in high schools today, we emphatically agree with the article when it points out: At a time when the ugliness of high-school bullying is in the news, with tragic stories of kids victimized because they’re different, this show preaches that it’s OK to be nerdy in high school. Or to love Broadway show tunes instead of football in high school. Or to be gay in high school. (@ap)

Dan Savage has advice on how to be a good beard, which is unfortunately still a skill that’s necessary in these times when kids can get kicked out of their house for being gay. (@nerve)

The Atlantic looks at people who think there is “reverse racism” in beauty pageants: The point is that the narrative of white supremacy holds victimhood sacred. It paints whites as the truly put-upon class and asserts that non-white success–black, brown, red, yellow and now “Muslim” — is mostly achieved through vile and despicable means. When reality challenges that view, white supremacy simply moves the goal-post. … And bigotry argues Vanessa Williams, who was stripped of the title, and yet became arguably the most successful and transcendent pageant winner in history, owes her fame to discrimination against more deserving white people.