Other issues with the Microsoft Kin aside (there are plenty), the latest ad for their new phone is very, very problematic. The Kin is Microsoft’s new teen/tween-targeted phone, a pebble-shaped social media hub wannabe with a lot of built-in apps and whatnot for the blossoming social butterfly. It’s just not clear what age these butterflies are supposed to be. By the look of the phone, with it’s Tamagotchi-like roundness and emphasis on connectivity, I’d guess maybe 7 years old? But considering Microsoft’s probably knowledge motor-skill development, maybe middle-schoolers would be a more likely demographic. Do those kids have phones nowadays? 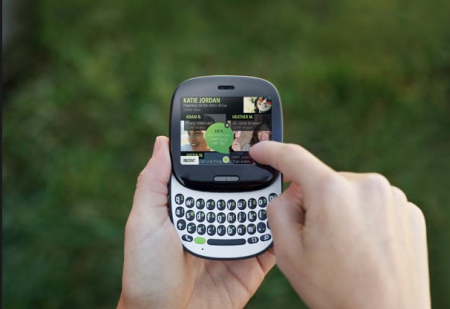 Kin’s official website looks like an Urban Outfitters catalog and streams passably pretentious indie songs, like Edward Sharpe and the Magnetic Zeros, who I now feel like a loser for liking. Maybe I’m underestimating the refined hipster tastes of 7th graders here, but then again, much like MTV’s Spring Break held me in its terrifying, Jäger-lubricated thrall throughout my tween years, perhaps the hipsters featured are supposed to be older so these kids have a working model of coolness as they climb up the proverbial hot-shit ladder throughout the years?

Either way, watch this video and tell me: what the fuck is happening here? We have an attractive young, sentient-seeming thing of an indeterminate age setting off on a spirit-quest of some kind to meet her virtual friends in person for the first time. Okay. I’m going to hope we’re supposed to assume she’s 18 so when she gets hypothetically sexually assaulted to all hell and her body winds up in a ditch, Kin intact, someone somewhere can claim she was of consenting age. Okay, that was really graphic, but yeah, so’s sexual assault. That’s the point.

What is the message here? That people who seem creepy online can be not creepy in person? What about people who seem perfectly nice online? Are we to assume these people might be even nicer in the flesh? I can only assume there’ll be flesh.

Cue a bunch of tweens watching this kidnapping anti-PSA and setting off around their towns to locate all the creepers they’ve been chatting it up with online. Creepers is a best-case scenario here. I’d say, worst-case, these impressionable youths fall prey to a sexual predator wearing a suit made of the young skin of Kin pre-orderers. And the unsettling reality falls somewhere in between?

And don’t get me started on this “Matty” creeper. That a creepery name if I ever heard one. And I did– it’s MATTY.

Microsoft already got in hot water with another Kin ad (which they pulled), as its depiction of a dude taking a picture of his nipple was deemed to encourage sexting. Huh. I like sexting, both in practice and for punch-lines, so I won’t weigh in on this particular issue. Also, it had less to do with imminent sexual crimes, so my feelings aren’t quite as strong.

Sufficiently sketched-out? Good. Now take your younger sister out, buy her a Blackberry Bold and sign her up for a Kiplinger’s subscription. Some lessons don’t come easy.

Yesterday was a big day for gamers, as Red Dead Redemption, Prince of Persia:The Forgotten Sands and Alan Wake all hit stores. Hell, want to keep your sister safe? Buy her all three of these suckers and lock her in the basement. I’m gonna make a great parent. 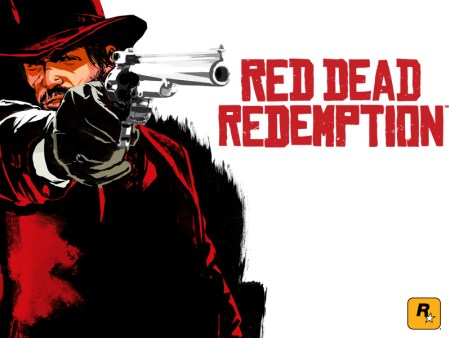 Red Dead‘s a sandbox-style Western by the makers of the Grand Theft Auto franchise that looks to be a critical darling. We’ll analyze the possible ironies inherent in including this game (which in all likelihood allows me to shoot a prostitute in the legs and hog-tie her to a traintrack) in a post criticizing this Kin ad later. I haven’t played it yet, and I’m usually pretty aware of ye olde ultraviolence in gaming, so we’ll get to that after I’ve checked it out and also had coffee.

Prince of Persia‘s the latest in a much-loved franchise (No, it didn’t begin with fake-Iranian Jake Gyllenhaal, so if you’re withdrawing from Assassin’s Creed-style platform-gaming, check this out. Prince of Persia basically invented the genre. Well, the intra-genre. We all know that Mario’s the patron saint of platforming.

That brings us to Alan Wake, a game I REALLY want to play once I convince a large enough group of people to join me in a really, really well-lit room to play it. Alan Wake‘s a psychological thriller set in a woodsy Pacific Northwest area where things start to get seriously creepy. All I know is that the darkness is your main enemy, and the darkness is already my main enemy because I’m kind of scared of it, so yeah. You bring the Xanax and I’ll bring the Xbox. Deal?

But yeah, check all of these out, circa immediately.