I learned the states at the public library with a wood puzzle that I did maybe 1064 times over the course of my childhood. I can now name all fifty states, fill them in on a map, or, if a map isn’t available, draw the map myself. I am perfectly ok with bragging about this. 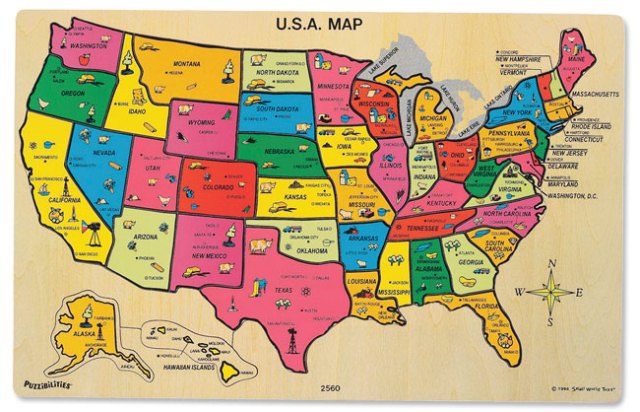 This is the puzzle via Orvis

Fifty states. It’s a good round number – easily divisible by ten, five and two, makes the number in the Senate round out to an even 100. Unless you were born before 1959 (shout out to my grandparent readers), you’ve always known the reliable fifty. I think it’s part of that whole American exceptionalism thing we have going on – there’s something normative and secure about the number fifty that contrasts against our northern neighbors that have 13 provinces and territories and our southern neighbors with 31. And also – where the fuck would that star go on the flag?

Well let me disrupt your fifty-state narrative. Here are the five states that might have been (and still could be): 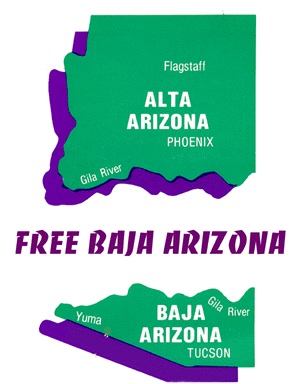 In an attempt to wiggle away from the influence of racist, homophobic draconian laws and the conservative establishment centered in Phoenix, Pima County – which is where Tucson is located, and is, in land-mass, bigger than New Jersey, Rhode Island, Delaware and Connecticut – has teamed up with other southern AZ counties tried to form the state of Baja Arizona. It hasn’t happened. Yet. 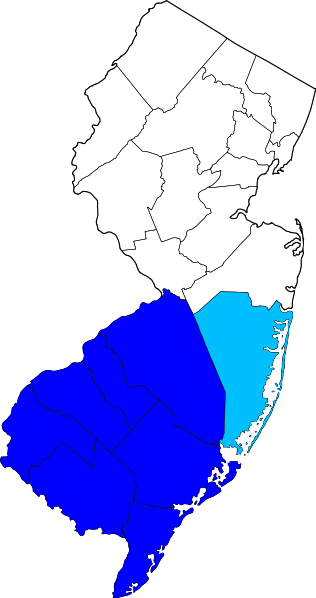 The light blue is Ocean County – they’re the county that didn’t pass the vote.

This was literally proposed as a joke in a newspaper in 1980, and then the idea took off, even reaching a non-binding referendum vote that was passed by six of the seven counties that would have been part of the new state. 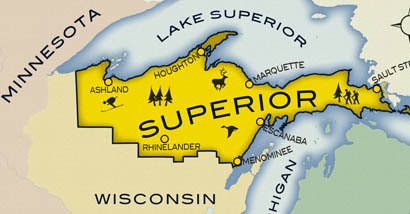 Initially I guessed that the proposed name for this hypothetical state that would make up the Upper Peninsula of Michgan and a bit of Northern Wisconsin came from the inferiority complex that the UP must have acquired from always being left out when people remember Michigan because it’s shaped like a mitten. But then it was pointed out to me – it borders Lake Superior. The people of the UP/Superior region sometimes call Lower Michiganders “trolls.” 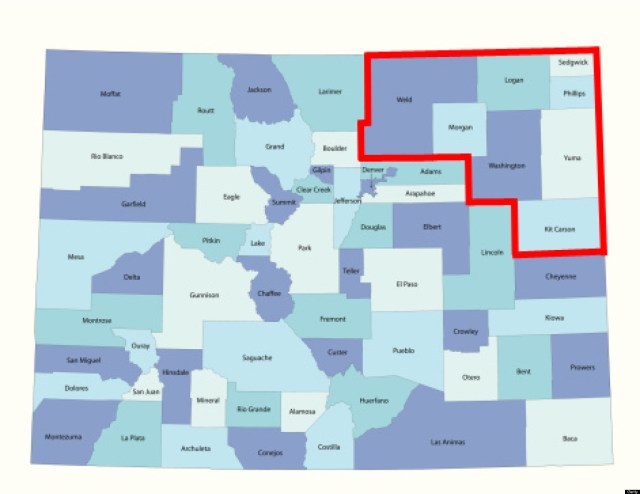 The alternate name for this state was “Tetris.” via Outside the Beltway

So yeah, Colorado decriminalized pot, and it also did some other cool things like passing more stringent gun control laws, and tighter restrictions for energy consumption and agricultural practices, and the rural parts of Colorado with less representation in the state legislature were like, HEY, NO, STOP. And then they tried to make their own state. 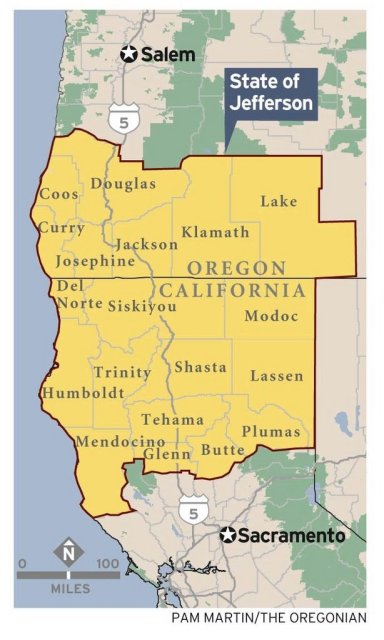 Not to be confused with the movement for Cascadian independence, the proposal for the State of Jefferson would include various counties in Southern Oregon and Northern California. The Jefferson region has been vaguely considered a thing since the 19th Century, and is largely defined by its libertarian politics, ecotourism, a legacy of gold-mining and public radio.