Hello. Have you seen this show, Police Women of Cincinnati? Apparently it’s a four-part installment of a larger reality TV franchise on TLC that follows police women on the job in various major cities, engaging in any number of dangerous, blood pressure-raising law enforcement activities. You’ve probably seen it. Maybe you caught Police Women of Memphis because you heard there was a hot, out, married lesbian by the name of Virginia Awkward and you were like, “she’s hot / MUCH RESPECT.” 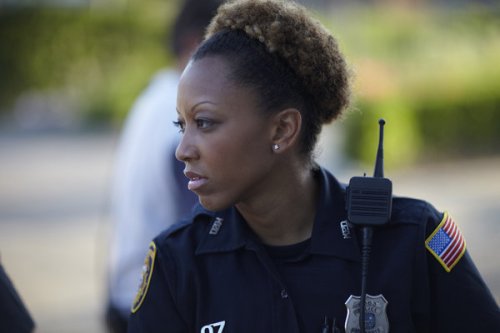 I don’t watch shows like this because I don’t like danger and I generally don’t enjoy being nervous or listening to people yell. Also, and I’m just going to go ahead and put this on the table, in the same vein as COPS and Border Wars, there’s such a giant racist pink elephant in almost every scene, and that makes it hard / impossible to take an interest in these projects. 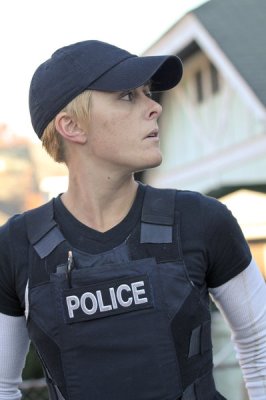 I’m telling you all of that in order to tell you this: I’m going to watch tonight’s episode so I can fall all over myself re: Officer Deegan. Colleen Deegan is an Iraq war veteran and is part of the Central Vice Control Section of the Cincinnati Police Dept., which I think is like, the vice squad. Like, THE vice squad. Like Miami Vice, but in Cincinnati. I’m positive that Officer Deegan is very intelligent and interesting and fundamentally good as a person, which is why I’m super interested in her arms / ass / overall deal.

There are only two episodes left of the Cincinnati run, so it’s not like I’m necessarily supporting this type of entertainment. Although, it’s worth pointing out that Police Women could practically be considered progressive, at least for a reality show, w/r/t its positive representation of single working mothers and lesbians in general, and its celebration of women demonstrating traits that are traditionally considered ‘masculine,’ like ‘being a badass’ and ‘doing dangerous, physical things really well.’

“These fearless female officers will encounter intense cop drama and action, all while balancing kids, significant others, and life at home.”

But anyway back to the hot cop.  I feel like tonight’s episode will involve a lot of Officer Deegan talking authoritatively and furrowing her brow and devising intricate plans. And sorta strutting / running. And she has handcuffs, you guys.

You can watch a video of Officer Deegan being really cute in an SUV and running after a drug dealer on TLC.com. Yeah I said cute.