For the past few months, people have been freaking out about a man named Chuck Hagel. Obama recently nominated him for the Secretary of Defense position. Why are people freaking out? Because in 1998, Hagel made some pretty stupid remarks about James Hormel, a Clinton-era Ambassador to Luxembourg. Hagel didn’t think Hormel was up to the job because he was “openly, aggressively gay.”

Chuck Hagel is a Vietnam Veteran and decorated war hero. He worked in politics until the early eighties, when he left government over a disagreement with Robert Nimmo about VA benefits. Yeah, that Robert Nimmo. He then made his money from co-founding a large cellular phone network before cell phones were really a thing. Then he became a Republican Senator from Nebraska from 1997-2009. 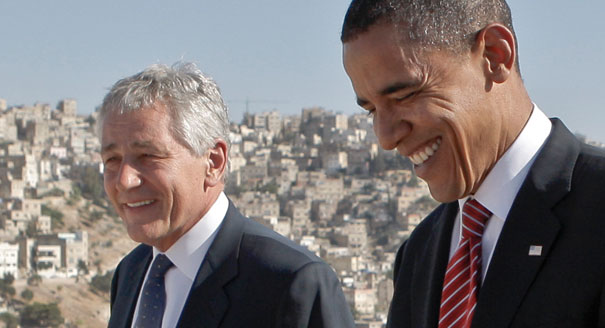 During his years as a Senator, he proved to be a pretty moderate Republican willing to vote against his own party, even becoming a loud voice in the Democrat-based Iraq War troop withdrawal in 2007. In the Senate, he began a friendship with another Senator who you might have heard of named Barack Obama, and they travelled to Iraq together in 2008 during a US congressional delegation trip. He also became good friends with Biden during their time on the Foreign Relations Committee.

Since he retired from the Senate in 2009, Hagel has been co-chairman of Obama’s Intelligence Advisory Board and a member of current Defense Secretary Panetta’s Defense Policy Board.

Obama nominated Hagel as Secretary of Defense on Monday, stating that

Chuck Hagel is the leader that our troops deserve. He is an American patriot. He enlisted in our Army, volunteered for Vietnam, and first as a private, then as a sergeant, he served with honor alongside his own brother.

If Capital Hill votes Hagel into the position, he will become the first Vietnam Veteran to hold the position and the first defense secretary who served as an enlisted servicemember. 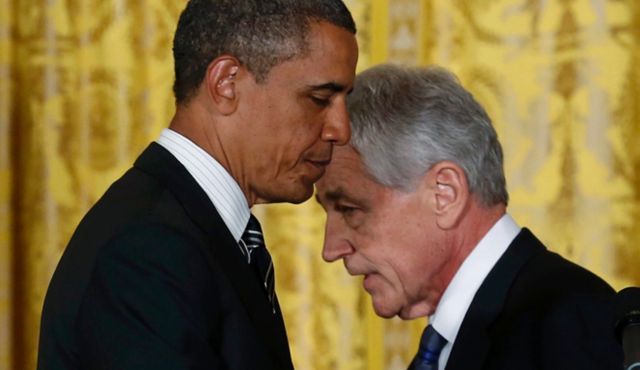 Not everyone in Capital Hill is really excited about Hagel’s nomination, though. Democrats are expected to side with Obama, but three Republicans (John Cornyn and Ted Cruz of Texas and Tom Coburn of Oklahoma) have made it known that they will vote against Hagel.

And why is that? Because Hagel has made it clear that the wars in Iraq and Afghanistan are not working out and that we don’t need to impose sanctions on Iran and the Middle East.

It sounds like Republicans want fight and a shiny new reason to oppose someone Obama has endorsed, much like they did with Susan Rice.

Hagel is also expected to make deep budget cuts for the US military and entire defense department.

This is a challenging time in the world, and there are going to be tough cuts that need to be made,” said Jen Psaki, Obama’s campaign spokeswoman. “One of the tasks of the next secretary of defense is to see that through, and clearly Mr. Hagel is somebody who has been through it. He’s been there on the front lines, he’s been there in prominent positions in Congress on the Foreign Relations Committee, and he has the reputation of having the balance needed for this job.

America’s defense budget is out of control. Budget cuts for defense could reduce massive budget cuts across the board and really help our economy, yet they rarely get discussed because some very conservative men in Washington D.C. would rather cut education than military spending. Hagel could offer a balanced and responsible approach for a lot of those cuts. 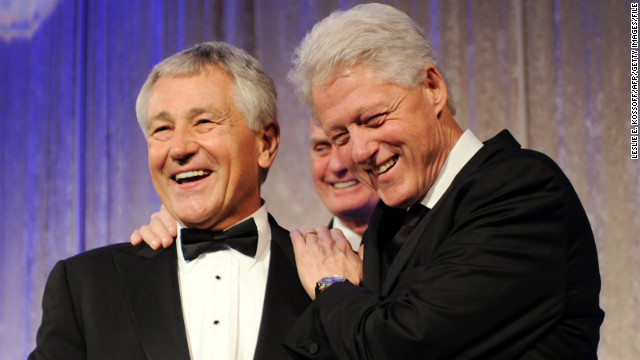 There is, of course, Hagel’s gay problem. He said of Hormel, “[Ambassadors] are representing our lifestyle, our values, our standards. And I think it is an inhibiting factor to be gay — openly aggressively gay like Mr. Hormel—to do an effective job.” This was in 1998, when Clinton was President; Clinton, who also signed “Don’t Ask, Don’t Tell” and the Defense of Marriage Act into law, and is still beloved by liberals today. I’m not excusing Hagel’s remarks. I’m just pointing out the political climate at the time was very different than what it is now. Look how far we’ve come in 14 years.

What Hagel said is inexcusable. Plenty of Americans are “aggressively gay” and still get their jobs done, so for Hagel to accuse a man of not being able to do his job because he’s gay is deeply offensive and wholly incorrect.

“My comments 14 years ago in 1998 were insensitive. They do not reflect my views or the totality of my public record, and I apologize to Ambassador Hormel and any LGBT Americans who may question my commitment to their civil rights. I am fully supportive of ‘open service’ and committed to LGBT military families.”

Hagel’s opinion of the gays matters because as Secretary of Defense, he’d be in charge of continuing the repeal of Don’t Ask, Don’t Tell. Anything to hinder progress for LGBTQ men and women serving in the military would be very detrimental to our community at this point. 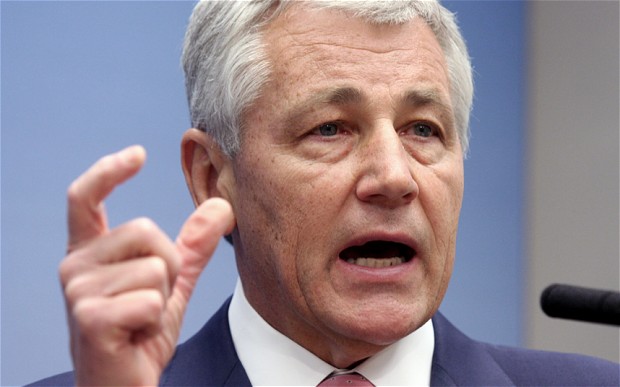 The Human Rights Campaign’s President Chad Griffin accepted Hagel’s apology, saying, “Senator Hagel’s apology and his statement of support for LGBT equality is appreciated and shows just how far as a country we have come when a conservative former Senator from Nebraska can have a change of heart on LGBT issues.”

Barney Frank even retracted his negative statements about Hagel, among which he called Hagel “aggressively bigoted” and said yesterday, “with the attack coming out of the right, I hope he gets confirmed.” Tammy Baldwin voiced her hesitancy on Hagel’s nomination, and said that she wants to speak with Hagel to see how his views have evolved over the past 14 years to see if his apology was sincere.

The Senate Armed Services Committee will hold a vote on approving Hagel for the role of Defense Secretary before the Senate gets a chance to hold any hearings. The Senate Armed Services Committee has a Democrat majority 14-12, so it’s likely he’ll get through. As of writing this, seven of the 12 Republicans said they’d vote against him and five of the 14 Democrats said they would vote for him.

There’s no denying that Hagel’s words were bigoted, and that as Secretary of Defense he would have purview over the repeal of DADT and queer as well as straight servicemembers. But while Hagel was working under Clinton when he said that, Hagel is now nominated by the president who “evolved” on the issue of gay marriage, tacitly begging the question of whether other men in power are capable of evolution as well. Hagel didn’t have an anti-gay record during his tenure as Senator in Nebraska, and he wants to leave Iraq and Afghanistan, and has called Guantánamo Bay part of the reason America is “losing the image war around the world.” It’s notable that he’s garnered so much Republican opposition despite his fairly traditional Republican record, and suggests that they’re much more worried about what Hagel might mean for the GOP’s reactionary war-hawk agenda than they are in agreement with his potentially conservative social politics. Hagel’s nomination isn’t up to the people; whether we weigh his anti-gay views thirteen years ago as more or less important than his ideas about American wars today, we still can’t vote for or against him. Our only option is to watch how his nomination plays out, and pay attention to both Hagel’s words and his actions.