Welcome to the fifty-fourth installment of  Queer Your Tech with Fun, Autostraddle’s nerdy tech column. Not everything we cover will be queer per se, but it will be about customizing this awesome technology you’ve got. Having it our way, expressing our appy selves just like we do with our identities. Here we can talk about anything from app recommendations to choosing a wireless printer to web sites you have to favorite to any other fun shit we can do with technology.

I was in a theatre in New Jersey when I saw something that made me do a double take.

Sitting on set was a child, waiting for his lighting-designer father to finish up. And that child was playing with action figures. I cannot remember what they were – I’m imagining dinosaurs, but they could have just as easily been pirates or knights or any number of things I would have enjoyed playing with when I was his age. I turned to a colleague and exclaimed, “Look! A child playing with actual, physical toys. Wow, we never really see that anymore, do we?” And I went on to lament the state of play today. Children are so wrapped up in things with screens that rarely do we see any passing time with imaginative games and toys and things that take up physical space. I couldn’t get over the fact that the child wasn’t playing with an iPhone or a Nintendo DS.

The Nintendo showed up Christmas morning. All my friends had a Super Nintendo, but my parents held out for so long (bless them) that my brother and I skipped right to the Nintendo 64. I don’t remember exactly what year it happened, but I was still young enough that Santa Claus was responsible for the console. “If it was up to me,” my mother reasoned when I questioned this, “you wouldn’t have gotten a video game system.” That seemed pretty logical. 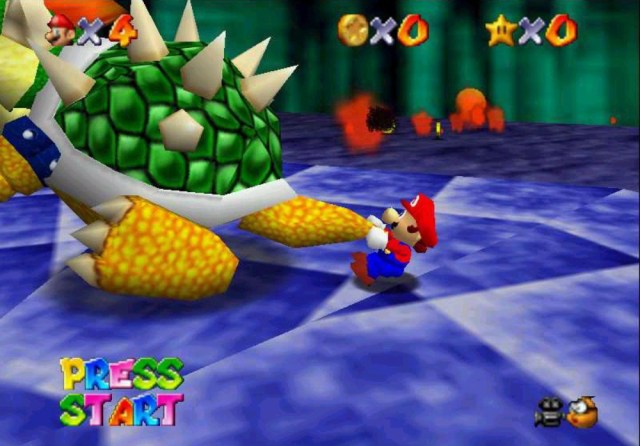 The Nintendo 64 came with three games: Super Mario 64, Star Fox and Cruisin’ USA. These three games forced my brother and I to face an awful truth: neither one of us was any good at playing video games. We were terrible. While all our friends had spent the past few years honing their a/b tapping, we’d been doing things like reading Goosebumps books we were too young for. The system got set up and we popped in Super Mario, only to discover that we had no idea what to do when we jumped into that painting. Remember the first level? We couldn’t even get ourselves up the mountain. In fact, it took us an embarrassing amount of time to figure out that there was a mountain at all. We kept running out of life before we even got to it. And that was with both of us taking turns on the controller. We didn’t understand levels and we had trouble translating these 3D graphics into a 2D space. We quickly decided that this game wasn’t any good, and we tried Star Fox. I think we must have gone a year, all told, without beating the first level of Star Fox. If we were having trouble with 3D, flying a spaceship made that even worse. Last we tried Cruisin’ USA. A racing game. I remember turning to my brother and saying, completely straight faced, “Dave. Maybe we shouldn’t get drivers’ licenses when we’re adults.”

As kids are wont to do, though, we learned. We figured out how to navigate these fictional worlds, we finally did grab Bowser by the tail and throw him, and eventually we got to the end of the first level of Star Fox, though it was another embarrassing amount of time later that we figured out how to accomplish the mission instead of just complete it (don’t lose Falco when he gets ambushed!). I never got better at Cruisin’ USA, but my brother did. And along the way, we learned a few other things – things that are a little more complicated than finding the second painting you’re supposed to jump into. 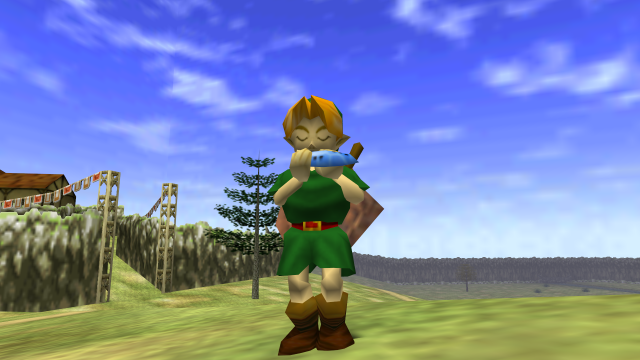 Our Nintendo taught us that just about everything is more fun in a community. We had two friends who we played video games with – Danielle and Bryan. Sure, it was all well and good to play video games by yourself. But admiring the way someone else did something, or fielding a compliment on your own gaming prowess, well. That was ten times more gratifying. Strategizing, theorizing, coming up with ways this game or that game could be better, how you would do it if you were in charge – all of that discourse was just as much fun as the game itself. And different community members are good at different things, and you should always play to your strengths – if a level on Super Mario eluded one of us, Bryan would take care of it. Unless it involved flying, then Danielle would. And as for me, I was always always in charge of the Spirit Temple in the Legend of Zelda: Ocarina of Time. I also learned to congratulate someone when they did something I wasn’t able to. I learned to ask for help and feedback.

We learned that a good story is king. I had not experienced a more perfect game than Ocarina of Time before or since, and I maintain that it is so flawless not just because of gameplay, but because the story is excellent when you’re in elementary school. And though I didn’t have the vocabulary to express it, I loved that the story couldn’t be told as perfectly any other way. I wouldn’t have enjoyed it as much as a movie, book or television show – this rule had one exception. The story was just as much fun when we acted it out while playing pretend. We turned our swing set into a Forest Temple and Danielle’s swimming pool into a Water Temple. Pool noodles became Master Swords.

I learned that sometimes girls are good at things that boys “should be good at.” And when I beat Yoshi’s Story before Bryan did and he fumed that it was a girly game anyway, I learned to tune out haters.

And I learned to shut things off if I got frustrated and couldn’t focus anymore. I, as a human being, must change gears. I learned my limits for focusing on any one thing, even a fun thing. And I learned to stop doing things that were supposed to be fun when they weren’t anymore.

One might argue, as I have myself argued, that my generation was far less steeped in gaming than generations following mine. And that’s true – games are more accessible now than in the past, and sometimes I wonder if kids still play pretend. I haven’t yet walked into a group of children declaring the park playground the Kokiri Forest, for instance. It doesn’t mean it doesn’t happen, but I certainly see it less and less until a child playing with action figures is earth shattering. But I have to wonder why that’s so important to me, to see kids play pretend – it fosters imagination, it teaches community building and, most importantly, it takes a child from consumption to creation. Consuming culture is one thing, and it’s a fine thing, but creating culture and sending it back out? That’s such a valuable skill. 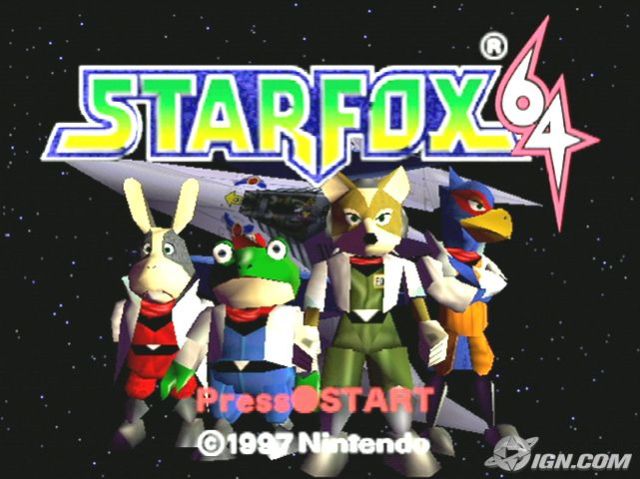 So I have to relax. Kids are doing that, even in this digital age. Kids are designing their own gosh darn toys. They’re learning to use CAD! They’re learning to code the games they play, and some of them even show up at conferences made for adults with their own bright ideas for solving problems. And yes, I’m sure some of them grab a vacuum cleaner and pretend to be Luigi vacuuming up ghosts every so often, except perhaps insert a reference that is more current into that sentiment. But the point remains: I not just survived my Nintendo childhood. I thrived in it. And most likely kids these days will, too.