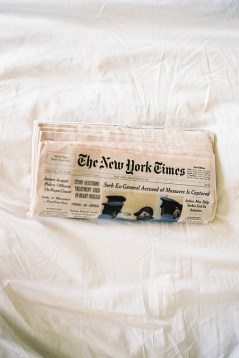 HELLO and welcome to the 95th installment of Things I Read That I Love, wherein I share with you some of the longer-form journalism/essays I’ve read recently so that you can read them too and we can all know more about Space Jam! This “column” is less feminist/queer focused than the rest of the site because when something is feminist/queer focused, I put it on the rest of the site. Here is where the other things are.

Space Jam’s Character-Ruining Tackiness (September 2013), by Nathan Rabin for Dissolve – “To Warner Bros., the teaming of Bugs Bunny and Michael Jordan smelled like money. To people like me, who grew up revering these entities in their original context, it smelled like advertising. Warner Bros. and Jordan’s team (that would be his lawyer and agent and manager, not The Bulls) saw the film as an extension of Jordan’s work in advertising, and oh boy, does the film feel that way.”

Out of Season: How a Relationship Brought Me Halfway Around The World For Love, by Ruth Curry for Buzzfeed – You guys it’s Ruth Curry! She’s Emily Gould’s BFF, co-founder of Emily Books and one of my favorite internet humans, and this essay is beautiful and even though I am confused as to why nobody asked me to be in the anthology it comes from, I’m still able to enjoy pieces of it like this essay which got me through a 45-minute wait in a paper gown at a doctors office!

The History and Psychology of Clowns Being Scary (August 2013), by Linda Rodriguez McRobbie for Smithsonian Magazine – A really thorough and interesting history of clowns and why some children find them delightful and many humans find them terrifying and horror movies about clowns and clowns in circuses and clowns clowns clowns!

Friends Without Benefits (Septmeber 2013), by Nancy Jo Sales for Vanity Fair – WELL THIS ONE’S A DOOZY. I don’t know where to start with it, I’m not sure I have the brainpower, but maybe you do! “This year, 81 percent of Internet-using teenagers in America reported that they are active on social-networking sites, more than ever before. Facebook, Twitter, Instagram, and new dating apps like Tinder, Grindr, and Blendr have increasingly become key players in social interactions, both online and IRL (in real life). Combined with unprecedented easy access to the unreal world of Internet porn, the result is a situation that has drastically affected gender roles for young people. Speaking to a variety of teenaged boys and girls across the country, Nancy Jo Sales uncovers a world where boys are taught they have the right to expect everything from social submission to outright sex from their female peers. What is this doing to America’s young women?”

Fond Farewells (October 2013), by Jessica Mitford for Lapham’s Quarterly – On the lady who shocked the nation in 1963 with her best-selling expose on the ruthlessly mercenary and aggressively overpriced funeral culture in her book The American Way of Death. Really interesting especially if Six Feet Under is your favorite show, like me.

Letter from Kenya: Surviving Westgate (September 2013), by James Verni for The New Yorker – Westgate through they eyes of three people who survived.