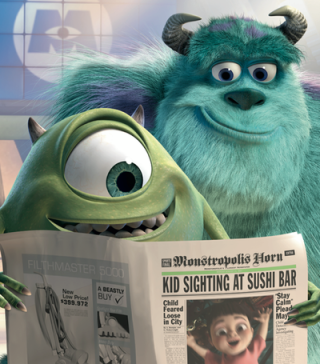 HELLO and welcome to the 83rd installment of Things I Read That I Love, wherein I share with you some of the longer-form journalism/essays I’ve read recently so that you can read them too and we can all know more about Chloë Sevigny! This “column” is less feminist/queer focused than the rest of the site because when something is feminist/queer focused, I put it on the rest of the site. Here is where the other things are.

Chloë’s Scene (November 1994), by Jay McInerny for The New Yorker – What’s so great about this article is how it really transports you to the 90’s in a major way. This is about Chloë Sevigny before Kids had even premiered and she was just this street fashion icon and club-goer and it girl.

Gaby Hoffman: The Chelsea Hotel Had Its Own Eloise (July 2013), by Taffy Brodesser-Akner for The New York Times – I loved this girl so much growing up, and all of her movies. She was my heroine and I wanted to be just like her.

In Sickness and In Health (June 2013), by Liz Prato for The Rumpus – “When I collapsed after my whole family died, I did feel like a failure. I could not pull myself up by the bootstraps. I could not just put one foot in front of the other. I could not summon some inner strength to go on. I just wanted it—the pain—to be over. I am only alive because my husband kept me tethered to this earth, because when I pleaded with him, “Please let me die. You’re the only reason I don’t do it, so please let me go,” he would not.”

Bill Cosby Schools Us About Those Crazy Sweaters, by Hunter Oatman-Stanford for Collecters Weekly – This is an intriguing and magical history of Cosby sweaters.

In The Crosshairs (June 2013), by Nicholas Schmidle for The New Yorker – Long and intense story of decorated sniper Chris Kyle and troubled veteran Eddie Routh and PTSD and post-combat health care and tragedy and drinking and doctors and Iraq and death.

Inside “The Chive” (July 2013), by Jordan Larson for The Awl – I was obvs super-fascinated by this –> “the Chive is largely white, middle-class, heterosexual, pro-America and male. Chivers and Chivettes compose one of the most normative groups in America, and yet constantly describe feeling like outsiders, misfits, and people who “just don’t care,” as one Chiver told me. It’s an expression reminiscent of Fight Club, the desire for an all-inclusive largely male group that rejects the values of larger society—in this case, maybe, maturity and political correctness.

Toppling a Delicate World (June 2013), by Mansi Choski for Vice – This is about gay and lesbian people in India who enter into opposite-sex marriages with other gays and lesbians to please their families, but it’s also about how — SURPRISE!! — all the homophobic aspects of that culture were started by the British colonist douchebags!!

Some Dreamers of the Golden Dream (April 1966), by Joan Didion for The Saturday Evening Post – UGH I LOVE JOAN DIDION. I mean this is a crime story, basically, but she makes it into something so much bigger and more beautiful, about California and San Bernardino County (where A-Camp happens!). Like – “It was in the breakup that the affair ceased to be in the conventional mode and began to resemble instead the novels of James M. Cain, the movies of the late 30s, all the dreams in which violence and threats and blackmail are made to seem commonplaces of middle-class life.”

Los Infiltradores (June 2013), by Michael May for The American Prospect – “How three young undocumented activists risked everything to expose the injustices of immigrant detention—and invented a new form of protest.”