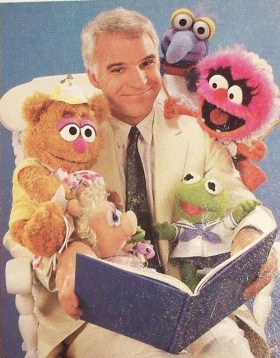 HELLO and welcome to the 82nd installment of Things I Read That I Love, wherein I share with you some of the longer-form journalism/essays I’ve read recently so that you can read them too and we can all know more about food fluffers! This “column” is less feminist/queer focused than the rest of the site because when something is feminist/queer focused, I put it on the rest of the site. Here is where the other things are.

I’ve been out of town for most of the week so I feel like I’m not as well-read as per ushe, but I still REALLY LOVED THESE THINGS AND YOU WILL TOO.

You Are The Second Person (June 2013), by Kiese Laymon for Guernica – Ali sent this one to me, and it’s just so good. It’s just so good. READ THIS ONE. – You wondered out loud what writing “multiculturally” actually meant and what kind of black man would write the word “bro” in an email.

Word Counts and Body Counts: On Video Games And the Writing Life (June 2013), by Thomas Beckworth for The Millions – On the social weight that comes with being a video game player who plays video games a lot, and if maybe video games helped him become a better writer. (I’ve never played anything besides Mario Kart, so IDK)

The Upside of Trauma (June 2013), by Mark Obbie for PS Mag -I really appreciated this piece.“Stories about post-traumatic stress have become a stock part of the media narrative surrounding tragedies like Boston and Newtown. And resilience is supposedly the best we can hope for in the face of adversity. But what if there’s a third option? The story of one mass shooting, and the surprising tug of post-traumatic growth.”

Lisa Exits “The Room” (June 2013), by EJ Dickson for The Awl – You guys for real this movie is amazingly bad, if the included clips are any indication. I’d never heard of it, I found this delightful though. G-d bless The Awl, those crafty boys.

Do I Dare To Eat a Peach? (July 2011), by John Spong for The Texas Monthly – As somebody with a lot of weird food neurosis, usually related to things that’ve made me sick, I found this FASCINATING. – “There are major categories of things that affect how much pleasure we take from food. One is sensory, and that’s where the supertasters fit in. We don’t all taste things the same way. That’s hardwired. The other is experience, the pathologies you have encountered. That is all learned.”

Confessions of a Stay-at-Home Mom (July 2013), by Ashley Nelson for The Nation – Nelson leaned out when Sheryl Sandberg would’ve preferred she lean in. And now, like so many other mothers in America, she’d really like to lean in hard at this point, but there’s so much discrimination against hiring mothers and paying them well that it’s really hard and also not her fault. SO.

The Flipside of Food: Food Fluffers (November 2012), by Aaron Labaree for narrative.ly – About the people who make it look like the camera loves that food so much, and how their trade has evolved over time based on new trends in how people want food to look.

Captive Audience: The Music Business in America’s Prisons (May 2013), by David Peisner for Spin – I feel like in one sense it’s kinda fucked up to charge the same amount for a song to people who make 30 cents an hour as it is to people who make $30 an hour, but ANYHOW it was a really interesting article about what mp3 players have done for prisons and prisoners and it’s pretty cool. It’s not often you read anything about prison that doesn’t make you boil over with angry rage towards this country.