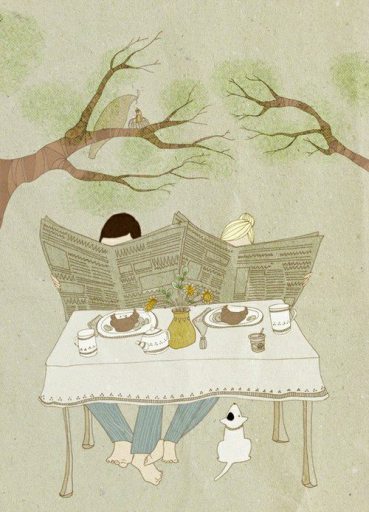 HELLO and welcome to the 65th installment of Things I Read That I Love, wherein I share with you some of the longer-form journalism/essays I’ve read recently so that you can read them too and we can all know more about child beauty pageants! This “column” is less feminist/queer focused than the rest of the site because when something is feminist/queer focused, I put it on the rest of the site. Here is where the other things are.

The Princess And The Trolls: The Heartrending Legend of Adalia Rose, the Most Reviled Six-Year-Old Girl On The Internet (February 2013), by Camille Dodero for Gawker – “Adalia knows that her difference has a diagnosis, progeria, a condition affecting approximately one child in four million. What she doesn’t know is how progeria ends: The average lifespan is 13 years. At six, there’s a distinct possibility she’s almost halfway through her short life. Natalia and Ryan refuse to talk about that. They focus on the present, not the future. Adalia also doesn’t know that her life has become an international phenomenon, a study in the best and worst of contemporary human nature, as refracted online. Her situation presents odd, ongoing lessons in ethical egoism, ethical altruism, enlightened self-interest, fame lust, sadism, compassion, and charity, one chasing another in an overheated, accelerated timeline.”

Making it in America (January 2012), by Adam Davidson for The Atlantic – This was actually quite educational. – “In the past decade, the flow of goods emerging from U.S. factories has risen by about a third. Factory employment has fallen by roughly the same fraction. The story of Standard Motor Products, a 92-year-old, family-run manufacturer based in Queens, sheds light on both phenomena. It’s a story of hustle, ingenuity, competitive success, and promise for America’s economy. It also illuminates why the jobs crisis will be so difficult to solve.”

Bitter Pill: Why Medical Bills Are Killing Us (February 2013), by Adam Brill for TIME – This is really interesting and important to read. It also helped me understand even better why my experience on Medicaid-esque government-funded health care for low-income people (which was my insurance situation in NYC for five years, now I’m just uninsured) was so radically different from experiences people have while paying out-of-pocket or using private insurance. I mean, I already know like 567 reasons why, but I didn’t know that Hospitals can’t charge Medicaid patients what they charge uninsured out-of-pocket patients or even privately insured patients! When people complain that there’s an “epidemic” of certain meds being overprescribed or medical tests being over-performed,  I’m like “uh, what?” Everywhere I went, the doctor’s #1 priority was to spend as little money as possible on me and not prescribe me anything at all or test me for anything, ever! I guess it all depends on who’s paying the bill. Anyhow though the point of this piece is how uninsured people paying out of pocket are getting FUCKED by 400% markups on everything from blood tests to ibuprofen to cancer drugs, which I also know from personal experience, but didn’t know the specifics as laid out in this piece. Anyhow you should read this.

Prison And The Poverty Trap (February 2013), by John Tierny for The New York Times – “The shift to tougher penal policies three decades ago was originally credited with helping people in poor neighborhoods by reducing crime. But now that America’s incarceration rate has risen to be the world’s highest, many social scientists find the social benefits to be far outweighed by the costs to those communities.”

Girls In The Hood (March 1995), by Tahir Shah for Elle UK – WELL, THIS IS FUCKED. Jesus Christ.  – “The Ku Klux Klan is approaching the millennium with a brand new strategy. It has re‑aligned its dogma and refined its message, become environmentally‑friendly and media aware. But perhaps most significantly, the Klan is now deliberately recruiting women to its highest echelons. Gone are the calls to arms. This is 1995 and the Klan is promoting a softer, more matriarchal image.”

That Face! The Uncanny Art of Studio Photography’s Heyday (October 2012), by Jacob Mikanowski for The Awl – ” Along with mug shots, crime scene photographs, aerial surveys and family snapshots, it belonged to the teeming undergrowth of photography, the network of practices and forms that sometimes predate and often anticipate its emergence as a recognized art form. In the hands of its greatest practitioners, it’s without question an art in its own right. But great portraits can also be the result of bureaucratic procedure, automatic gesture, or blind luck.”

Sunk: The Incredible Truth About A Ship That Never Should Have Sailed (February 2013), by Kathryn Miles for Outside – “When the Bounty went down during Hurricane Sandy, millions watched on TV as the Coast Guard rescued 14 survivors—but couldn’t save the captain and one of his crew. A huge question lingered in the aftermath: what was this vessel—a leaking replica built in 1960 for the film Mutiny on the Bounty—doing in the eye of the storm?”

Mad Max (February 2013), by Chris Roberts for San Francisco Magazine – “He was smart enough to (allegedly) steal a celebrity chef’s Lamborghini from a San Francisco dealership. He was dumb enough to (allegedly) stage a drive-by shooting in broad daylight in Mill Valley. Who is Max Wade? And how the hell did a kid like him get into all this trouble?”

Pretty Babies (June 1997), by Julia Reed for Vogue – Inspired by the recent JonBenet Ramsey murder, a piece about the world of child beauty pageants and the parents of the infants who compete in them.