On Wednesday, Marco McMillian was found dead on a Mississippi River levee. He was a gay man of color running for mayor of Clarksdale, Mississippi, and his death is being investigated as a homicide. According to a spokesperson from the campaign, McMillian may very well have been the first openly gay man to run for public office in the state. He was 34 years old. 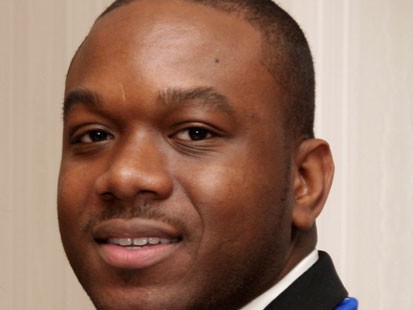 According to reports, McMillian’s SUV crashed head-on into another car on the highway on Tuesday, but McMillian himself was not in the vehicle, which is when the police began searching for him. Driving the car was 22-year-old Lawrence Reed, who is now being charged with the murder. As of this morning, authorities haven’t released a possible motive, and despite McMillian’s minority status, police said they had “no reason to suspect that his death was a hate crime.”

According to campaign spokesman Jarod Keith, McMillian had “big plans for Clarksdale.” Sissiretta Melton, a resident who knew McMillian since they were in seventh grade together, said that the candidate “knew this town needed him.” She said, “Kids here have nothing. We don’t even have a decent movie theater. He wanted to bring those things here.”

One family member who wished to remain anonymous told the New York Times that he believed the homicide was politically motivated. He said, “Maybe some people didn’t want him to run. Maybe he was a threat. They wanted Clarksdale to stay the same.”

Despite this speculation, McMillian was a well-respected candidate by many. In 2004, he was named one of the “30 up-and-coming African Americans” under age 30 by Ebony. He was also the CEO of MWM & Associates, which was a consulting firm for nonprofits. He spent four years as the international executive director of Phi Beta Sigma Fraternity Inc. McMillian’s campaign slogan was “Moving Clarksdale Forward,” a mission cut tragically short.

Regardless of the motive for the murder, the loss of this promising young gay man is devastating, for both his local community and for the LGBT community at large. As pointed out by The Huffington Post, “The Mississippi of 2013 is a state where where gay Americans still can’t marry their partners or count on legal protections from hate crimes and discrimination.” Had he been elected mayor, it would have been a historic event. As it stands, his death is a reminder of how far the US still has to go.